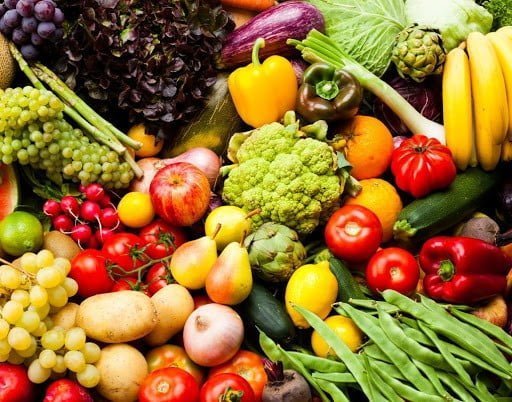 Home › News › Belarus bans the imports of fruits, vegetables, and nuts from the EU, the United States and other European countries

Unfortunately, the concerns expressed by EastFruit in the article dated 6 December about a possible ban on the imports of fruits and vegetables to Belarus are confirmed. The leadership of the republic decided to impose an additional tax on its own citizens and restrict their access to high quality fruit vegetables, berries, and nuts from January 1, 2022. The decree was published on December 7, 2021 on the National Legal internet-portal of the Republic of Belarus.

We note that Ukraine is not included in the list of countries from which the imports of fruit and vegetables is prohibited. Unexpected was the inclusion of non-EU countries in this list – not only the United States, Great Britain, Norway, Switzerland, Iceland and Northern Ireland, but also countries such as Albania, North Macedonia and Montenegro, which are not sanctioned by Russian. At the same time, Serbia, traditionally friendly to Russia, is not included in the list.

EastFruit experts analyzed who will benefit from the embargo and how it will affect the produce business of Belarus and Russia. After all, it has long been no secret that Belarus was a major transit point on the way of food banned in Russia to its stores. Thus, by prohibiting the import of fruits and vegetables from these countries, Belarus raises prices and limits the choice for its consumers, and deprives entrepreneurs in the fruit and vegetable trade of large additional income. By the way, in addition to vegetables, fruits, berries and nuts, Belarus also bans the import of meat and poultry, dairy products, meat products, confectionery and some other categories of goods.

Who will lose on the Belarusian embargo?
The most affected will be the consumers of vegetables and fruits from Belarus and Russia. They will have to pay more for lower quality products.

Poland, Spain, the Netherlands, Belgium and Greece will suffer the biggest losses. The total losses of exporters of fruits and vegetables from the EU may amount to about $300 million per year. Finding alternative markets will not be too difficult for the countries except for Poland. However, it will be a sensitive loss for EU farmers.

The rest of the countries that have come under the ban will most likely not even notice the impact of the embargo on the fruit and vegetable business. Although the loss of $10 million in exports may be sensitive for small North Macedonia.

Who benefits from the embargo?

It may sound strange, but the decision is most beneficial for Ukraine, which will now be able to supply higher volumes of fruits, vegetables and potatoes to Belarus. Ukraine is neighboring Belarus and annually supplies it with fresh fruits and vegetables worth $20-30 million.

In the context of the crisis in the fresh apple market #freshapplecrisis, the embargo will be a real gift for Ukraine, because apple prices remain extremely low there, especially for outdated varieties that are in demand only in Russia and Belarus. Given the lack of competition from Poland, apple sales may grow from January 1. However, importers will try to import as many products from the EU as possible by the end of the year. Belarus is also actively importing carrots, potatoes, frozen vegetables and greenhouse tomatoes from Ukraine this year.

It must be taken into account that Ukraine can also be included in the decree at any time.

The embargo is no less beneficial for Moldova. As in the case of Ukrainian apples, there are many outdated varieties that will be easier to sell to Belarus now. Moldova will also be able to improve the sales of table grapes, although their stocks are quite low this year. In the summer season, many fruits and berries from Moldova will find their way to the markets of Russia and Belarus easier. An additional potential benefit is an increase in re-exports from the EU to Russia through Moldova.

The embargo will be beneficial for Serbia, as well. After all, Serbia is not on the list, which means that the apples imports to Belarus will slightly increase. However, the priority of this destination for Serbia is decreasing now. Serbia also supplies high volume of stone fruit and blueberries to the Russian market and, partially, to the Belarusian market. By the way, Serbia can become a re-export hub for Russia instead of Belarus, although there was a scandal on this matter a couple of years ago and the volume of re-exports has dropped sharply then.

The ban will also benefit the countries of Central Asia: Kazakhstan, Uzbekistan, Tajikistan, Turkmenistan and Kyrgyzstan. However, the profitability will not be so obvious, since Belarus does not import much from them and logistics remains complicated and expensive. Given the lack of alternatives, Belarus may still increase purchases of stone fruits and early vegetables from Central Asian countries. To a much lesser extent, Georgia will receive its share of the benefits.

Turkey will receive multiple benefits from the embargo as it is the only country that can replace almost all the goods that Belarus will not be able to import from the EU. The situation on the Russian market may also become more favorable for Turkish suppliers. The situation is beneficial for Iran, too.

Citrus exporters from Morocco and Egypt will also be able to increase sales in the Belarusian market in the absence of competition from Spain, Greece and Italy.