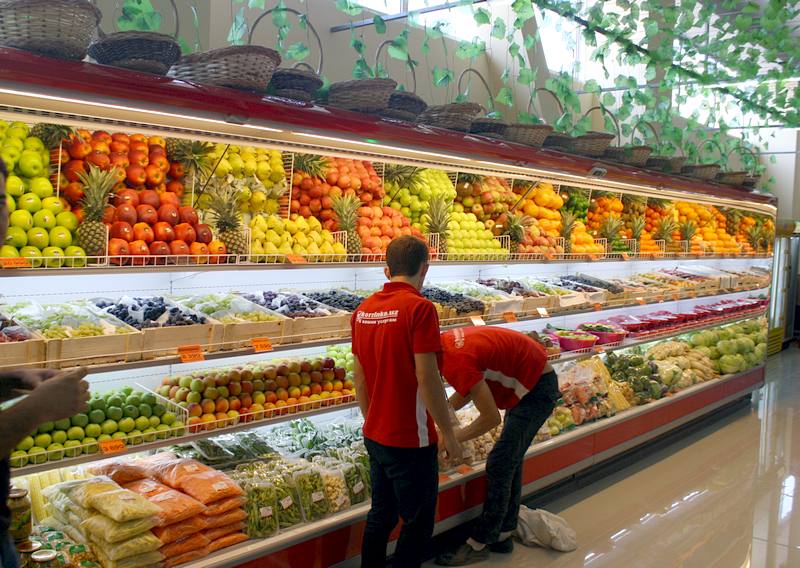 What does the retail market of Uzbekistan look like today and what are its prospects? Andrey Safronyuk, General Director of Orient Group (Uzbekistan), spoke about the current state of the country’s retail market and shared his forecasts for the development of modern retail in Uzbekistan in the next few years, with New Retail.

EastFruit gives a summary of this material below.

Oriental bazaars remain the main competitors of shopping centers and supermarkets, as they take up almost 90% of the country’s retail market. Although modern trade formats continue to increase their share, dekhkan markets (food markets – EastFruit note), for several reasons (historically, people bought at bazaars) retain their niche in this retail segment, given the low-income level of buyers and the increasing flow of foreign tourists, who will always be attracted by the color of oriental bazaars.

However, the retail market in Uzbekistan has been steadily gaining momentum in recent years. The main influence on the dynamics is provided by large trading enterprises, which accelerated the growth rate of retail trade in their segment from 14.5% to 23.5%, and their share in the total retail trade of the republic increased from 11.6% to 15.7, respectively. %. This, in turn, was reflected not only in the annual increase in the volume of retail trade per capita but also in the very dynamics of growth to 5.9% at the end of last year from 0.7% two years earlier.

According to marketers, the market of large retail chains of the republic has been mastered by no more than half, and even less in the regions.

Studies show that there is the highest share of modern food retail in Tashkent and the Tashkent region – 10.8%, and in Uzbekistan – 6%. This is understandable: the concentration of residents in the capital with a high level of income far exceeds other regions, where the main competition for large trading platforms is bazaars with lower prices.

If we talk about the domestic market in terms of the import product matrix, which is gradually expanding, today we can see the arrival of new brands and goods from Turkey, China, and the Middle East. This is due not only to changing supply chains around the world but also to the fact that retail trade in Uzbekistan is entering a period of strong growth. Foreign players and investors are already interested in the country’s supermarket segment. For example, major players have already entered the market: the French chain Carrefour, the Kazakh retailer Magnum Cash & Carry, the Russian chain Svetofor and others. Domestic players are also developing dynamically – Makro, Korzinka, Havas, Asia, and Baraka Market.

The market still lags behind the benchmark countries in terms of the share of modern retail by 10-15 years. In 2015-2021, the market grew by an average of 17% per year, with more than 58% of sales coming from food retail.

Modern retail is expected to double

The main trend in Uzbekistan is the transition from markets to retail chains. Many countries have gone through this, now it is the turn of Uzbekistan. The trend was especially pronounced during the COVID-19 pandemic, when panic among consumers, as well as the closure of almost all stores and markets, except for large chains, led to a shortage of some products.

Obviously, it was the chains, and not the markets, that managed to ensure the stability of supplies, leveling the panic of people. It’s simple – only systemic players can introduce limits and maintain the price level, while the markets often simply inflate the price by 2-3 times, thereby increasing the already high speculative demand.

The Orient Group estimates that in the base case, the modern retail market will grow to reach $15.7 trillion UZS ($1.4 billion) by 2026. This scenario is the most likely in terms of market conditions and historical growth.

The development most accurately repeats similar periods in the markets of Kazakhstan and Turkey. Therefore, according to our calculations, the share of modern trade should almost double, to 10.9% by 2026.