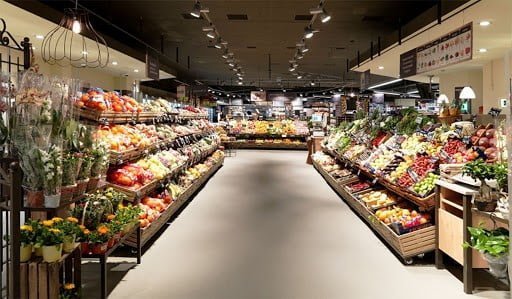 The EastFruit team conducts independent audits 3-4 times a year of fresh produce departments in supermarkets of Ukraine, Moldova, Georgia, Uzbekistan, and Tajikistan (countries of the EastFruit project). Retail chains and investors closely watch the results of these audits. They are also a very important tool for farmers and wholesalers in helping them to understand which supermarket chains are at risk and which chains, on the contrary, are actively developing.

Also, thanks to the EastFruit retail audit, fruit and vegetable suppliers can determine a more suitable chain to work with based on it’s positioning. Some chains are looking for the cheapest product on the market, while others search for the best quality premium products and the EastFruit team determines it.

On November 24-25, 2020, the EastFruit auditors visited 151 stores, which represented 46 supermarket chains in 8 cities of 5 countries: Ukraine, Moldova, Georgia, Uzbekistan, and Tajikistan. The cities where the audits were carried out: Kyiv, Odesa, Dnipro, Chisinau, Tbilisi, Tashkent, Dushanbe, and Khujand. The same methodology was applied on every visit, which helps for very accurate benchmarking of the results.

The most developed and competitive food retail market was in Ukraine where many international, foreign, and local chains operated. Many of them had national coverage, including small towns with a population of 10,000 or more. Retail trade was also actively developing in Moldova, where many local, two international, and several foreign chains competed. Georgia is still in third place, but it may be overtaken by Uzbekistan where foreign investors are now actively planning to enter. The least developed was the retail food business in Tajikistan where only a few chains operated, including one international. However, the retail business in Tajikistan struggled with produce departments. One of the chains in 2020 had to close this department altogether as bazaars were simply much more competitive and appealing to consumers.

The most represented supermarket chains in the cities of our audit were Auchan and Metro Cash & Carry, whose stores operated in four out of eight cities. Moreover, in three of them, these networks competed directly – all of them in Ukraine. Both networks were represented in two of the five EastFruit countries.

Carrefour at the time of the audit had only one store in Tbilisi but opened one a few weeks later in Tashkent. Thus, in our next audit, Carrefour will be represented in two countries just like Auchan and Metro, but it will be less represented in terms of cities.

Two Ukrainian chains were operating in all three cities of the audit – Silpo and ATB. However, these are not international chains. Two more Ukrainian supermarket chains that operated in neighbouring Moldova were Furshet and Velmart.

Also, two more international supermarket chains operated in the region, which was present only in one of the EastFruit countries: Kaufland (Moldova) and Billa (Ukraine). However, the entire business of the Billa chain was bought out by a relatively young Ukrainian supermarket chain with foreign investments operating under the Novus brand, which means that the Billa brand will cease to exist in our region in the near future.

Now let’s see how successful these supermarket chains were in the region’s produce trade in November 2020.

Only one network Auchan became a leader in two audit cities: Kyiv and Dushanbe. It is hard to count it as a success in Dushanbe, however, as there were only three supermarket chains in the capital of Tajikistan. Also, while Auchan performed better than others, its produce department in Dushanbe was not one to be proud of. In addition, Auchan’s performance in Odesa was also very poor compared to its competitors. It has also not performed well in Kyiv in the past and it’s lead in November 2020 came as a surprise to many. These unstable results suggest that Auchan lacks consistency and continuity in managing produce departments even within one country.

Metro Cash & Carry is indeed a regional leader in terms of performance. Despite the fact that it positions itself as a wholesale chain of supermarkets, it looks very good in competition with retail competitors. Although Metro did not win in any of the cities in November 2020, it also never fell below third place in the most competitive cities, scoring two seconds and two third places. Kyiv, Dnipro, Odesa, and Chisinau were indeed the most competitive cities of the region in produce retail and Metro worked exactly in these cities maintaining very high standards of the produce departments.

Kaufland is another international network that recently entered the retail market of the region and immediately took the lead in the capital of Moldova confirming its leadership status with each of our audits. Moreover, in November 2020, Kaufland sharply strengthened its position in terms of prices – the only indicator where it was not competitive during the previous audits.

Carrefour at the time of this audit was present only in Georgia, where, as a rule, it was the leader of our produce department rankings or, at least, one of the leaders. However, in November 2020, Carrefour sharply surrendered positions becoming third-worst supermarket chain in Tbilisi.

Fozzy Group, one of the two largest players in the food retail sector of Ukraine, does not operate in other countries. However, Ukraine owns five retail chains: Fozzy (hypermarkets), Silpo (supermarkets), Fora (convenience stores), Le Silpo (premium supermarkets), and Trash (hard discounters). At the same time, Silpo, the largest chain of the Fozzy Group, operates in several different formats from store size and assortment to pricing.

The largest chain of the Fozzy Group seems to also be the weakest as its positions in produce department rankings keep going down in recent years. According to the results of the November 2020 audit, Silpo was among the outsiders in Kyiv and Dnipro and took a place below average in Odesa. Only the Le Silpo chain of the Fozzy Group shows good results in both Kyiv and Dnipro; it was in leadership positions and even showed a certain improvement over the recent year.

We will also name the leaders in the comprehensive assessment of fruit and vegetable departments in other countries that do not belong to large international companies: Fresco supermarket chain in Georgia, Green Apple in Uzbekistan, and Oasis in Tajikistan (Khujand).

Carrefour to open 2 more hypermarkets in Tashkent (Uzbekistan) this spring

Supermarket chains of Uzbekistan – produce department ranking as of November 2020

10 billion to a landfill? Why cheap dirty potatoes are expensive for consumers, farmers, and supermarkets