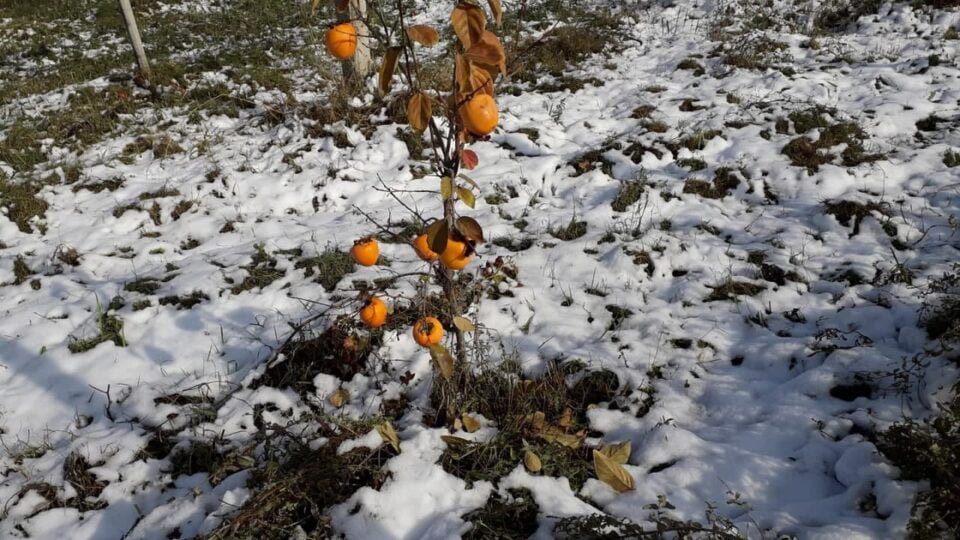 Home › News › Will orchards survive snow and frost in Tajikistan?

It got colder and a lot of snow fell in Tajikistan on January 10-11. Asia-Plus found out how a sudden weather change can affect the orchards and vineyards.

Professor at the Tajik Agrarian University Saidali Gulov believes that snow is a positive factor in preparing orchards for the future harvest. Scientist is sure that snow should not be removed from branches, as it creates comfortable conditions for wintering orchards. Trees will tolerate frosts more easily if there is enough snow. Snow must be collected around the tree trunk to protect it from early awakening.

Scientist of the Institute of Botany, Physiology and Plant Genetics of the Academy of Sciences of the Republic of Tajikistan, Doctor of Agricultural Sciences Kurbonali Partoev believes that snow is “a gift of nature to agricultural producers of the republic”.

“Snow is favorable for rainfed agriculture. After the snow, the soil softens and becomes easier to cultivate, which is good for farmers growing crops, Partoev notes. — Snow cleared the fields and trees after the dust storms and harmful impurities, and the air became cleaner, which will have a positive influence on the health of people, animals, and plants. In economic terms, fields suffering from drought get the necessary moisture, and farmers will save on irrigation.”

Kurbonali Partoev recommends digging holes around the trees and pouring in at least 20-30 liters of water when the snow melts.

Snowless winters have become a cause of concern for farmers over the past 5 years in Tajikistan, as they had to re-sow and plant crops due to a lack of moisture in the soil.

FAO International Consultant Bakhtiyor Abduvokhidov, in a commentary to EastFruit, is not so optimistic in assessing the situation. He says that many experts forget about frosts when talking about the positive effect of snow.

“Long frosts can leave farmers without harvest, as was the case in 2008. Heat-loving plants can freeze,” Bakhtiyor Abdukhovidov fears.