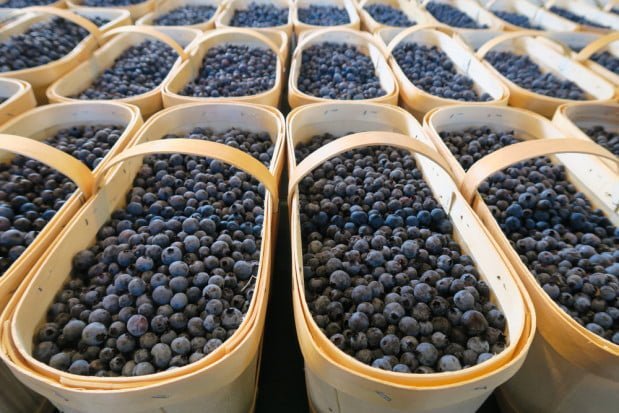 Home › News › Wholesale prices for blueberries have increased in Ukraine

According to EastFruit project analysts, there has been a tendency for an increase in blueberry prices in Ukraine this week. Market participants say the price rise in the segment is due to the off-season reduction in the supply of blueberries on the market, since the harvesting of early varieties of blueberries has already come to an end, and only producers in the western regions have started harvesting later ones. At the same time, demand remains quite high, causing an increase in selling prices for blueberries.

As a result, blueberries are currently offered for sale at 80-140 UAH/kg ($2.19-3.83/kg), which is on average 16% more expensive than last week. Key market players say the main reason for the rise in prices is the reduction in the supply of blueberries while there is a high demand for them.

The current level of selling prices for blueberries corresponds to the price level of last year in the same period. But most producers consider the price increase in the segment to be a temporary phenomenon. According to them, as soon as the harvesting of blueberries of later varieties begins in the country, the supply of blueberries on the market will start growing rapidly and selling prices will fall accordingly.