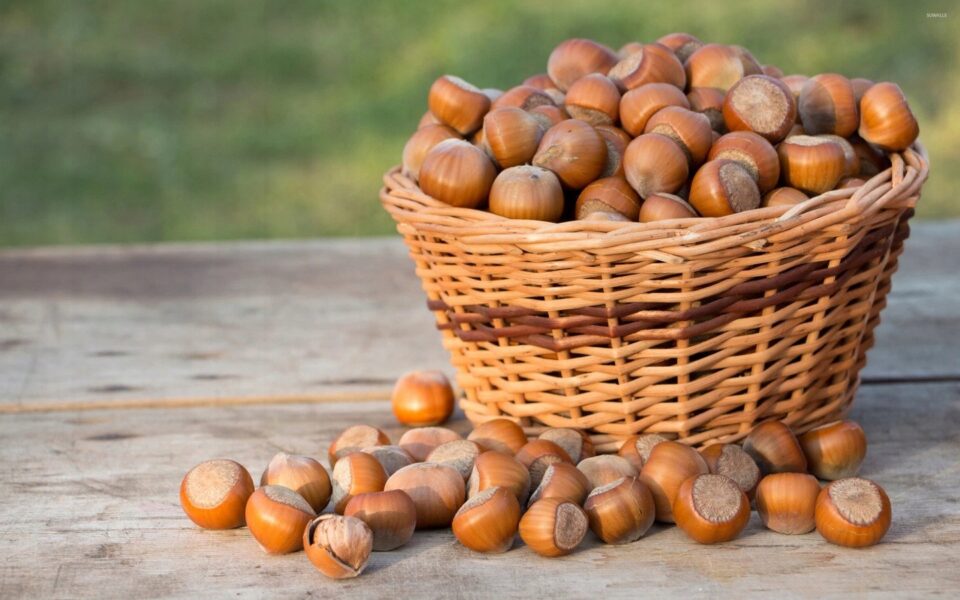 EastFruit analysts keep a track on the new hazelnut season in Georgia – export data for the August looks underwhelming. Export volume of hazelnut kernels, one of the major exporting products of the country, has reduced in half compared to the August 2021. Prices are also on low levels. 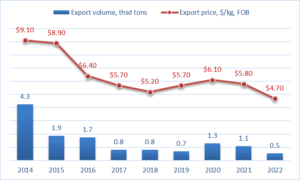 This August, Georgian hazelnut kernel exports amounted to only 0.5 thousand tons, which is the lowest volume for August in at least last 9 years. Export prices have fallen to one of the lowest levels: since 2014, more than 75% of all monthly average export prices are higher than the current average of $4.70/kg. This price is also the lowest price for August. Top 3 export destinations at the start of the new season were Germany, Armenia and Russia.

The burst of exports of in-shell hazelnuts, which was observed in the previous season, did not continue this time. Last season, there was a strong demand from Italy, which was correctly assumed to be a one-time occurrence, which would not turn into a trend.

Georgia exported about 10 times less in-shell hazelnuts in August 2022 compared to the August a year before. This August, the hazelnuts were exported to Uzbekistan, Armenia and Russia. Looking at the export prices, this is very likely to be leftover hazelnuts from the previous season. There were no purchases from Italy.

Many key factors are working against the Georgian hazelnut export volumes and the prices:

Quality hazelnuts are likely to be well in demand this season. There is a speculation that Turkish harvest may not be of the best quality due to the rainy weather.

August, the first month of the hazelnut season was quite interesting, but the upcoming months are more important, as the most market action happens in these months. EastFruit will keep tracking Georgian hazelnut exports and will provide insights on monthly basis.