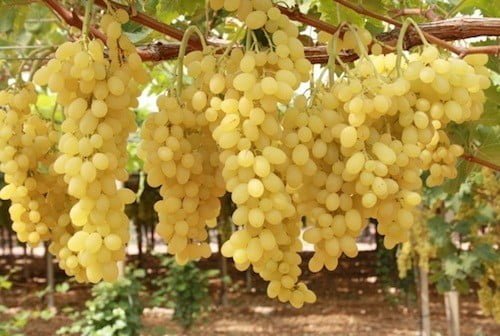 Grapes are the largest export position of Uzbekistan in the fruit and vegetable segment. The season for exporting fresh table grapes of the new harvest started in the second decade of June this year with the start of exports of early-ripening varieties, about a week earlier than last year. Uzbekistan has exported a record volume of table grapes over the past six months since the export season started, EastFruit experts say.

According to preliminary official statistics, Uzbekistan exported 206 800 tonnes of fresh table grapes worth $173.4 million from the beginning of June to the end of November 2022, which is 5% more in physical terms and 30% more in terms of export earnings compared to the same period last year. Considering that a record volume of fresh grapes was exported in the same period in 2021, Uzbekistan updated the previous record in 2022.

Most fresh table grapes from Uzbekistan were shipped to the Russian market, and the total share of four countries, Russia, Kazakhstan, Kyrgyzstan, and Belarus, accounts for 99.6% of the total exports:

It is worth noting that the exports of Uzbek fresh table grapes to Pakistan amounted to almost 800 tonnes in the period under review, while there had been no such exports for at least the last five years.

The season for the export of fresh table grapes from Uzbekistan lasts about 9-10 months from June (the beginning of the mass harvesting of early-ripening varieties) until the end of March next year. Thus, there are still about 4 months left until the end of the 2022 fresh grape export season and summarizing its results.