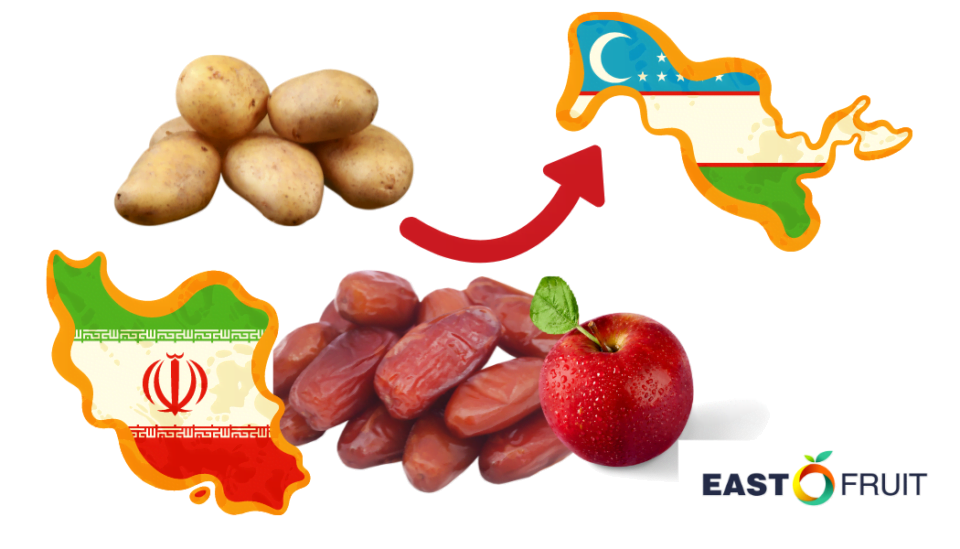 Among the sales markets that increased fruit and vegetable imports from Iran faster than others, Uzbekistan stands apart. In 2021, it spent 5 times more money on importing vegetables and fruits from Iran than in 2020. Iran’s revenue from the supply of fruits and vegetables to Uzbekistan in 2021 reached $46.2 million, making Uzbekistan the 15th largest market for Iran.

Read also: Watermelon imports to Russia in 2021 were record-breaking due to supplies from Iran

Obviously, the main product of the fruit and vegetable category, which was exported from Iran to Uzbekistan, was marketable potatoes. The volume of exports of Iranian potatoes to Uzbekistan in 2021 reached 146 thousand tonnes, having increased 36 times. Iranian dates were the second, of which Uzbekistan imported 7.4 thousand tonnes – 3 times more than in 2020.

Fresh apples were the third in terms of exports. Uzbekistan increased the import of Iranian apples by 9 times to 6.4 thousand tonnes in 2021! The next most imported Iranian fruit in terms of volume was kiwi. Uzbekistan bought 3.9 thousand tonnes of kiwis from Iran in 2021, doubling imports in a year! However, kiwi can be successfully grown for domestic consumption in Uzbekistan and exported to other countries!