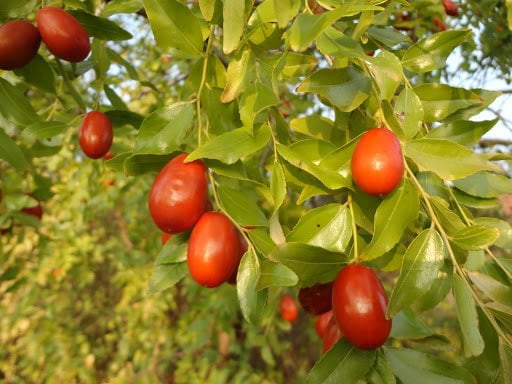 This autumn in Georgia, small round or almond-shaped fruits of reddish-brown color appeared in roadside stands in modest quantities. In Georgian, this fruit is called “unabi,” but it has several names like jujuba, ziziphus, Chinese date, Chinese apple, Indian plum, Indian jujube or dunks. The genus name ziziphus comes from the Greek word “ziziphon” and traces back to the Persian word “zizafun,” which was the popular name for any edible fruit; French jujube or medieval Latin jujuba are names of the unabi fruit.

Unabi is not widespread in Georgia, despite the fruit’s useful, almost miraculous properties. Moreover, almost everyone has tried unabi once, but few can recognize this tree or shrub even though it has been in Georgia for a long time. From 10 to 15 years ago, the majority of the population of Georgia did not know anything about unabi except for those with household plots growing them and, of course, Georgian scientists engaged in its development in the field of agriculture. Associate professor, doctor of agricultural sciences, and head of the department for research of fruit crops Zviad Bobokashvili noted in an interview with EastFruit that historical and literary data on the existence of unabi in Georgia have been found since the Middle Ages. Presumably, it was brought by Arab and Central Asian merchants during the functioning of the Great Silk Road. 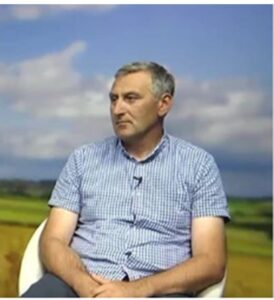 Industrial, large-fruited varieties of unabi – Ta-Yang-Zao (Lang) and Li-Jiao (Li) – were brought to Georgia in the 1930s. It was only much later when Tajik relatively small fruits (e.g., Vakhshi, dates, etc.) spread. Scientific research of these crops was actively carried out in the 1980s. The recently deceased Georgian scientist Lali Mosiashvili made a great contribution to the popularization of this culture in Georgia. Today, unabi trees common in Georgia are presented in the form of root outgrowths and spontaneous reproduction of seedlings, less often by grafts. 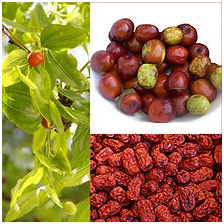 Unabi is a light and thermophilic plant that prefers slightly acidic fertile soils. For normal fruit ripening, a sum of 2900 to 3200 active temperatures is required. It tolerates frost well from -25 to -27 degrees. Despite its drought tolerance, it grows and bears much better in humid conditions, although excessive water can cause the tree to wilt.

Unabi rapidly enters the fruiting age. The first crop produces in the second or third year after planting, and enters full fruiting in the fifth or sixth year. This is a long-lived tree. In China, there are known specimens of unabi whose age exceeds 400-500 years. The average yield per tree is 12-20 kg, and the yield per hectare is 10-14 tons. Most varieties are self-fertile or semi-self-fertile, although planting multiple varieties in the same garden significantly improves fruit quality. As already noted, unabi can take root in almost all regions of Georgia, but the three regions of Kakheti (Eastern Georgia), Samegrelo and Adjara (Western Georgia) are distinguished for obtaining an industrial crop.

The wholesale price of unabi in the local market has been stable for the past few years and, depending on the quality, ranged from 1.0-1.5 lari. This year the price has risen from 3.50 to 4.0 lari, which may become a prospect for this crop in the future. 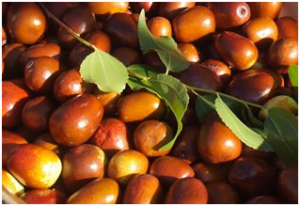 Professor Zviad Bobokashvili ranks unabi as a niche culture and does not exclude its advancement in this direction. “There are leading fruit crops such as apples, pears, and plums. But, there are crops of a somewhat limited area, the so-called niche crops. These include unabi, quince, feijoa and others. I would compare unabis with feijoa both in terms of usefulness and in terms of the need to promote and increase their awareness in the market. But besides being recognizable, there must be an interest in implementation. And a product becomes interesting for a farmer if there is an attractive selling price.” 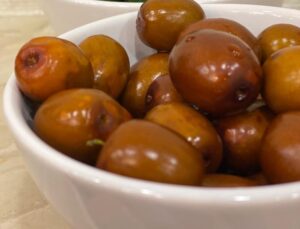 And, of course, demand. Lasha Shalamberidze, Head of the Department for Cooperation with Regions of the Agency for the Development of Rural and Agricultural Development of Georgia, said in an interview with EastFruit: “There is no talk about the industrial scale of production of unabi in Georgia yet. The crop is found in individual household plots. Intensive orchards are not laid out. But it all depends on demand. If there is a demand on the world market, there will be orchards.”

In the meantime, for Georgian farmers from the regions Kakheti, Samegrelo and Adjara, planting small orchards are a good opportunity to diversify production. And, in the Lagodekhi municipality of Kakheti, things have already begun to move forward.