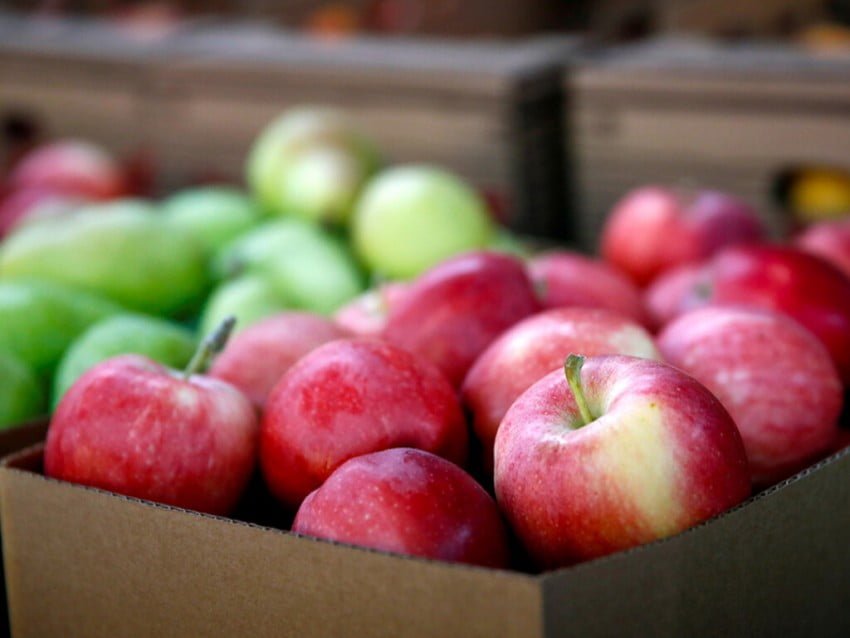 The EastFruit team in Georgia interviewed leading producers, processors, exporters and importers of fruit and vegetable products, as well as solution providers for the industry, officials and experts to identify the most significant events over the past 10 years that have had a decisive impact on its development. Below is a consolidated version of the ranking of the most important events for the Georgian business of vegetables, fruits, berries and nuts in chronological order as these events occur.

The first part of this series on Georgia’s Top 7 events can be read here; and the second part read here. Below is the third and final installment of our series on the main events in the Georgian fruit and vegetable industry over the past 10 years.

5. In 2016, Georgia exported blueberries for the first time to the UAE.

The industrial production of blueberries in Georgia began relatively recently in the 2000s. At the same time, the Plant the Future program gave a more powerful impetus to development.

It should be noted that, thanks to international donor projects, the development of blueberry production in Georgia started on the right foot with the selection of soils and blueberry varieties that grow well in Georgia and are in demand on the world market.

Therefore, already in 2016, the first consignments of Georgian blueberries were exported to the Middle East market in the UAE. “From the very beginning, we focused on Persian Gulf countries since, in the EU market, we are losing to the logistics of Spain whose producers can deliver blueberries in 2-3 days by road,” recalls Giorgi Gviniashvili, head of Agrolane. “In the UAE, Qatar and Kuwait, we are in the same conditions as the EU – all the world’s major producers deliver blueberries by air.”

“In 2016, our company took part in the Gulf Food Exhibition where we managed to get to know our first customers, to whom, a few months later, we sent the first consignments of our fresh blueberries from Georgia. We are successfully working with this company today. This year, deliveries to Dubai, of course, were complicated due to the interrupted air traffic due to the pandemic and quarantine measures, but we still ship blueberries through Baku,” says Giorgi.

Also, according to Giorgi Gviniashvili, only a high-quality product can be exported to markets such as the UAE. For this reason, in addition to production technologies, blueberries must be able to be properly processed and packaged. Without sorting, packing and cooling, you shouldn’t think about exporting.

Nevertheless, the very fact of blueberry supply to such a distant sales market attracted the attention of investors. He also showed farmers that there are many interesting sales markets and niches attractive for business in the produce business.

6. In 2017, Georgia banned the sale of agricultural land to foreigners.

According to the 2017 report of the State Commission on Migration Issues, “Among foreign citizens investing in real estate in Georgia, there are citizens from Georgia’s neighboring countries – Russia, Ukraine, Armenia and Azerbaijan. Presumably, some of these individuals are former Georgian citizens who emigrated to these countries and wished to maintain stronger ties with Georgia through real estate investments. The same may be partly true for the citizens of the United States and Israel.”

The share of foreign direct investment in agriculture in Georgia over the past 10 years did not exceed 4%, but in 2018, it dropped to the minimum (negative) value -0.14% (-$1.8 million) (i.e., the ban on the purchase of land by foreigners immediately led to an outflow of foreign investment in the country’s agriculture).

Georgia has been a net importer of apples for many years. However, in the 2018/19 season (July-June), the export of Georgian apples, unexpectedly for many market participants, increased 10 times compared to the average value over the past five years and reached 12,500 tons. Naturally, 89% of the exported apples were supplied to the Russian market.

In addition, Georgia’s trade balance for apples turned positive for the first time, and Georgia became a net exporter of apples. Apple imports to Georgia in the same season also became the lowest over the past five years and amounted to only 3400 tons. This was facilitated by the decline in prices in the domestic market due to the high harvest.

At the same time, the shortage of capacities for storing apples still has a negative impact on this business. An apple falls in price during harvesting and in the second half of the season it is usually not enough to meet domestic demand, prices for it rise, and import.

Georgian growers expect that the apple harvest in 2020 will also be 50-60% higher than in the previous season. “In 2019, the apple harvest in Georgia was at the level of 44,000 tons, which is 47% less than in the previous year. The factor of the frequency of fruiting played a role. In addition, several strong hailstorms occurred in the Gori region (the country’s largest apple producing region), which destroyed up to 80% of the crop. This year the weather is more favorable, and if everything continues, I think the harvest will reach 65,000-70,000 tons, which is 50-60% more than last year. The average prices for an apple in the coming season, in comparison with the one that already ended and taking into account all factors, in my opinion, will be 10-20% lower,” said Ilya Mishchenko, director and co-founder of GUFruit, a major Georgian apple producer.

The importance of Georgia’s transition to the category of a net exporter of apple, the most affordable fruit, cannot be underestimated. First of all, the drop in apple prices in the 2018/19 season came as a shock to many producers, and the least efficient of them realized that they needed to either develop this business or give way to more successful ones. It also clearly demonstrated the need for investment in apple storage infrastructure, which can become a starting point for the development of infrastructure for the storage and processing of fruits and vegetables in the country as a whole. Most importantly, many manufacturers realized for the first time the importance of investing in product quality, because high-quality products could be exported and get a good profit even in this season. Accordingly, the Georgian consumer was also able to gain access to a better and less expensive product, and the fruit and vegetable business received new incentives and opened up new horizons.