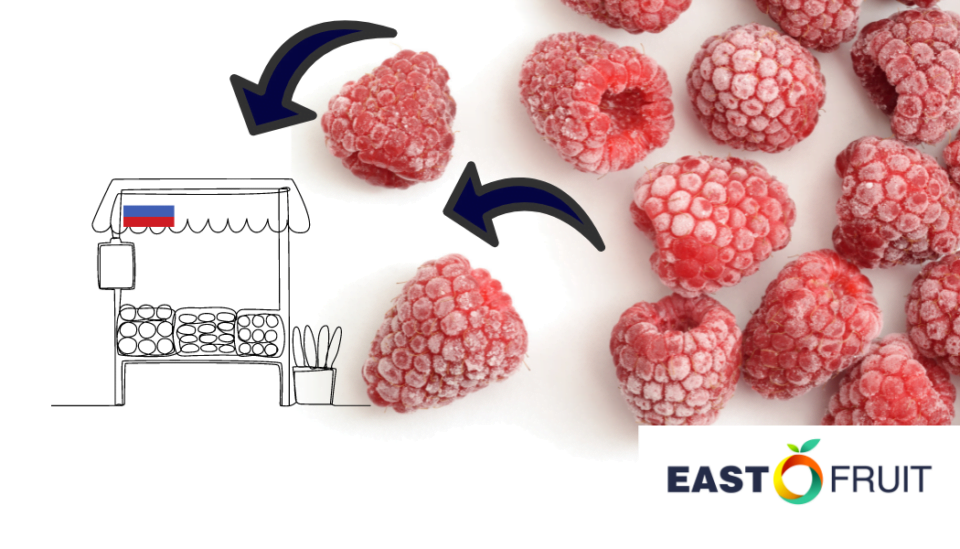 EastFruit analysts in their study of trends in the global frozen raspberry market noted that Russia has become second in the world in terms of increasing imports of frozen raspberries after Poland.

Notably, despite the rapidly growing global prices for raspberries, Russia continued to increase imports in 2021. Since the raspberry harvest in Serbia has fallen sharply, imports from Serbia have also declined, and alternative suppliers have had to be sought.

Thus, the imports of raspberries produced in the EU countries and Ukraine and supplied through Belarus has grown sharply. Imports of frozen raspberries from Belarus to Russia increased by a third and reached 14 000 tonnes in the first 10 months of 2021. However, noteworthy was the involvement in this business of new countries that had not previously exported frozen raspberries to Russia.

We already wrote that frozen raspberries were exported to Russia by Uzbekistan for the first time. According to market participants, Uzbek enterprises bought fresh raspberries for freezing even in neighboring Tajikistan! The supply of frozen raspberries from Uzbekistan to Russia reached quite an impressive 144 tonnes in 10 months of 2021, which allowed Uzbek exporters to earn more than $570 000 in export earnings.