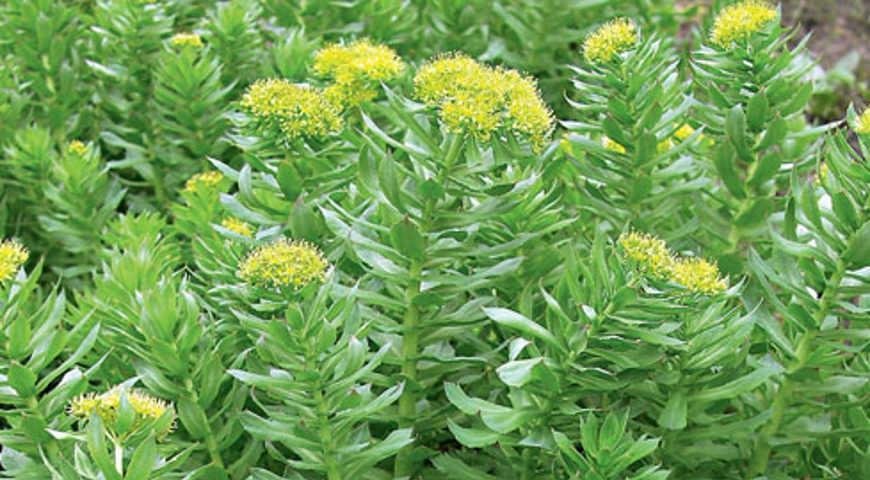 Rhodiola rosea is an interesting niche medicinal plant in terms of profitability for cultivation in Ukraine. The price for this dry root on the domestic market is on average 1,000UAH/kg ($35) with an average yield of 15-20 centners/hectare. The yield of dry raw materials during the processing of Rhodiola rosea is approximately 30-32% meaning from 1 kg of the raw root, you can get 300 grams of dry.

This information was shared by Oleksandr Hubanov, Deputy Chairman of the Ukraine Herbal Products Association (UHPA) and Technological Consultant for Shlosem Ukraine, during the webinar “Growing Niche Medicinal Crops is a Profitable Business” held on October 28, 2020. The event was organized by the Ukrainian Horticulture Business Development Project (UHBDP).

“In terms of its impact on the human body, Rhodiola rosea, or golden root, is on the same level as ginseng. The main feature of the plant is as an adaptogen reducing stress, fatigue, and increasing the efficiency of the human body,” said Oleksandr Hubanov.

He also pointed out that in recent years, the demand for medical preparations based on Rhodiola rosea has sharply increased in the world. For example, the annual volume on the Norwegian market alone is estimated at 25 million euros.

When Oleksandr Hubanov spoke about producing this plant, he cautioned that the germination of Rhodiola rosea seeds is very low. “In the first year of growing the seedlings, they are quite finicky. Therefore, growing Rhodiola rosea in the first year is quite difficult. In biology, there are concepts such as free and bound water. And in the first year, a lot of free water is formed in the roots. If the air temperature rises to 35-40 degrees Celsius, then it is the free water that comes out of the plant roots very quickly, and very little bound water remains. Therefore, within 2-3 days, the plant begins to wither and either disappears altogether, or it dumps the ground mass. That is why, due to the high temperature and the above physiological characteristics of the plant, Rhodiola rosea is rather difficult to grow in the southern regions of Ukraine in the first two years. Starting from the third year of a plant’s life, it can be grown in any regions of Ukraine.”

He also said that the plant is unpretentious to the composition of the soil. “The only thing it doesn’t like is acidic and sandy soils. The latter do not hold moisture very well and during a drought period the plant can drop the groundmass, which negatively affects the yield,” the specialist noted.

Mr. Hubanov explained that the average crop yield per hectare is 15-20 centners, but if the root mass of the plant is in the range of 500-600 grams then the yield will be significantly higher. “The interesting thing is that in order to obtain the most useful raw material of Rhodiola rosea, it must be harvested during the flowering period or even at the end of fruiting. You need to dig out the roots after collecting the seeds of Rhodiola rosea and this period falls at the end of August.”

He also noted that international and Ukrainian prices for Rhodiola rosea root differ significantly. The Ukrainian price of dry root is on average 1,000UAH/kg ($35). Yet, prices on the Chinese and European markets are higher and in the range of $100-250/kg depending on product quality.

It’s really interesting article on the rhodiola, I have a farm in Alaska and grow organic rhodiola rosea. Rhodiola rosea is a cold climate root.it like cool weather and I have no problem with starters and the water issue. You can look up my farm on you tube . flyingmoose farm.