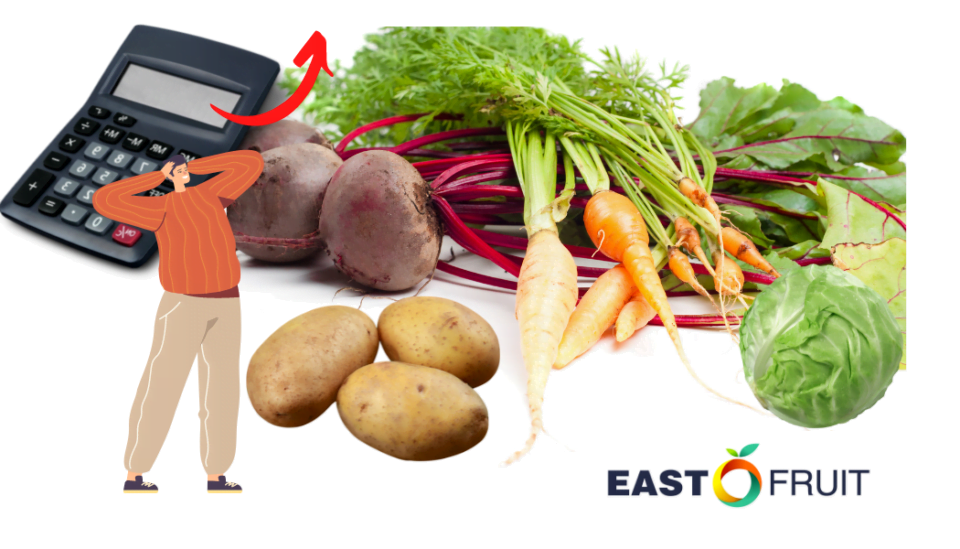 According to EastFruit analysts, the prices for some vegetables in Ukraine at the end of 2022 were record high, and for others – record low. The main reason was a full-scale military invasion by Russian aggressors, which destroyed production in southern Ukraine and all logistics, and forced millions of Ukrainians to leave their homes in search of asylum abroad.

Read also: Wholesale prices for fruits in Ukraine have doubled over the year – banana and grape prices have risen the most

Onion prices have risen the most in 2022. Wholesale prices for onions in 2022 increased in hryvnia (UAH) by 3.1 times. Carrot prices have risen by 2.4 times in UAH. Of course, the price increase in USD was smaller, but since consumers in Ukraine paid for vegetables in local currency, price growth in UAH is much more indicative. It is also important for producers to know prices in dollars – most of their expenses depended on foreign currencies, since seeds, plant protection products, fuels and lubricants, parts for machinery, and fertilizers were imported to Ukraine. 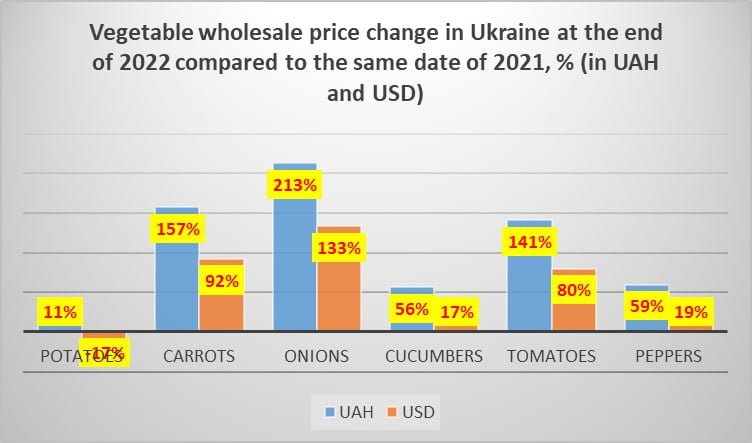 The opposite was true for potatoes. The main potato-producing regions were not occupied by Russian aggressors or were liberated in time for the resumption of fieldwork. In addition, fearing a lack of access to food, people have dramatically increased the areas planted with potatoes, which has led to their oversupply on the market. The average wholesale price for potatoes at the end of 2022 in Ukraine was only 11% higher in UAH than last year, but 17% lower in USD. In fact, the price of $0.14 on December 30, 2022, was the lowest ever. Obviously, there was no potato growers’ income at this wholesale price since it did not even cover the costs for the purchase of high-quality seed material. And this may have a negative influence on potato production in 2023.

Greenhouse vegetables, tomatoes, cucumbers, and peppers have risen in price, but less than onions and carrots. The price rise is less sharp than one might expect, given the energy crisis in Europe and especially in Ukraine, and import logistics issues. At the same time, the demand for greenhouse vegetables in Ukraine also declined notably.