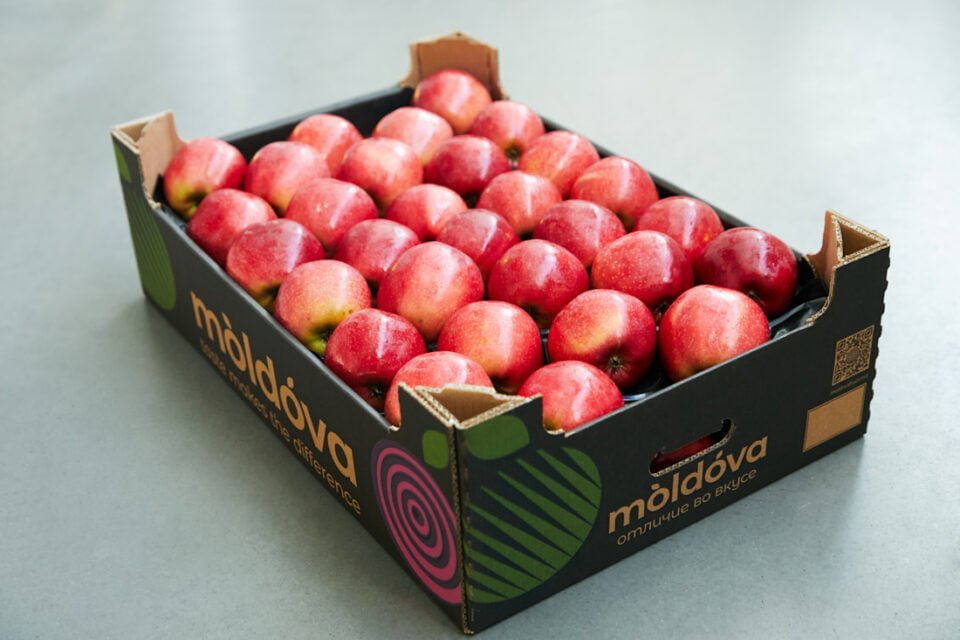 The first batch of apples was exported from Moldova in standardized cardboard boxes last week. On the boxes was the logo and slogan of the updated trademark for fruit products that read: “Moldova – un gust deosebit,” which translates in English to “Moldova – taste makes the difference.”

This trademark has been used since 2014 by members of the Fruit Producers and Exporters Association of Moldova, also known as Moldova Fruct. In 2020, with the support of USAID’s Efficient Agriculture of Moldova (APM) project, the organization was rebranded, including the redesign of the trademarked slogan “un gust deosebit,” and a new regulation for its use was developed. 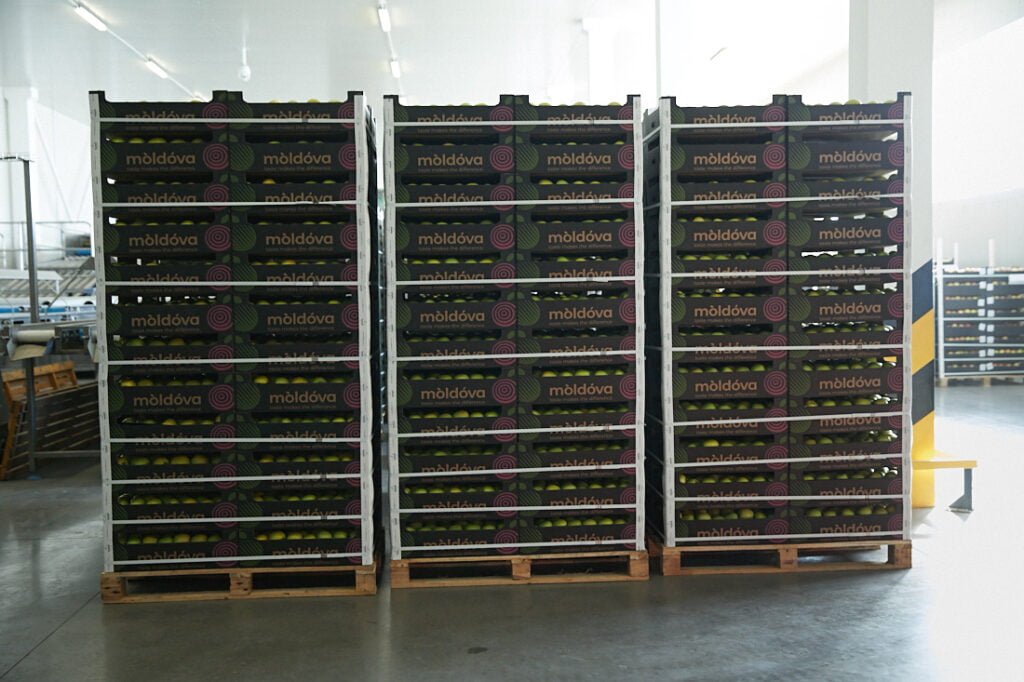 According to this regulation document, a special commission of the association empowers member agricultural producers (at their request) to place brand attributes on containers for top quality products. The commission also issues a permit for the manufacture of branded fruit boxes to container producers upon confirmation of the right of its customer to use the “Moldova – taste makes the difference” trademark. Currently, this is a free option, however, in the future, it will be charged. At the moment, only two horticultural companies have the right to use this trademark.

It is important to note that the state strategy and action plan for the development of fruit growing until 2025 adopted by the Moldovan government at the end of last year, provides for the transformation of the trademark into the country’s national brand for all products of the industry even though the idea was initially export-oriented. The design of a trademark “Moldova – taste makes the difference” involves writing the slogan in three languages – Romanian, Russian, and English – depending on the direction of export. However, the question arises as to whether the branding of Moldovan fruit products will remain a national trademark or will become mandatory in the future.

The leadership of Moldova Fruct considers it acceptable to place the trademarked logo and slogan in addition to the brand of producers and traders. Also, it does not exclude the possibility of simultaneous membership of holders with the right to use the “Moldova – taste makes the difference” trademark administered by Moldova Fruct in several separate non-governmental organizations of agricultural producers. For example, representatives of the National Association of Table Grape Producers note that within the framework of the organization, their “Struguri din Moldova” (Grapes from Moldova) trademark has been used for many years and the growers do not intend to abandon it.