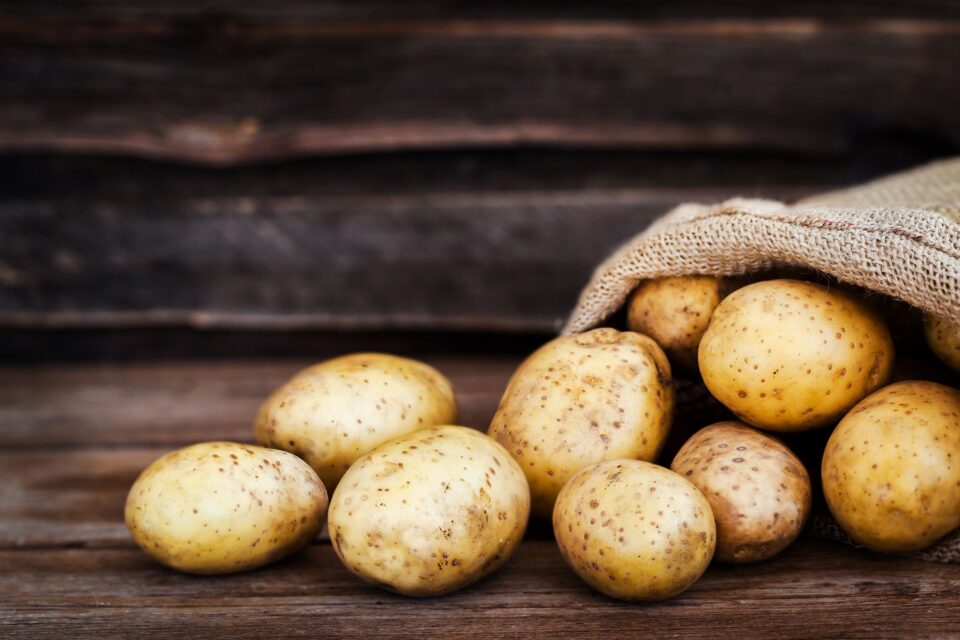 Home › News › Prices for potatoes in Ukraine are approaching zero

Analysts of the international project EastFruit recorded another decrease in prices for potatoes on the Ukrainian market. To date, wholesale batches of potatoes from local farms are offered at 3.5-6.0 UAH/kg ($0.09-0.16/kg).

Recall that the range of wholesale prices for potatoes at the end of last week was at the level of 4.0-7.0 UAH/kg ($0.11-0.19/kg). As market participants reported earlier, there will be no further price reduction in the potato segment, since it will not be economically feasible to sell at lower prices.

However, the point is that potato prices in Ukraine keep declining. Professional growers identified several factors that led to the strengthening of negative price trends in the potato segment. As has been repeatedly reported, the peak of potato harvesting in Ukraine coincided with the rainy season, which is why large volumes of potatoes that cannot be stored long became available on the market. As for the total stocks of potatoes this season, the yield was high, both in commercial production and households. Another important factor that led to a further decline in potato prices is the desire of farmers to sell off the maximum possible volumes of potatoes. The latter fact applies to the producers of the northern and western regions, especially those close to the borders with Russia and Belarus.

According to EastFruit analysts, the current potato prices in Ukraine, which are lower than last year, make us wonder if there will be enough of potatoes harvested in 2022 until the end of the current marketing season. If local farmers keep trying to get rid of all the available volumes of potatoes as soon as possible, the issue of importing potatoes to Ukraine may become relevant in the second half of the season.