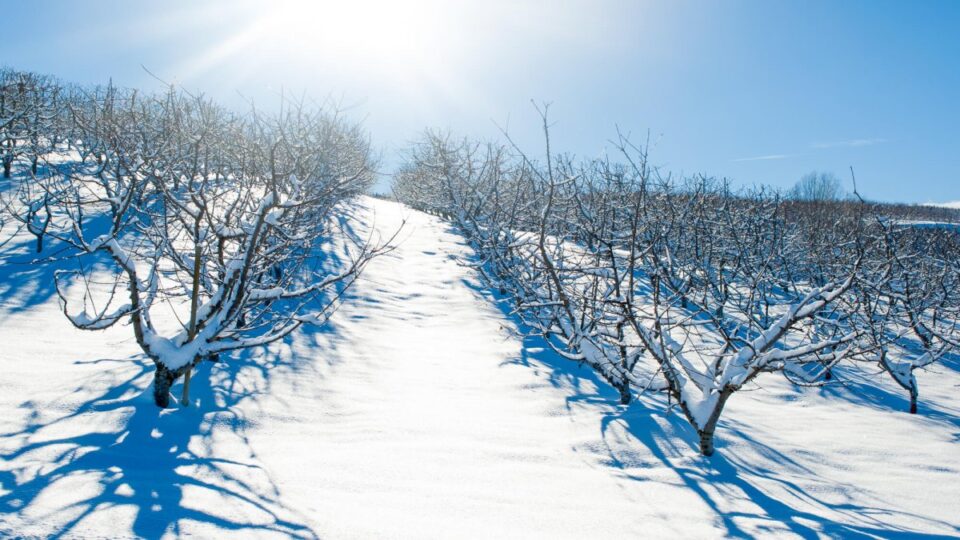 This week, the atmospheric temperatures at night in Moldova plummeted from -13 to -18 degrees Celsius, a ten-year low. However, experts agree that frost in itself does not pose a serious threat to orchards but the thaw predicted for next week could bring problems.

Agronomists of horticultural enterprises note that frosts came at a time when fruit plantations had been dormant for a long period of time. A drop in temperature from -16 to -18 degrees in the northern regions of Moldova, where most of the pome (apple) orchards are concentrated, does not pose a great danger under the current conditions.

However, the current frost wave is much riskier for stone fruits, especially peaches and apricots, but their plantations are mainly located in the central and southern regions of the country. Thankfully, there the temperature at night has not yet dropped below -13 degrees. Operational inspection of the orchards has not yet revealed mass freezing of flower buds. However, the details of the situation can be judged after a thorough survey of the orchards next week.

At the end of this week and next week, the hydrometeorological service of Moldova predicts warming in some areas up to +10 degrees Celsius. According to experts, such a scenario is not desirable and may cause a forced exit from a state of dormancy for some species of fruit orchards. If the country is subsequently covered by the next wave of frosts within the range of -13 to -15 degrees, then the consequences for the fruit will be quite severe.