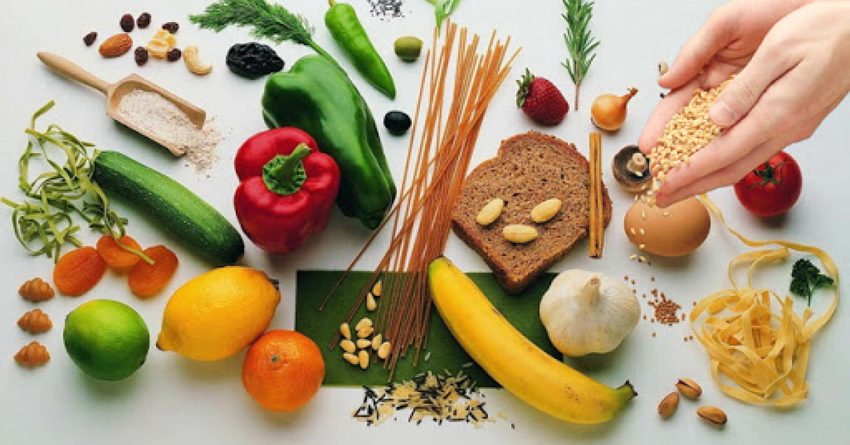 Russia’s full-scale perfidious invasion of Ukraine in February 2022 had a shocking effect on the market of Moldova, which is a neighbor of Ukraine and has close economic ties both with it and with the aggressor countries: russia and belarus. In addition, Ukraine was actually the only transit country for the export of products from Moldova to the russian and belarusian markets, but transit through Ukraine is now impossible. Therefore, Moldova has to look for other, more expensive and complex logistics solutions, which led to a virtual halt in its exports, EastFruit analysts state.

In addition to the fall in export earnings, Moldova also faced the fact that many goods previously imported from Ukraine, including food, were no longer supplied. This has led to panic among consumers and will be a big test in the long run. About 20-22% of all food imports to Moldova came from Ukraine, which was its main food supplier. By the way, russia was also an important supplier with a share of 9-10%. In other words, almost a third of food imports suddenly became unavailable, which cannot but lead to a severe shock to the market.

The main import commodities that have become drastically unavailable or supplies of which have plummeted are dairy products, several types of vegetables, animal feed, confectionery, milling products, and salt.

In addition to its own population, Moldova now also has to provide for temporary migrants from Ukraine – according to various estimates, the country received from 320 000 to 350 000 people! And this is almost 14% of the population of Moldova itself! Accordingly, with a reduction in the supply of food products in Moldova, the need for them has increased dramatically.

Another important factor that affects the macroeconomic stability in the country is the decrease in remittances from labor migrants.

Not to mention the issue of record high energy prices, which also have a negative impact on agriculture and the food industry in Moldova.

Let’s look at the intermediate consequences of the criminal actions of russia and belarus for the economy and food security of Moldova.

How has the exchange rate of the national currency of Moldova, the leu, against the dollar and the euro changed since the beginning of the war?

Fluctuations were observed in the foreign exchange market of Moldova. According to the data of the NBM (National Bank of Moldova), the US dollar registered a continuous growth trend from 17.95 MDL on 24/02 to 18.44 MDL on 20/03. Thus, the dollar rose by 3% against the leu. Unlike the US dollar, the euro fluctuated more dynamically during this period, but the current exchange rate is almost at the same level compared to the beginning of the war.

How have consumer sentiments changed in Moldova, were there panic buying and how has the assortment changed?

According to official data, inflation in Moldova reached 18.5% in February. Thus, Moldova became the country with the highest inflation rate in Europe. Even in Ukraine, inflation in February amounted to only 10.7%. Purchasing power in this context also declined accordingly.

Given the close trade ties with the countries directly involved in the war, irrational consumer behavior was observed in Moldova – people bought some food products in excessively large quantities.

Currently, there is a shortage of edible salt in Chisinau shops. About 85% of salt is imported from Ukraine, so it is not surprising that demand for salt has grown most significantly since the beginning of the war. Salt is also imported from Bulgaria, Romania, Poland and Italy, but in limited volume. The price has doubled and there is almost no salt in stores.

There is also a real shortage of buckwheat, which is likely to be more problematic in the future. About 85% of buckwheat on the shelves of Moldovan stores was brought from Ukraine and russia. There is practically no buckwheat in stores at the moment, and if it appears, it is quickly sold at a price 80% higher than before the start of the war.

The prices of many other foodstuffs have also risen notably.

We also note that due to the fact that bananas can no longer be imported through the port of Odesa (Ukraine), there is a shortage of bananas on the market, and they are about 35% more expensive than before the start of russian aggression against Ukraine. And this despite the fact that global market prices for bananas have fallen sharply.

Do farmers plan to change the structure of sown areas and how are things going with the sown area?

At the moment, many farmers in Moldova are concerned about the extremely high prices for fuel, as well as inputs and fertilizers, which are mainly imported from Ukraine. Therefore, in addition to high prices, there is an urgent need to find new suppliers and have time to deliver these goods before the start of a new production cycle. Obviously, these factors can affect the yield and even the area of ​​many agricultural crops.

In the current situation, according to the forecast of representatives of the industry association, the area planted with potatoes in specialized farms is still most likely to decrease. The projected reduction in the area of potato plantations will worsen the country’s food security, since this is one of the key products, which was previously partially imported from Ukraine.

Many farmers are discussing the need to expand sunflower and corn crops this year, provided they can find the necessary resources for this.

Meanwhile, many producers have abandoned growing vegetables in greenhouses, because heating greenhouses is too expensive due to a sharp rise in energy prices. Therefore, vegetable prices can be relatively high out of season. On the other hand, the supply of Turkish vegetables may increase, as it is obvious that deliveries to Ukraine have practically ceased, and deliveries to russia are significantly reduced.

Apple producers found themselves in a particularly difficult situation, having suddenly lost almost all traditional and any large sales markets. Few of them have yet voiced plans to uproot apple orchards, but this process is almost certain to accelerate (the total area of ​​apple plantations in the country has decreased by about 3 000 hectares to 49 000 hectares in 5 years).

On the other hand, the heads of large nursery farms claim that by mid-March there was not a single case of termination of contracts concluded earlier for the purchase of planting material for perennial fruit crops on the initiative of agricultural producers. Some nurseries even increased the shipment of seedlings in March, because due to the dry autumn in 2021, some of their customers postponed the delivery date to spring 2022. Nevertheless, the prospects for investments in the fruit growing sector of Moldova this year are poor, since Moldova has failed to find an alternative to the russian market for apples.

How much has the volume of remittances from labor migrants decreased and how will this affect the economy?

It is estimated that about 250 000 Moldovan citizens work in russia. However, half of them is expected to return home as they claim their dollar-denominated salaries have fallen and some have even lost their jobs. Now they have to save money or think about returning home or moving to another country.

It has also become difficult to send money to relatives in Moldova. The volume of remittances from the russian federation decreased by about 15% to 30%. At the same time, it was russia that was the leader in money transfers to Moldova.