Home › News › Is mulberry another niche product for Georgia?

The mulberry season, which will last only a few weeks, began in Georgia in May. At this time, mulberries are everywhere – mulberry trees were often used in the landscape design of the capital, and the fruits are sold in markets and supermarkets. Despite the fact that mulberries in Georgia can be picked straight from the tree along the sidewalks, their prices on the wholesale market are higher than the average price for strawberries, and there is practically no commercial production. 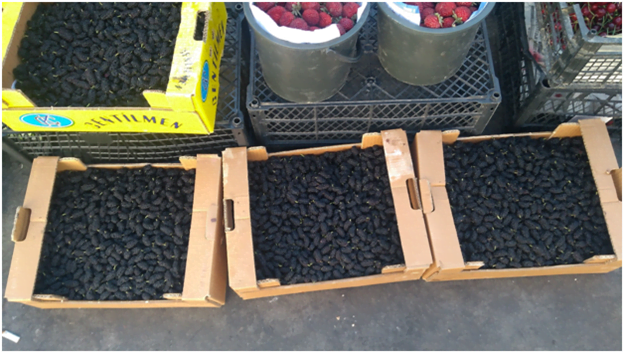 Currently, the process of mulberries production and sale in Georgia is chaotic. There are no large lots on the market – the supply is fragmented, and retailers gather minimal quantities from different farmers. The main sales channels are wholesale markets, fruit and vegetable stores. As of last week, the price for mulberries (mainly black) on the wholesale market was 6-7 GEL/kg ($ 1.82- $ 2.12), while the average retail price for fruit was 10 GEL/kg.

Bachuki Ruadze is one of the few mulberry producere. There are only a few mulberry trees on his farm, which have given their first harvest this year. At the beginning of the season, he managed to sell large mulberries for 15 GEL ($ 4.55) per kilogram. The farmer is satisfied with the profit he received and considers mulberry cultivation promising, but not the main direction. His farm is focused on growing a variety of fruits, and he does not plan to grow mulberries in large areas. 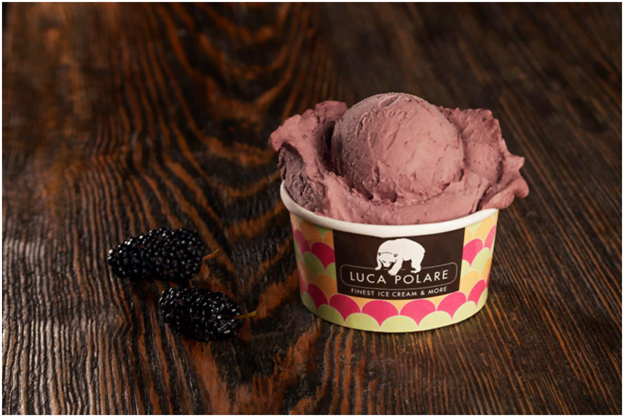 Unlike ice cream production, Georgian fruit processing enterprises have not yet purchased mulberries due to small volumes. The Glenberries company produces frozen vegetables and fruits. Mulberry has not yet been included in their assortment. According to the owner of the company, Rafael Magalashvili, the demand for frozen mulberries, especially black mulberries, is high, since it is used for the various drinks, such as shake and smoothies, as well as in confectionery. Magalashvili believes that frozen mulberries will be in demand for export and for the domestic market of Georgia. The company is ready to offer producers 3–3.5 GEL per kilogram of mulberry in case of delivery of the required volume this season, the minimum for which is 25 tons per one container.

Mulberries are not currently included in the assortment of Georgian dried fruit producers. Director of the Kareli Fruits company Anano Bezhanishvili says that the company does not produce dried mulberries, but assumes that they might start producing them if the supply increases on the market.