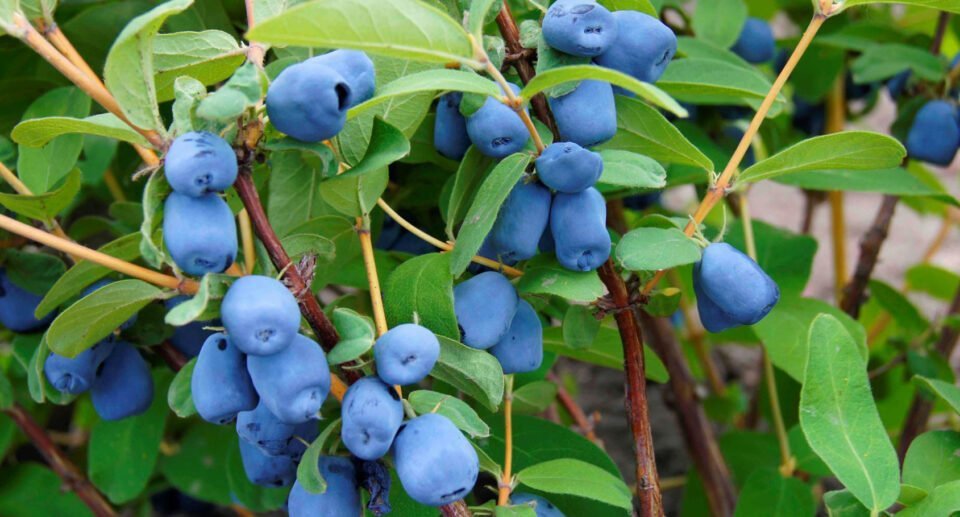 Ukrainian enthusiasts of haskap, a rather new berry for consumers, will be able to enjoy the new harvest of it very soon, analysts of the EastFruit project report.

Despite the fact that rains are recorded almost everywhere Ukraine, market experts and the producers state that this may only influence the timing of the mass harvest of the haskap. According to the producers, the low temperatures of the past winter, the unusually cool first half of spring, as well as cloudy and rainy weather in the first days of this summer did not have a negative impact on the state of the haskap plantations, and, accordingly, did not affect the volume of the future harvest of the berries on farms.

Geographically, the commercial production of haskap in Ukraine is concentrated in the most northern regions of the country, namely in Kharkiv, Kyiv, Zhytomyr, Khmelnytsky, Lviv and Volyn.

“The most unfavorable weather phenomenon for the production of haskap is the stable hot and dry weather with high temperature indicators, which makes it almost impossible to grow haskap in the southern regions of Ukraine,” says Oleksandr Yareschenko, National Institute of Horticulture of Ukraine. As for the cool and rainy weather in almost all regions in early June this year, according to the expert, it is the best conditions for the growing season of haskap berries. “However, there is a question mark regarding the taste of the future harvest. Due to the fact that most of the cultivated varieties of this berry in Ukraine are not so sweet, the lack of clear sunny days during the ripening period of the haskap could lead to the excess acidity in the fruits,” the expert summed up.

The first haskap berries this season have already been sold by producers in the Kharkiv region, who had a trial sample from the plantings of the earliest varieties. The price for first berries was reported at the level of last year, namely UAH 150/kg (US $5.5 per kg), but the rains in the region prevented further sales.

“The current rains will at most delay the peak of the mass harvest of berries, but will in no way affect the haskap harvest as a whole. And we are happy with the size of berries this year,” Evhen Nesterenko, director of the Krasnokutsk Experimental Gardening Station, says.

Neither negative air temperatures in winter, when indicators below -20*C were recorded for several days, nor cool and rainy weather this spring had a negative impact on the haskap harvest in the western regions of Ukraine.

“The shift in the mass harvesting of haskap by at least 7-10 days in relation to last year is confirmed. Berries on the bushes have already reached the required size, and only a few sunny days would have accelerated its ripening. Losses of berries as a result of overwintering and a cool spring have not been recorded in our country,” Mykhailo Slesarchuk, Ekogalichproduct, says.

According to the forecasts of EastFruit specialists , significant price fluctuations in the haskap segment during the current season should not be expected, which is confirmed by similar forecasts by analysts of the APK-Inform: Vegetables and Fruits project.

“Despite the fact that the current haskap berry season in Ukraine will start at least a week later, and the prices for first berries announced by the producers are identical to last year’s, it can be assumed that in the future they will be close to the indicators of 2020, since commercial production of these niche berries is only at the initial stage in Ukraine,” Olexandr Khorev, head of the APK-Inform: Vegetables and Fruits project, says.