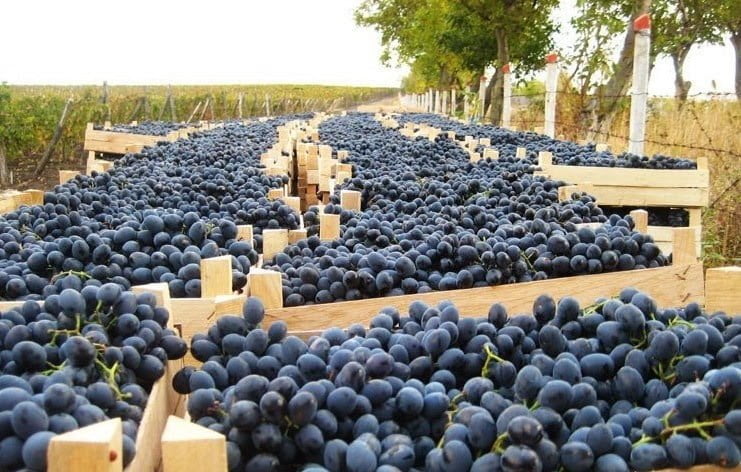 Want to see how profitable and successful modern agribusiness can be? Want to see with your own eyes that the cultivation of fruits and vegetables can solve all the social problems of villages and rural areas? Then go to the village of Costesti in the Ialoveni district of Moldova. But if you do not have the means to travel, then allow EastFruit to show you this unique area via a virtual tour in this three part series of success stories and documentary videos.

The village of Costesti (in Russia Костешти or Костешть; in Romania/Moldova Costeşti) is home to approximately 12,000 people, but every year this village sells fruits and vegetables for about $30-40 million, with the bulk of the fruit being exported. The main crop grown here is table grapes. One third of all table grapes exported from Moldova come from Costesti. And since Moldova is the largest exporter of grapes in the region, Costesti is the capital of table grapes in Eastern Europe. If we take into account the volumes of production, storage and sale of these products, there is no other equivalent. However, the potential of this Moldovan village is far from being exhausted; business development is just beginning here and its prospects are practically inexhaustible.

Costesti has perhaps the largest concentration of refrigerators for storing grapes and fruits among all villages in Europe. Even the locals will not state exactly how many have already been built. However, they all agree that the total number of refrigerated storage facilities for fruits in Costesti exceeds 100 for quite some time. The capacity of these refrigerators exceeds 20,000 tons of simultaneous storage of products and this is not even the limit. In 2019, experts from the regional project of the Food and Agriculture Organization of the United Nations (FAO) and the European Bank for Reconstruction and Development (EBRD) together with the local Federation of Farmers (FARM) organized a study trip for table grapes growers from Tajikistan, Uzbekistan and Georgia to visit their colleagues from Moldova in the village of Costesti. At that time, several new modern fruit storage facilities were being built. It is literally impossible to find any location where you cannot see at least one refrigerator; it has become a very familiar sight in the area.

According to Ion Sula, former Minister of Agriculture of Moldova and Head of the Moldovan Table Grapes Producers and Exporters Association, development of the village and the industry continues to accelerate even now. This became possible thanks to the creation of an industry association, which actively helps table grapes growers and farmers to unite efforts to improve the level of technologies for growing grapes and other fruits, as well as promotes their cooperation and more effective marketing of fruits. At the moment, the association includes 105 member enterprises and four cooperatives of table grape producers.

In this video, Ion Sula talks about the village of Costesti and the association he leads.

During this 2019 study trip, table grapes from Moldova were one of the cheapest in the world. But if local growers updated their varietal mix and increased marketing efforts, they could significantly increase their profits. In other words, the potential of the Costesti village remains enormous and the number of multimillionaires here could continue to grow.

Ion Sula says that grapes in Costesti are grown by all sized enterprises (small, medium and large farms), including ordinary residents in their backyards. There are those who have only 0.2 hectares of grapes, and there are those who cultivate table grapes on 30 hectares. In total, the village has more than 1500 hectares of vineyards, the products of which are intended for fresh consumption. Traditionally, mass production of grapes are in Moldova, which is subject to long-term storage and is well adapted to local climatic conditions.

Nowadays, most of the farmers have a GlobalG.A.P. certificate because they export grapes not only to Russia, Ukraine and the CIS countries; but also to EU countries such as Romania and Poland. Also, Russia now requires its own certification from each of the producers so gardeners are trying to unite to reduce the overall costs of certification, which are quite high. Another reason for cooperation among farmers is the unification of product quality in order to be able to form large batches. For this, the association conducts trainings and tries to synchronize the technologies of all manufacturers in the village and the surrounding area.

The grapes in the village of Costesti are grown on the hills to reduce the risk of crop loss to frost since cold air rolls down during the spring frosts. Farmers are now working on a plan to create a common irrigation system in these hills since water is the main issue. At the moment, a significant amount of table grapes in Moldova is grown on dry land (i.e., without irrigation) and this has a negative impact on its productivity and product quality.

On the plains, Costesti villagers mainly grow crops of plums and cherries. The Stanley plum variety is the most popular; they are sold fresh at the market and for processing as prunes. In recent years, the sale of fresh plums predominates because of higher returns and they learned how to best store plums in Moldova until February, if necessary. Last year, Moldovan plums were offered even in March, but this was a consequence of overproduction and the impossibility of selling it earlier. As a rule, all plums from refrigerators are sold before the New Year holidays and substandard products are processed into fruit alcohol (e.g., palinka, plum brandy, tsuicu) in Moldova and Romania.