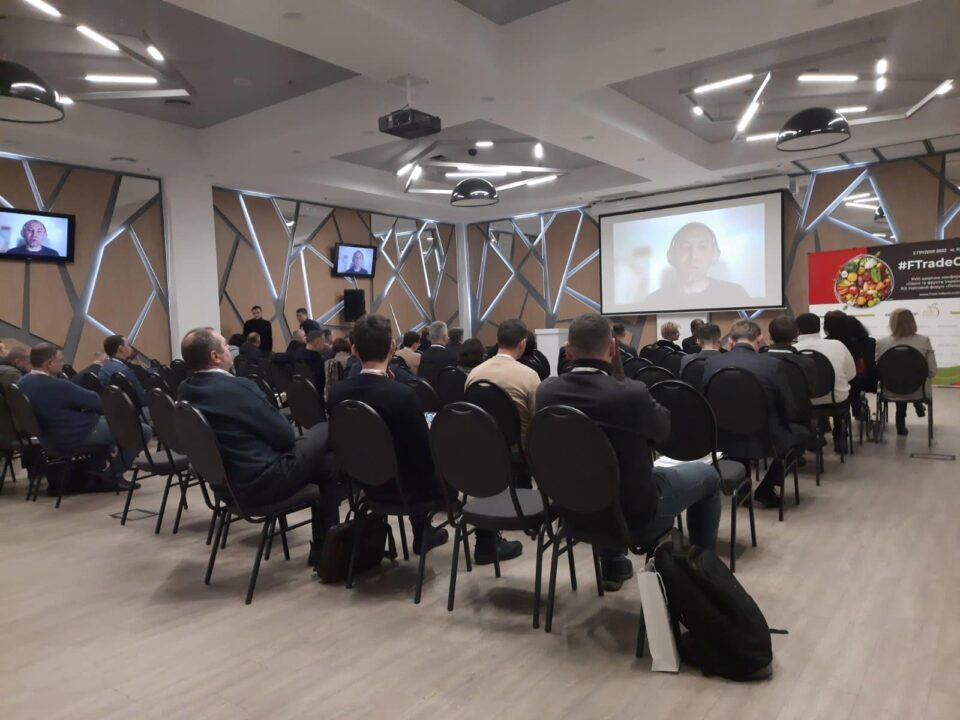 Since the start of Russian aggression in February 2022, Ukraine has switched to a wartime footing. The country’s agro-industrial complex enterprises that continued their work and provide food for the army and the entire country were no exception. Farmers have been growing and harvesting fruits and vegetables in the face of constant air raids, shelling, and power outages for ten months. In addition, a sharp increase in all costs, labor shortage, and disruption in all supply chains forced farmers to change their approaches to production and adjust. As shown by the recent offline (!!!) annual conference “Vegetables and Fruits of Ukraine – 2022“ within the framework of #FTradeClub-2022, the Ukrainian fruit and vegetable sector is actively developing and introducing state-of-the-art technologies. The event was organized by the APK Inform: Vegetables and Fruits with the support of the FAO/EBRD project in Eastern Europe and Central Asia. EastFruit and Sapienza.media were information partners of the event.

In the first part of the conference, the participants got acquainted with the analysis of the current state of the horticulture market and forecasts for spring 2023, made sure that Ukrainian companies effectively use modern technologies, and often become pioneers in their development. 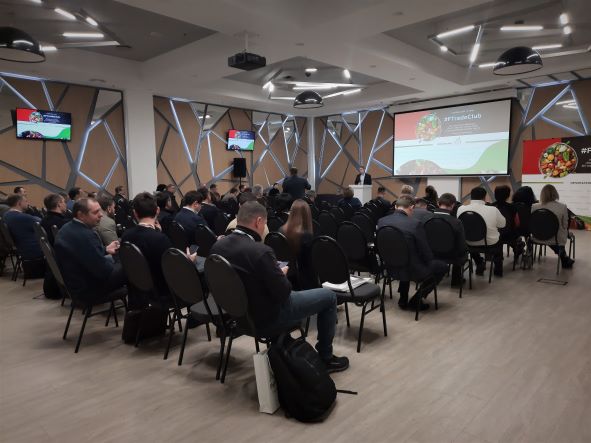 FAO International Consultant Fedir Rybalko spoke about the benefits of reusable folding packaging – container pooling. In the US and the EU, the technology has been successfully used for a long time, and there is also experience of pooling in Ukraine. According to Fedir Rybalko, the war partially disrupted the work of Ukrainian centers for the preparation of reusable containers. The specialist believes that with the restoration of logistics and the volume of trade in vegetables and fruits, more and more producers and traders will use the pooling system of container turnover, which will allow Ukraine to reduce logistics costs and the use of non-environmentally friendly packaging and simplify exports.

An unexpected topic was raised by Olexandr Yareshchenko, Deputy Director of the Institute of Horticulture of the National Academy of Sciences of Ukraine. The area planted with blueberries has been constantly growing in Ukraine and globally in recent years, as well as the volume of blueberry production, which naturally leads to a decrease in prices. The scientist assumes that in case of unfavorable market conditions, a transition to the purposeful cultivation of blueberries for processing is possible. Olexandr Yareshchenko spoke in detail about the varieties of berries best suited for processing, the methods of cultivation, care, and harvesting, with an emphasis on mechanization. 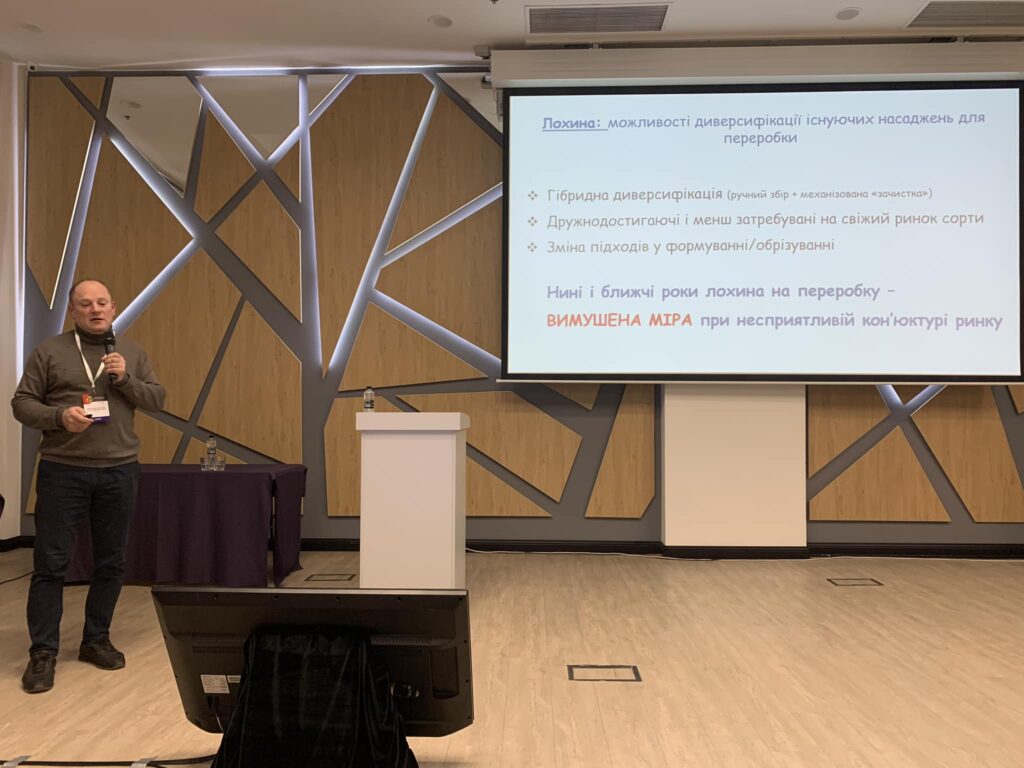 What was the season like for Ukrainian blueberry producers? How did Nikdaria LLC (TM iBerry) work in the face of increased supply volume, a noticeably decreased number of consumers due to the forced departure of women and children from the country, disruption of supply chains, rising costs at all stages, and lower prices? The results of the 2022 blueberry season were summed up by Ihor Nitskevich, director of Nikdaria LLC. The head of the company told how he managed to overcome the difficulties and maintain the export of berries. A vivid video about the activities of “Nikdaria” completed the speech. 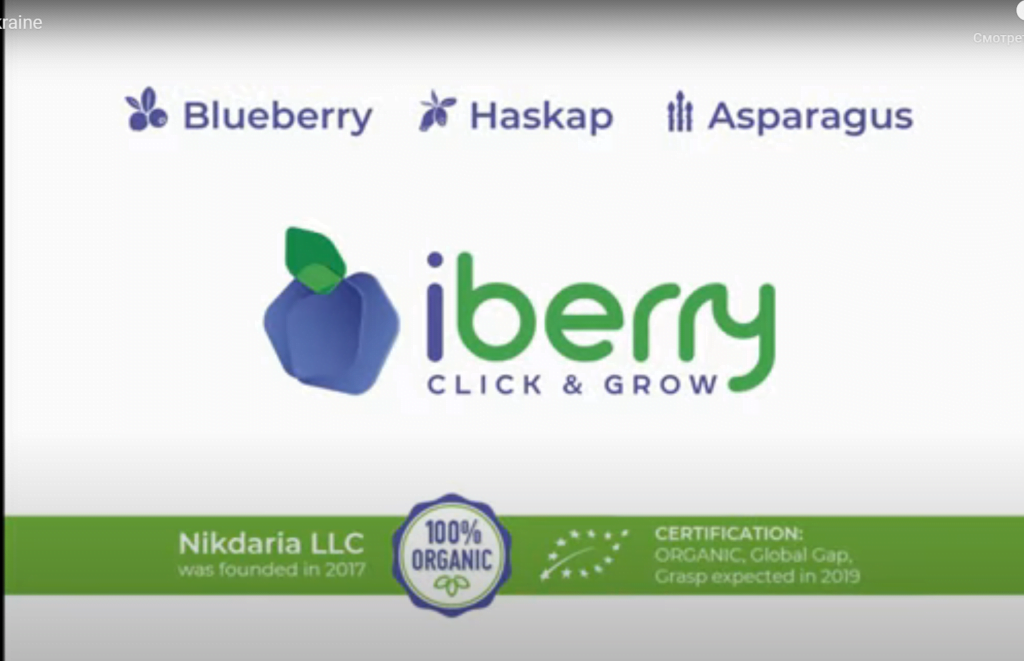 Growing crops in greenhouses is particularly relevant given climate change. There are countries that have achieved success in the sector. Along with cucumbers and tomatoes, berries can be grown in greenhouses. According to Taras Bashtannyk, head of the Ukrainian Horticultural Association (UHA), Poland has a successful experience in the production of strawberries and raspberries in greenhouses. Taras Bashtannyk told us how things are going in Ukraine and how relevant this is for Ukrainian berry producers.

The berry issue was continued by Yulia Tymoshenko, an expert on the frozen food market, with a presentation “Is the Ukrainian sector of frozen berries and fruits frozen?”. According to Yulia, price volatility has been noted on the freezing market since the pandemic, but prices have become extremely unstable and working conditions extremely difficult in the current war year, especially due to the sharply increased cost of electricity, and emergency and planned power outages. The expert also shared her vision of the prospects for the coming season.

The temporary occupation of part of the Ukrainian territory could not but affect the fruit and vegetable trade. Tetyana Popovych, head of the marketing department of the Shuvar market, one of the largest wholesale markets in Ukraine, stated that the volume of trade in the Lviv market increased compared to spring-summer, but still has not returned to the pre-war level. Ukrainian vegetable growers do not fully satisfy the domestic demand for borsch vegetables, so the country will import them this season. Tetyana Popovich analyzed the possible volumes and directions of vegetable imports. The participants of the conference were interested in the organization and volumes of online sales of fruits and vegetables.

Evhen Kuzin, head of the analytical division of the APK-Inform: Vegetables and Fruits project, summed up the results of the audit of the fruit and vegetable departments of retail chains in the Ukrainian cities Kyiv and Dnipro in mid-November. The analyst familiarized the audience with the rules and dwelled on the peculiarities of conducting audits this year given air-raid sirens and power outages. Evhen Kuzin named retail chains, where the widest range of fruit and vegetable products was noted, compared the price level and quality of products and the departments. 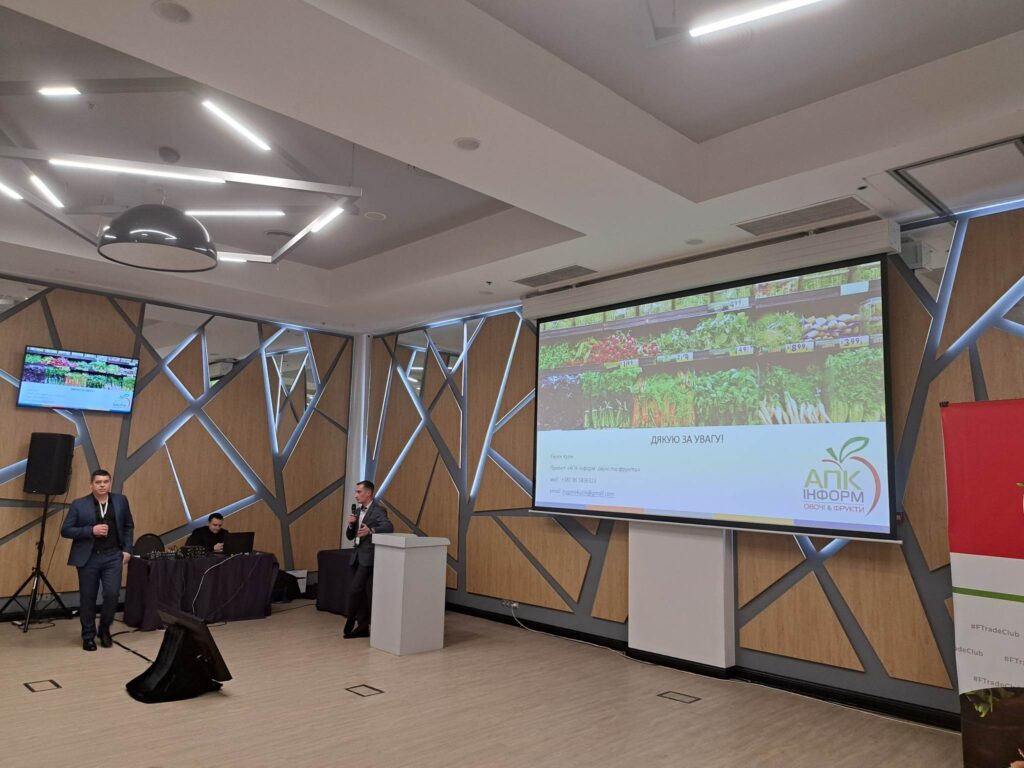 Frozen produce market: why nobody is buying frozen berries despite the sharp price decline?