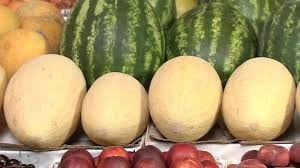 In 2020, the volume of production of fruits and vegetables in Uzbekistan will exceed 20 million tons, predicts the Embassy of the Republic of Uzbekistan in Italy. The continental climate of the Republic, where there are 300 sunny days a year and fertile soil, is well suited for growing more than 350 types of fruits, vegetables, nuts and beans, herbs and melons, the harvest of which in 2019 amounted to 19.2 million tons.

The ripening period for fruits and vegetables in the country lasts from March to December, which allows some crops to get up to three harvests a year, writes FruitNews with reference to Fructidor.com.

The Embassy of the Republic of Uzbekistan in Italy said that the Export Promotion Agency was created to support local producers entering foreign markets. Up to 50% of the transportation costs of manufacturers are reimbursed from the state budget. Uzbekistan exports 180 types of agricultural products to more than 80 countries around the world. The five key countries importing Uzbek fruits and vegetables include Russia, China, Kazakhstan, Kyrgyzstan and Afghanistan. Today, exporters of Uzbekistan are increasing the volume of supplies to South Korea, the Baltic States, Persian Gulf countries, and Europe, in particular to Poland, France and Great Britain. Uzbekistan also exports various dried fruits and nuts to Italy.

Read also: Uzbek farmer improved drip irrigation technology for his farm in the middle of the desert (video)

Now, the portfolio of projects in the agricultural sector of Uzbekistan is being implemented with the participation of the World Bank ($659.3 million), the International Fund for Agricultural Development (FIDA) ($153.5 million), and the Food and Agriculture Organization of the United Nations (FAO) ($8.69 million).

With reference to the head of the diplomatic mission of Uzbekistan, Ambassador Otabek Akbarov reported about the Italian partners of the Republic such as the companies ICOEL, Zuegg, Unitec, Idromeccanica Lucchini, Besana, Vivai Zanzi, Advise Consulting, and others. The largest food market Marché International de Rungis (France) will create a network of modern logistics centers in Tashkent and other cities of the Republic.

The country’s manufacturers are actively introducing certification of their own products according to the standards of GlobalG.A.P, ISO 2200, ISO 9001, FSSC 22000, SGS, Halal, Kosher, and 100% organic.

can I have a list of Farms/manufacturers for dried fruits and nuts in uzbek please?