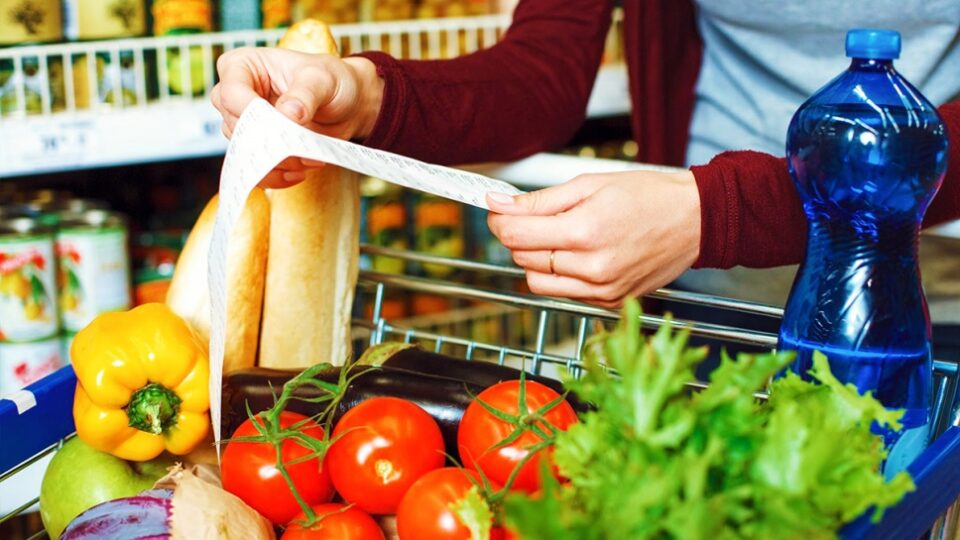 EastFruit analysts look into consumer prices in Georgia. GeoStat has already published the data for November 2022, which shows that just like in October, food got slightly more expensive month-over-month. Growth in consumers’ prices for all goods and services, or inflation, was measured at 10% higher than in November 2021. This is higher than expected in economic circles, but generally, it is still expected that the prices will grow at lower rates in 2023. 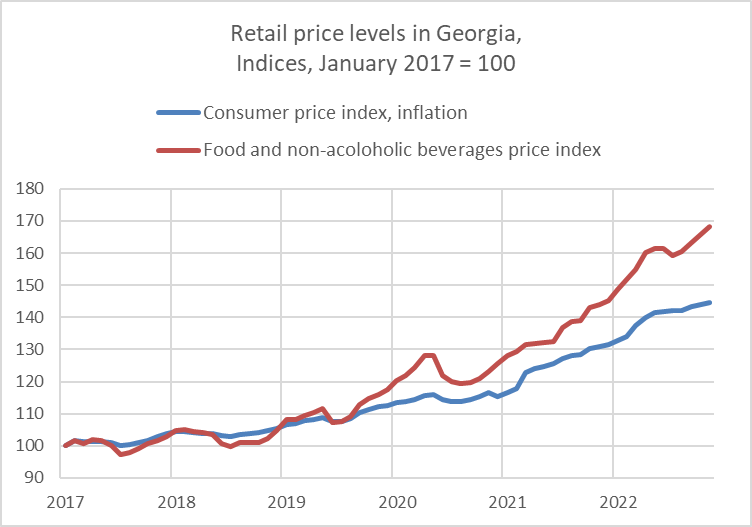 Compared to November in the previous 3 years, the general price level in November is 21% higher in 2022. In the same timeframe, food price is up by 32%. Compared to October 2022, inflation has remained practically unchanged, but food prices have increased by 1%.

Out of 10% of the price growth of general goods in year-on-year terms, more than half, 5,5%, is caused by prices rising on food. Food prices were 17% higher this November compared to the previous November. The food group has shown the highest annual price growth, outpacing the group of hotels, cafes, and restaurants, which had the highest price growth in October.

There were no significant changes in key factors contributing to the price growth:

Rising food prices are a very important issue in Georgia, which is not a high-income country. A large part of the local population’s spending is food and the large price increases in food are significantly hurting consumers’ purchasing power of other goods also. Thus, food price spikes are likely to thwart demand elsewhere.

Some key food prices have grown way above average price growth for food (17%).

Retail price changes for fruits, nuts, and vegetables most sold on Georgian markets, November 2022 vs November 2021, the Top-7

Earlier, it was expected that inflation would reduce to 7.5% by the end of the current year, but so far, the prices are above the forecast. Economists at TBC Capital admit that the ongoing scenario is a bit over their base expectations. However, they explain that the general outlook for inflation in Georgia still favors the cooling-down scenario. This means overall price growth in 2023 will not be as large as it is now.