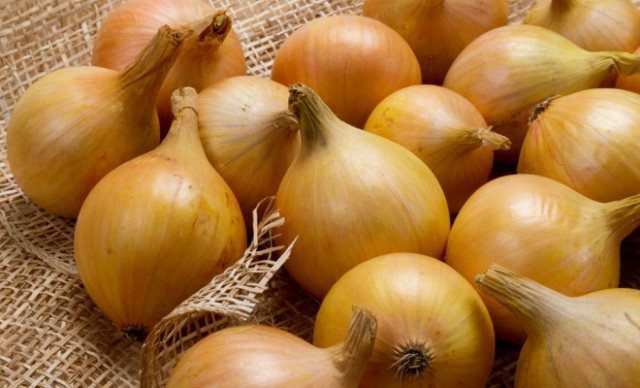 EastFruit wrote about the rise in prices for vegetables in Uzbekistan due to abnormally cold weather just a few days ago, and onions were one of the leaders in terms of growth. A gradual increase in air temperature is expected in the coming days, but onion prices will probably not decrease. What’s more, they may continue to grow, EastFruit analysts report.

With the onset of cold weather, “unfrozen” has become the main characteristic of quality onions advertised by farmers and traders, and buyers primarily check batches for frozen onions. Unfortunately, onions in Uzbekistan are not always stored in conditions suitable for maintaining quality in winter. Warehouses adapted for this do not have the equipment to maintain a stable air temperature, and often do not even have basic thermal insulation. Moreover, part of the onion harvest in Uzbekistan was usually stored only under sheds to protect it from rain.

Although the air temperature in winter in most regions of Uzbekistan rarely drops below -10° C for a long, it still happens sometimes, as it was this winter. Now we can state that the cold has caused huge damage to the stocks of onions in Uzbekistan – many farmers and traders admit that all or a large part of them are frozen. Also, many sellers had frozen onions offered for sale in open wholesale markets.

For five days from 10 to 15 January 2023, the air temperature in the capital of Uzbekistan, Tashkent ranged from -6 to -13° C during the day, and from -8 to -17° C at night. Onions froze at this temperature, after which they can only be disposed of since they cannot be sold for any purpose and will deteriorate very quickly.

Theoretically, frozen onions could be peeled and sold frozen, but this requires huge refrigerator capacities with temperatures below -25° C and a lot of staff to peel onions in such extreme conditions.

According to EastFruit analysts, onion losses due to frost reduced their already small supply on the market. At the same time, there is no talk about exports now, which served as a reason for the sharp increase in onion prices in December 2022. According to official data, not a single tonne of onions was exported from 1 to 15 January 2023 simply because domestic onion prices in Uzbekistan are already too high.

Moreover, Uzbekistan became a net importer of onions in the first half of January this year. According to preliminary estimates by EastFruit analysts, over 3 000 tonnes of onions were imported during this period, mostly from Kazakhstan.

However, Kazakhstan is considering imposing restrictions on onion exports. The Ministry of Agriculture and local administrations of the country have been instructed to analyze the actual onion stocks needed to fully meet the local demand and monitor prices: “If the analysis shows a risk of onion shortage during the off-season, measures will be taken in advance to protect the domestic market”, — the press service of the Ministry of Trade of Kazakhstan reported.

A quite predictable consequence of any restrictions on the export of onions from Kazakhstan will be a sharp increase in their prices in Uzbekistan, but it is still difficult to foresee the exact increase. However, the shortage of onions in the domestic market of the country is a rather rare phenomenon.

Even if Kazakhstan does not introduce such restrictions soon, EastFruit experts believe onion prices in Uzbekistan will keep growing in the coming months, although maybe not so fast. Several factors will contribute to this.

Firstly, the reduction of onion stocks in Uzbekistan in the context of their already small supply on the market, while there is still a lot of time before the new crop of winter onions becomes available in the Uzbek market – about 2-2.5 months.

Secondly, the effect the cold weather had on the new crop of winter onions in the southernmost regions of Uzbekistan where they first come to the market, is still unclear. It is possible that the early winter onions also suffered.

Thirdly, one cannot discount the possible reduction of onion stocks in Kazakhstan as well, since the same abnormally low temperatures were observed there, too. This will at least make onion prices grow.

Finally, there is still a big demand for onions from Pakistani importers, which in turn supports high onion prices in the domestic market of Uzbekistan.