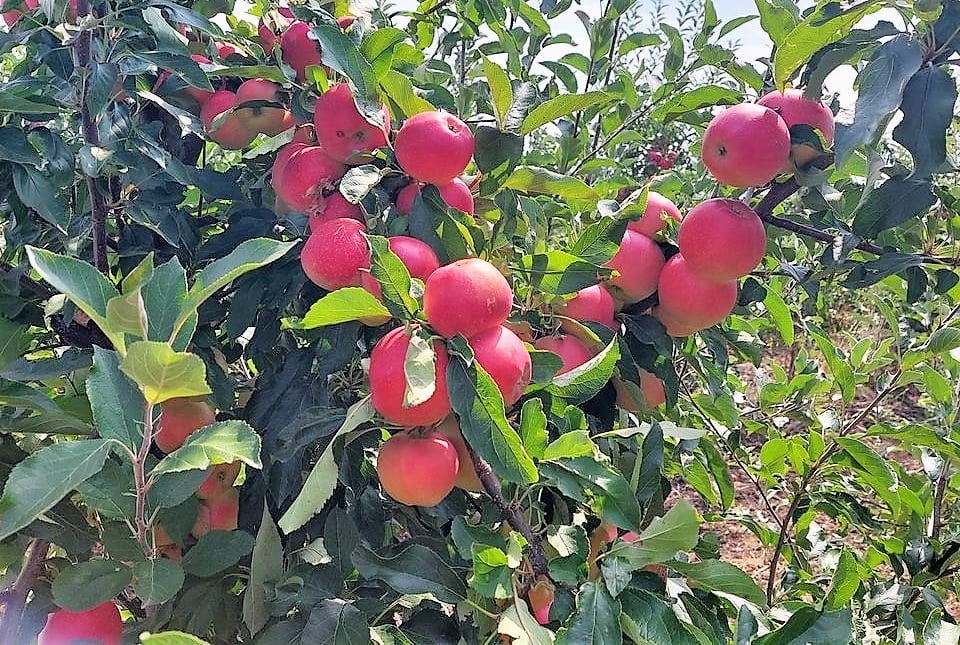 For several years EastFruit has been talking about the prospects for exporting early apples from Uzbekistan. However, as we forecasted, this trend was interrupted in 2021. According to the State Customs Committee of Uzbekistan, the exports of Uzbek apples in May-August 2021 decreased almost three times in volumes compared to the same period in 2020, amounting to only 6.3 thousand tons. This is the lowest export of early apples in the last four years!

However, the reasons for such a sharp decline in early apple exports from Uzbekistan are not limited to unfavorable weather this year. In fact, there are much more of them and it is important that market participants understand them.

We reported earlier about the weather conditions that led to the partial loss of early apple harvest. Based on this, we forecasted a decline in exports. However, it was not the only reason.

Unexpectedly for many market participants, apple prices in Russia, the largest apple importer in the region, not only did not increase in May, as is usually the case, but began to decline! By July 2021, there were still a lot of apples from the 2020 harvest on the Russian market, and prices for many varieties fell to their lowest level in a year – less than $0.8 per kg!

Naturally, the prices for early apples were very low due to the oversupply of standard varieties. As a result, the average wholesale price for early apples in Russia in the second half of July was two times lower in 2021 than in 2020 and set a negative record.

To show how this affected the supply of early apples from Uzbekistan to Russia, we note that wholesale buyers were ready to pay for Russian early apples about the same as the cost of delivering Uzbek apples to the largest cities of Russia – about $0.4. Thus, exports were out of the question. This was observed throughout Eastern Europe. Therefore, small volumes could have been exported from Uzbekistan only to neighboring countries.

Another important factor should also be noted, which Uzbek suppliers might not have noticed this year due to reduced exports – the increasing requirements for apple quality. Requirements for packaging, sorting and other parameters of apples purchased by supermarkets and wholesalers in Russia increased significantly in 2021. The main reason is the growing competition among suppliers, which allowed to choose the best. Therefore, even if Uzbekistan had a good, or even a record large harvest of early apples, export them would be almost impossible this year.

Uzbek growers, who managed to preserve at least part of their early apple harvest, do not experience the lack of demand. In the midst of the normal export season, i.e. June 2021, the average wholesale prices for apples in the capital markets of Uzbekistan were 13,000 – 14,000 UZS/kg ($1.23 – 1.33), which is 2.5 times higher than at the same time in 2019 and 2020. Even the minimum price in mid-July, 9000 UZS/kg ($0.84), was 80% higher than on the same date in 2019-2020. Obviously, the local market turned out to be quite capacious, and the decline in production was significant enough to ensure the rise in prices without regard to the developments in the main sales market.

The main question Uzbek growers have now is whether the scenario of 2021 will repeat in 2022? What if Uzbekistan gets a normal early apple harvest, and prices on the Russian market will again be low, not even covering delivery costs, like this year? After all, EastFruit has already drawn the world’s attention to the threat of apple overproduction in 2021 and record low prices by launching the hashtag #freshapplecrisis.

The situation looks rather difficult. Therefore, Uzbek exporters should now be thinking of increasing the quality parameters of early apples and finding sales markets alternative to Russia. In the event of a possible overproduction, high-quality apples can be sold on the fresh market, albeit not at the highest price, and low-quality ones can only be sold for processing at a minimum price.