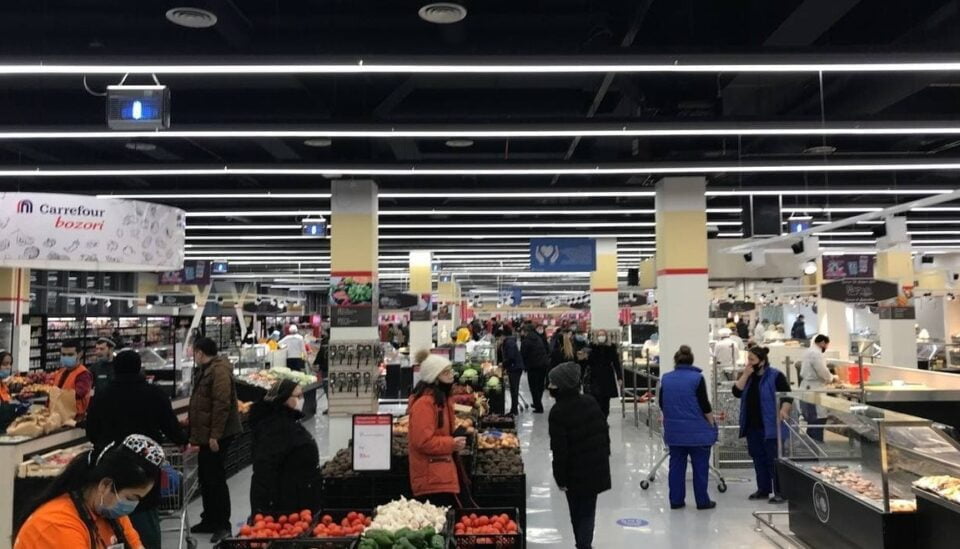 Carrefour will open two more hypermarkets in Tashkent this March-April. They will be located in the shopping and entertainment centres Samarqand Darvoza and Compass according to Carrefour Uzbekistan. The first store of the French brand was opened in the capital at the end of December on Karatash Street.

On January 7, Dubai-based Majid Al Futtaim, which operates the Carrefour brand on a franchise basis, announced the signing of an agreement with UzOman, a private equity fund in Uzbekistan that owns Samarqand Darvoza and Compass.

“The launch of our hypermarkets in the largest shopping centres in the capital underscores our desire to meet the growing demand for modern retail in the country as well as the growing needs of customers,” said Taeg Kim, general manager of Carrefour Uzbekistan at Majid Al Futtaim Retail.

Read also: First Carrefour store opened in Uzbekistan – what does this mean for the market?

Gazeta.uz specified that the company’s new hypermarkets will be opened in two shopping and entertainment centres instead of Makro supermarkets.

In October 2019, Majid Al Futtaim signed an agreement with Akfa Group to open seven super and hypermarkets in Tashkent. They will be located in facilities owned by Akfa.