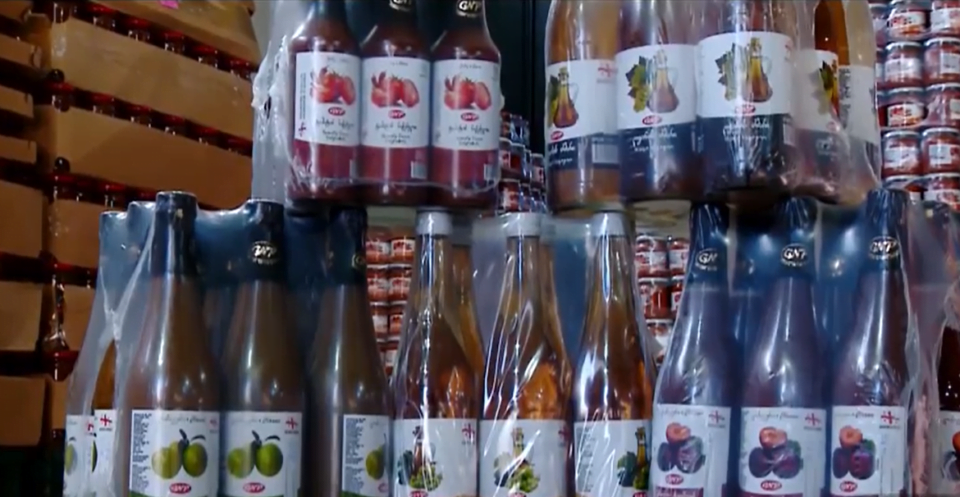 The products of the enterprise producing fruit and vegetable canned food launched this year by the entrepreneur Gocha Otarashvili are not only represented on the domestic Georgian market but exported to the EU countries, including France, Germany, Poland, the Baltic countries, as well as the United States and Armenia. Trial batches have recently been delivered to Bahrain.

The range of products is quite diverse, and they are based on recipes of Georgian and other countries’ cuisine – several types of tkemali, tomato sauces, adjika, ajapsandali, lecho, quince, feijoa and strawberry jams, fruit, and berry compotes, etc.

As Gocha Otarashvili told EastFruit, his products are made in glass bottles and jars, mainly from 250 g to 500 g, as customers may require. The annual production capacity is 0.5 million cans of 400 grams. 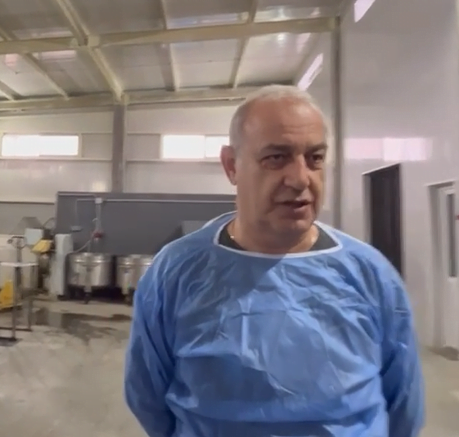 Raw materials for production are purchased exclusively from local farmers, depending on the season. The processing may differ for each recipe.

“For example, we dent tomatoes for tomato paste and clean them from seeds. In satsebeli we put tomatoes with a few seeds – it has a home-made taste, which many consumers like,” he said.

“Before that, I did not have my own production, but there were channels for selling products that had been established over many years. I supplied to export markets, for example, to the USA and France, canned food produced at other Georgian enterprises following my recipes from Georgian cuisine, and I rented the enterprise myself. Now, thanks to the support of the USAID Agricultural Program, as well as government projects, I could open my own production,” said Gocha Otarashvili.

According to him, thanks to a grant from the USAID Agricultural Program, about 80% of all production units of the plant were purchased (the grant was provided on a 40% to 60% co-financing basis). The Georgian state supported him in receiving an agricultural loan on favorable terms, as well as by becoming his guarantor for a commercial bank.

The plant of the individual entrepreneur “Gocha Otarashvili” is in the Mtskheta region (Mtskheta-Mtianeti region, Eastern Georgia). Currently, the enterprise is undergoing procedures for getting ISO 22000 certification. The enterprise is served by one of the laboratories accredited in Georgia on a contract basis (the plant’s laboratory is quite small, and only a few parameters are monitored there, for example, dry matter content). 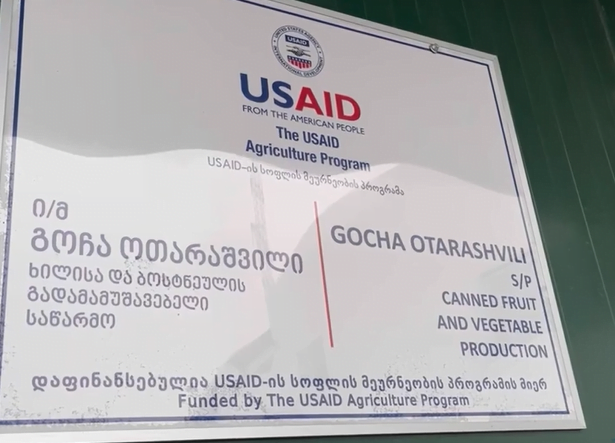 “When a certificate for a specific product is required for export, we get it from the appropriate laboratory,” said the owner of the plant.

According to Gocha Otarashvili, at this stage, the plant does not have its own brand, and its products are presented on the market under three brands.

“For example, our products are presented in Germany and France under the Mimino brand, a company founded in Strasbourg by ethnic Georgians. I have been working with them for over 10 years. In the USA and Armenia, they are sold under another brand. In the Georgian market, almost all our products are sold under the Georgian Natural Product brand – we export them to Poland and the Baltic countries. On the local market, our products can be found in most supermarket chains, except for Carrefour and Magnit, where we were not satisfied with the conditions,” he said.

The next main task for the enterprise is the expansion of production.

“We started working this year, we wanted to release a lot of products, but we didn’t have time – we opened in force majeure conditions. We plan to gradually increase volumes and add new types of products. There is a quite good demand for our products,” said Gocha Otarashvili, adding that he will only be glad if new markets appear.

Gocha Otarashvili also said that he and the co-founders of Georgian Natural Product are currently considering the possibility of consolidating their enterprises and producing under a single brand.