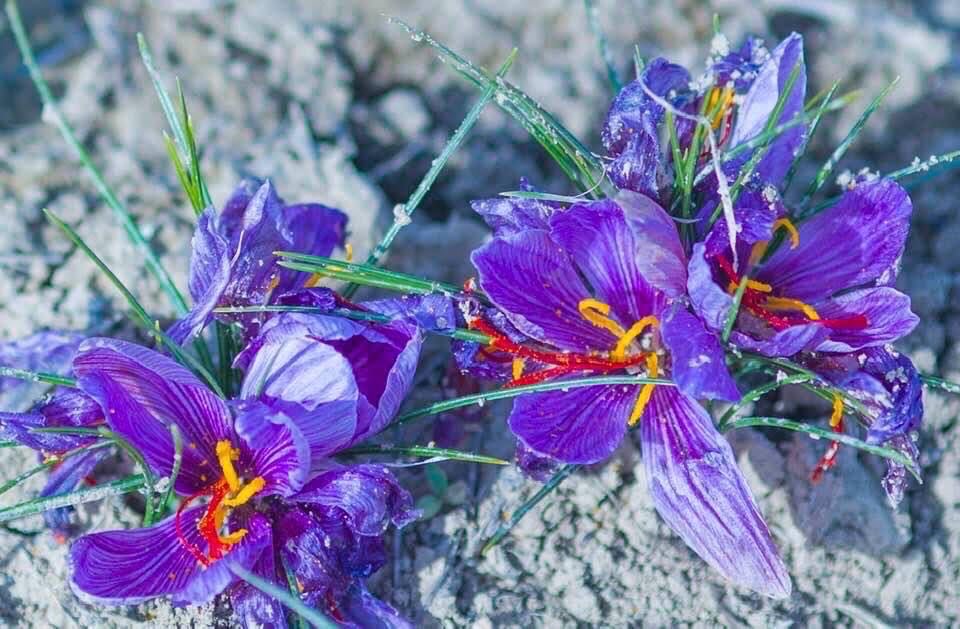 Home › Horticultural business › Interviews › There is a lot of saffron on the global market, but organic saffron is the most valued and demanded – Georgian grower

Few farmers produce saffron in Georgia. However, many may be interested in it in the future as climate change is affecting major production regions of the world such as Kashmir in India, and the Georgian climate is suitable for growing it. The first Georgian growers serve as an example for others, as many have never heard of saffron production before, given that saffron is not traditional for Georgia. 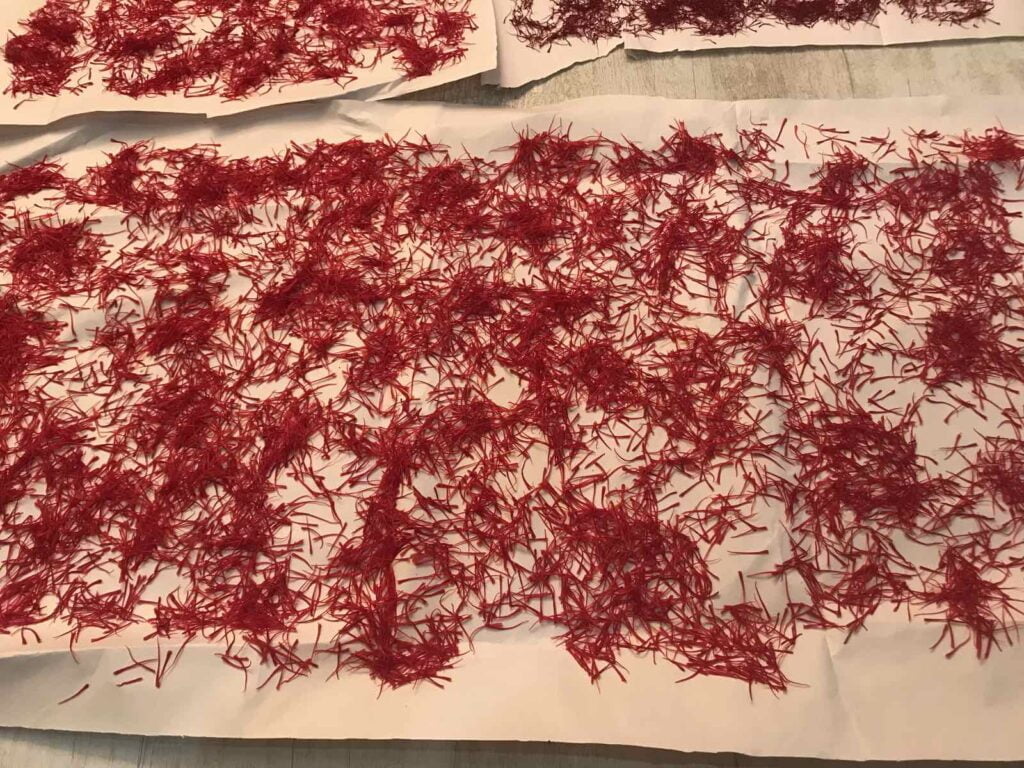 EastFruit contacted an organic saffron grower from Georgia, Rusudan Kharabadze, to learn more about her experience.

Why did you decide to produce organic saffron and when did you start?

– I had this idea while working in the Balkans as a representative of one of the international organizations. The organization has supported saffron production in the conflict zone to help local residents plant the disputed land. They researched agricultural production and decided to produce saffron as the market was overflowing with traditional crops. I decided to grow saffron in Georgia with the same goal – to produce an unconventional product.

In 2018, I bought organic saffron bulbs (Crocus sativus) from the Netherlands and started saffron production in Sagarejo, Kakheti region. I decided to start organic from the very beginning because there is a lot of conventional saffron on the market, but organic is highly valued and demanded. 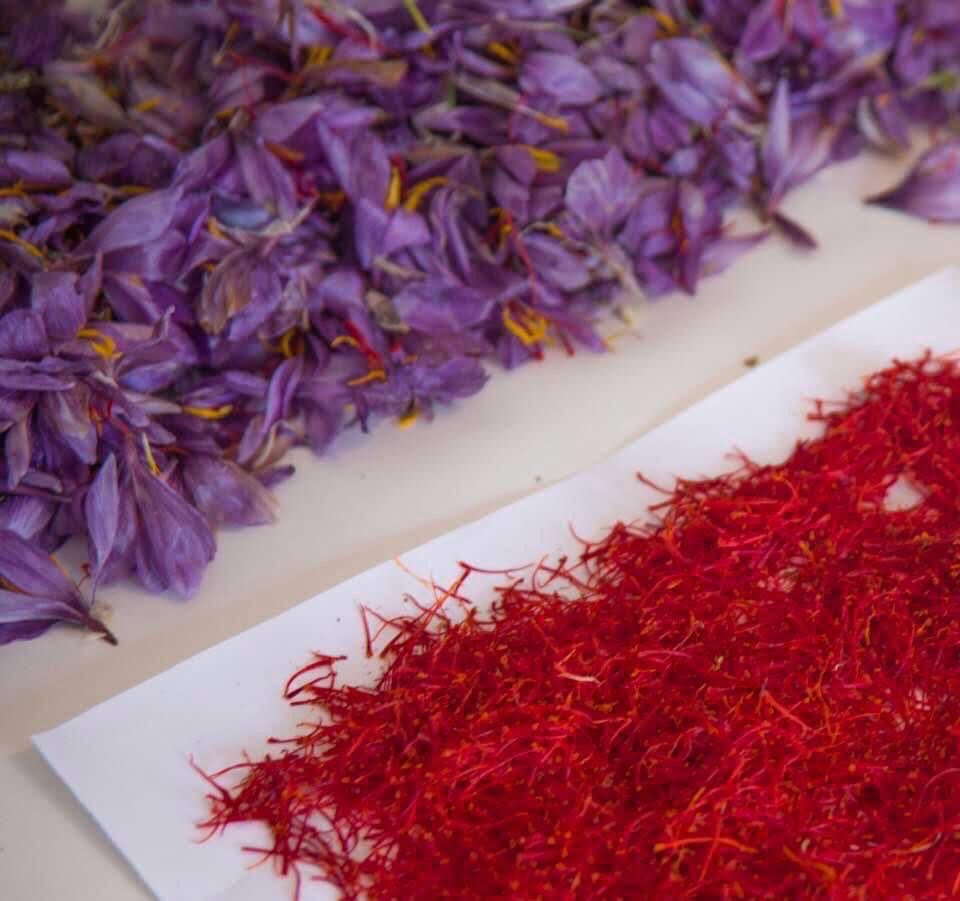 The initial investment was around 15 000 EUR, of which more than 7 000 EUR was spent on 50,000 bulbs. This was enough to plant 1 600 square meters of land. I would have planted more in case of financial support from a government program or agricultural lending, but my business idea did not receive support. Saffron is a new product for Georgia, so the people with whom I spoke did not understand what kind of business it was. I only managed to get a standard consumer loan from the bank.

– Why Kakheti and Sagarejo? What is the preferred climate for saffron production?

– Before making a decision, I visited several more regions. Saffron is best planted in eastern Georgia, in regions with a relatively dry climate. It would be more difficult to produce it in regions with high humidity such as Samegrelo or Adjara in western Georgia.

– What are the main aspects of growing organic saffron?

– Soil quality is critical to saffron production. It should be well drained to avoid fungal infections. Also, when we talk about organic production, weed and pest control is challenging. I use organic pest control, but weeds have to be removed by hand. The production of organic saffron, like any other organic product, is labor intensive as all operations in the field are done manually, including harvesting. 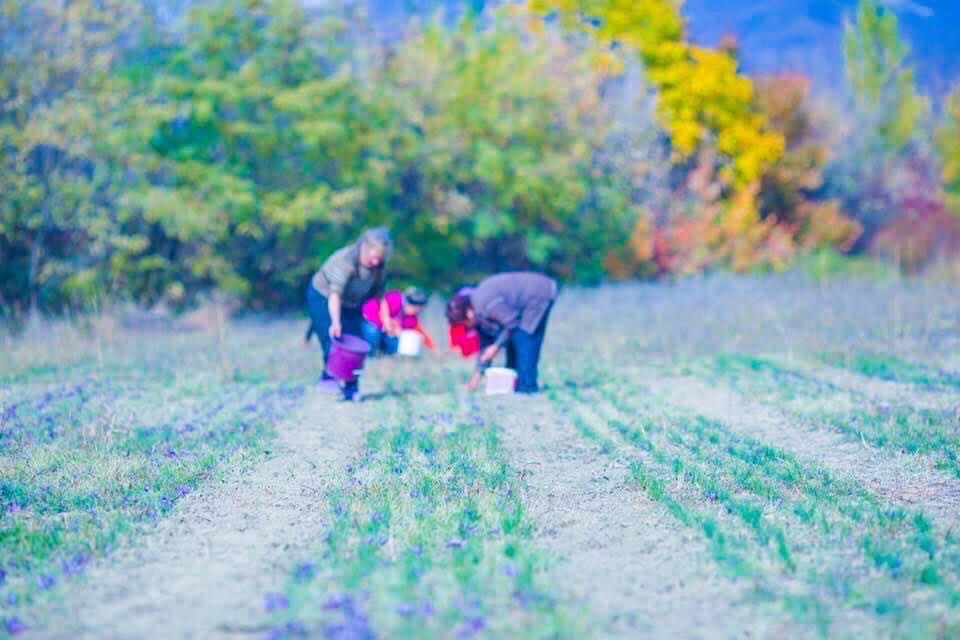 In other respects, this culture is quite resistant to extreme temperatures, withstanding up to -25 degrees Celsius. But saffron doesn’t like changeable weather. I can say this from my own experience. In 2020, the weather changed unexpectedly at the end of October, which resulted in the cessation of flowering and a decrease in the harvest this season.

-What is the production dynamics over the years?

– In the first year, I harvested only 0.25 kg of dried saffron from ​​1600 square meters. The yield increased to 1.2 kg the next year, but it dropped to 0.9 kg in 2020 due to weather conditions. Harvesting has been completed for the current season, but the drying process has not finished yet. Our saffron is dried without a dryer, at room temperature without sunlight, but a dryer will be necessary over time.

– What are the specifics of harvesting saffron?

– The harvesting period of saffron is from mid-October to mid-November, and harvesting is done manually. On average, we need three weeks to complete harvest. This process takes weeks because flowers bloom gradually. We trained the workers to pick flowers correctly. The main thing is to avoid contact with the soil, as flowers are not washed after harvest. Minimum sanitary rules are followed when removing the stigma. 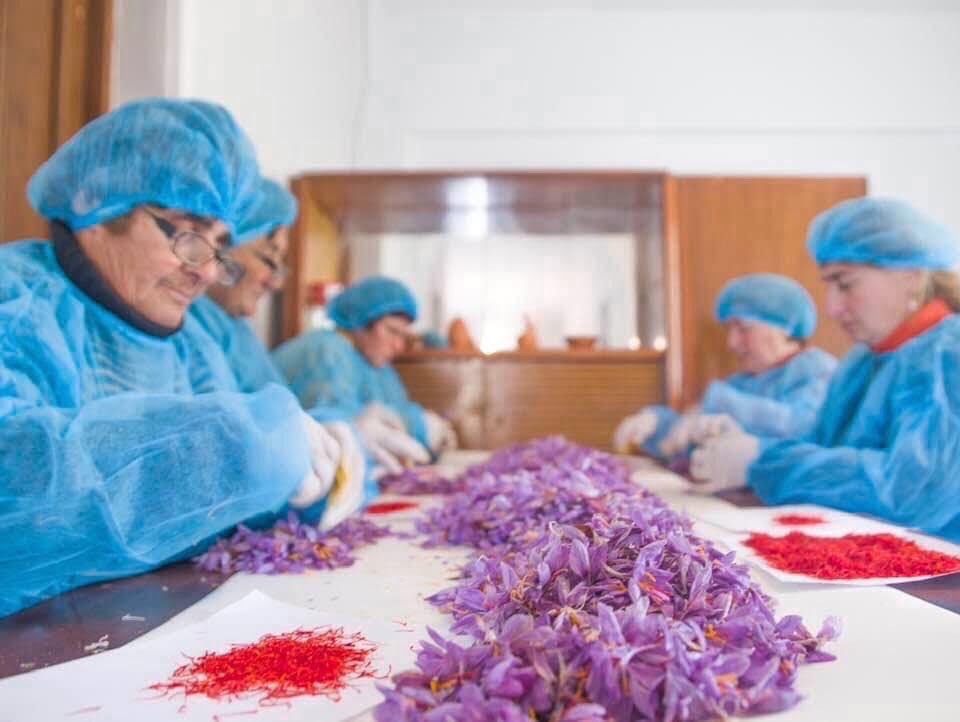 – What is the price of organic saffron on the market and where do you sell it?

– I sold only small batches of the total harvest in the local market. Since dried saffron can be stored for 5-6 years without losing quality, I am in no rush to sell. I am waiting for the organic certificate, which will be ready in December.

The price is 50 GEL in the local market, while conventional Iranian saffron costs 35 GEL ($11) per gram. In European markets, the approximate price for organic saffron will be up to 15,000 EUR ($16,927) per kg. I plan to sell the crop next year, mainly in Israel and European countries like France or the Netherlands – the Netherlands produces the bulbs, but not the saffron itself. I have already contacted an Israeli pharmaceutical company that is interested in purchasing organic saffron from Georgia. Most likely, I will continue to supply the pharmaceutical market in the future. 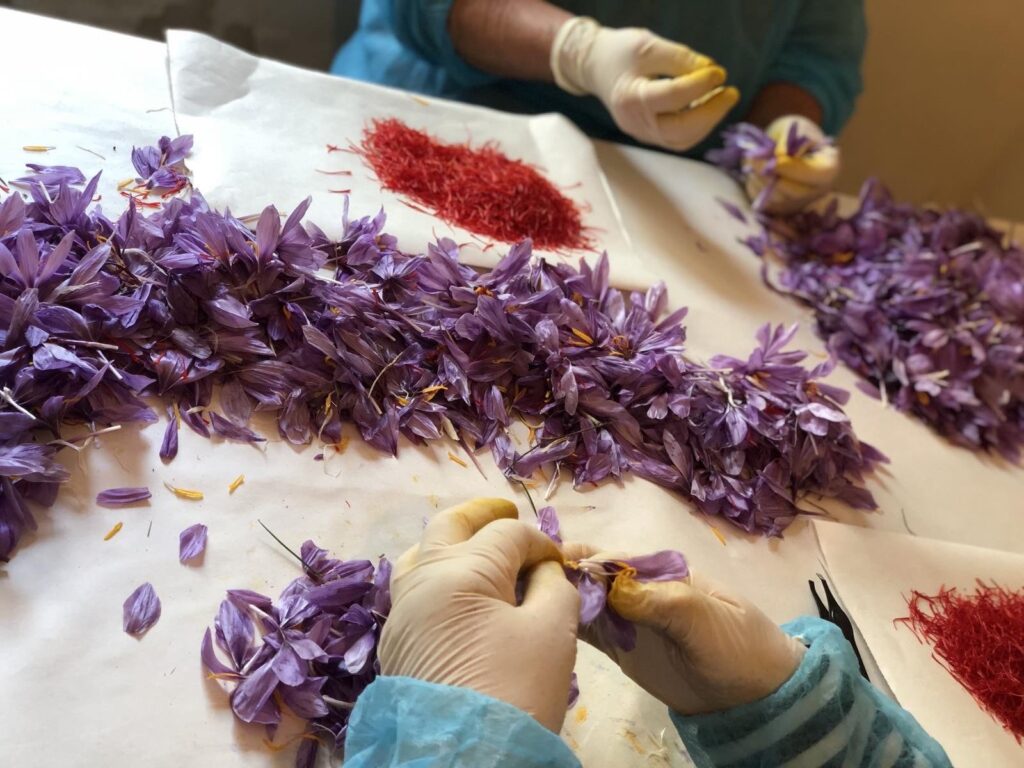 – Are professional knowledge or advice from agronomists needed to grow saffron?

– While working in the Balkans, I was trained by a Spanish specialist and acquired all the necessary knowledge. I only need professional help when choosing organic fertilizers or pest control products. Anyone with no previous experience or knowledge of saffron production will need to learn the specifics of production before planting.

– What are your plans for the future, do you plan to increase production?

– At the end of spring 2022, I plan to dig up and divide the bulbs in order to transplant them into new soil. The new area will be 1 hectare instead of 1600 square meters, as saffron bulbs are propagating in the soil. They should be split and replanted every four years. I hope that the harvest in 2022 will at least double. The harvest will increase every year. From the 2022 season, production will be profitable.