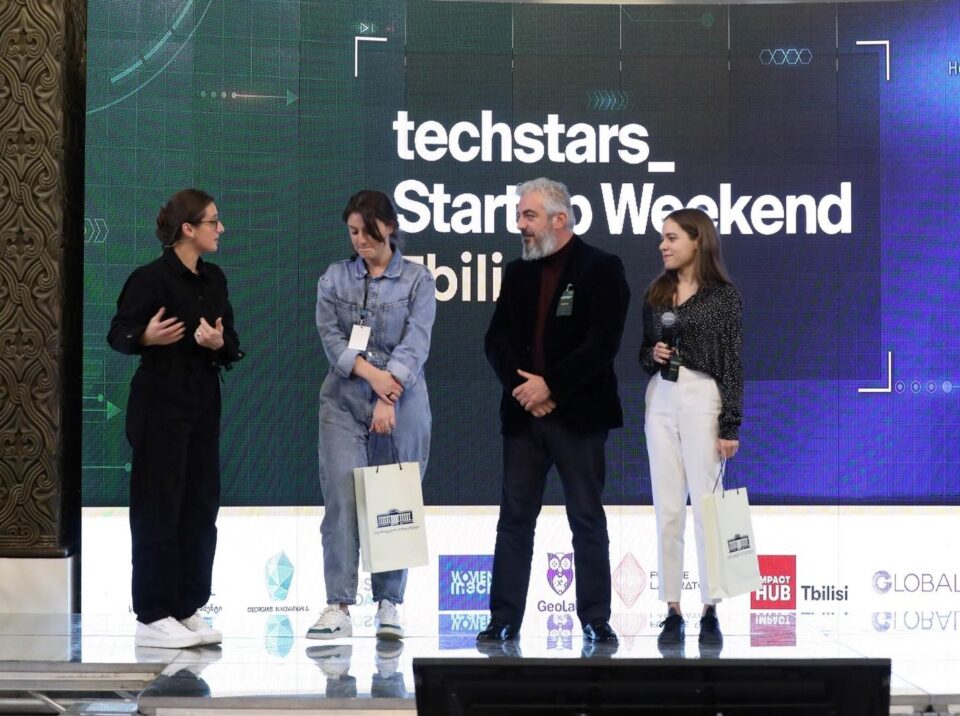 Tornike Mzhavanadze, an entrepreneur and now an inventor from Georgia, together with his partner Levan Shanava grows garden strawberries in the open field in the subalpine zone of Samtskhe-Javakheti region. Back in 2015, Tornike thought about growing strawberries in greenhouses on a dynamic platform for super-intensive growing instead of open field, but starting a high-tech greenhouse business in Georgia turned out to be associated with multiple barriers including high investment cost, unavailability of certified planting material, lack of knowledge, etc. Given the limited budget, the partners decided to start production in the open field.

Despite starting production in the open field, Mzhavanadze continued to think about an engineering solution to make intensive greenhouse production affordable, ergonomic, and profitable for business.

In 2021, Mzhavanadze found a solution to the problem, already in 2022 filed for a patent and launched a startup DG Systems (Da Vinci Green Systems LLC) to work on a new system he invented to maximize production in greenhouses. The first year of work on the project turned out to be successful, in the spring of 2022 the startup received a grant from the European Union for innovative entrepreneurship in the amount of 100,000 GEL ($ 37,417) in a competition from the state agency GITA (Georgia’s Innovation and Technology Agency). Having received a grant, Mzhavanadze and his team started working on a prototype, and by the end of the summer of 2022, the startup reached the MVP level. Recently, startup won the pre-accelerator program of Startup Georgia (supported by USAID) in the field of Agritech/Foodtech/Biotech. By the end of 2022, the startup received a patent for the invention. Startup gifted the rights to invent one of the DG Systems models to the governments of the peoples of Ukraine and Georgia.

The system developed by the startup is a dynamic platform for intensive or super-intensive production of various low and medium-sized crops (strawberries, herbs, lettuces, etc.), maximizing productivity by exploiting the entire greenhouse area, while being completely autonomous from the greenhouse frame, allowing to work on maximum loads without damage to agricultural technology and vegetation processes. The platform is fully automated. Unlike suspended systems, GD Systems is installed on the ground, and during operational procedures (harvesting, preparation treatments, and so on) it is conditionally transformed in three-dimensional space by planetary mechanism of a dynamic structure, releasing up to 70% of the greenhouse area for technical needs.

According to the founder of DG Systems, the main competitive advantages of the innovative platform compared to existing analogues of industrial production dynamic systems are low cost and the ability to adapt to any type of greenhouse. Another difference is that DG Systems allows you to work at high loads (30+ kg per linear meter of the tray, more than 600 tons per hectare). The ability to work at extreme loads creates extensive conditions for scientific and experimental activities in terms of adapting new crops to intensive growing methods.

DG System claims that the new system can significantly increase the productivity of greenhouse production while requiring 3-4 times less investment compared to alternatives on the market. The price of the system will depend on the configuration and metal prices, but today the average price is declared within the range of 35 euros per sq m.

DG Systems presents its technology on the market as an environmentally friendly innovation that saves energy, water and soil compared to traditional cultivation methods, also claiming that the innovation can significantly reduce the need for hydrocarbons and the emission of carbon dioxide, as well as various groups of freons into the atmosphere, by up to 50 %.

According to Mzhavanadze, the prototype of the system is ready for closed trials. Plans for the near future include obtaining an international patent and, by the summer of 2023, launching pilot production in several countries of the target market.

DG Systems is also open to cooperation in B2B/B2C/B2G business models and is preparing for the first investment rounds. According to Mzhavanadze, the international platform supporting investors and startups – GLOBALIZE has become interested in the project and plans to present DG Systems at conferences in Israel, the United States of America, Uzbekistan, and Britain this year.

50 tonnes of blueberries exported, and new markets opened – the Georgian Agritouch’s results in 2022