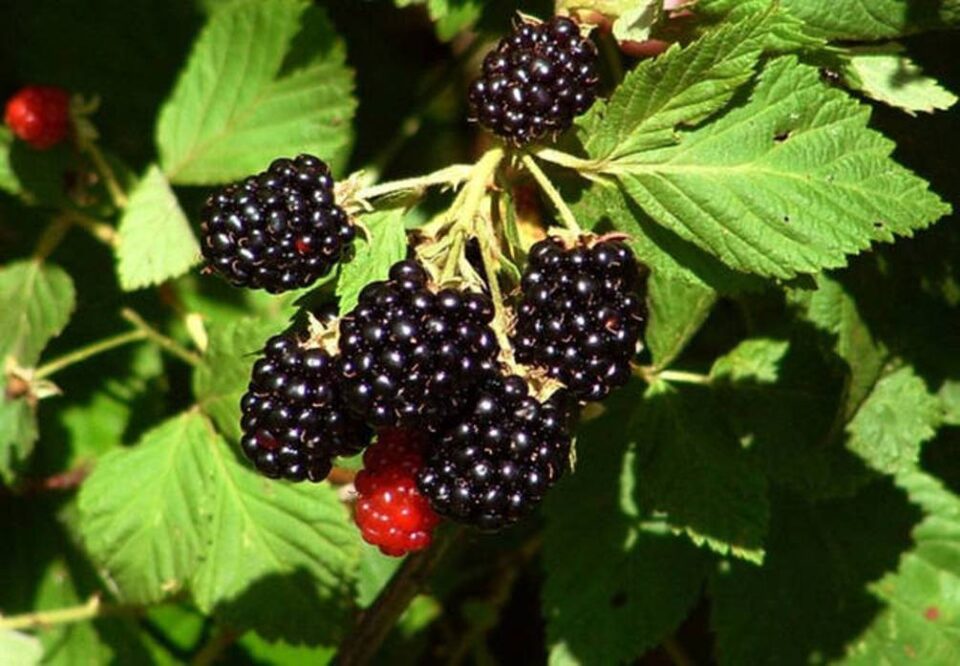 Home › News › Will exports save Georgian blackberry season this year?

Blackberry season starts in Georgia in a few weeks, but early varieties are already available on the market. At this moment demand is high and supply lags behind, so the prices are high for now but in the peak season in July, supply will increase rapidly, and prices will fall. Last season was not easy for Georgian blackberry producers, what should they expect this year? We have discussed current year’s perspectives with the producers.

Only a few producers in Georgia are using the opportunity to sell early blackberries at a higher price and Izolda Kitesashvili is among them. She started the blackberry harvest in May as she produces blackberry in the greenhouse and has early varieties in the open field too. In May she was selling blackberry at the highest price 20 GEL/kg ($5.92), from June prices came down to 15 GEL/kg ($4.9), now, after her orchard in Kakheti suffered from hail and quality deteriorated, the new price is 5 GEL/kg ($1.58). Only a small part of her total production comes from early varieties, the main harvest season in her orchards starts in July.  In total Kitesashvili owns a 2.5 ha blackberry orchard in the Kakheti region.

Other farmers admit that early varieties are attractive in terms of profitability, however, there are two main varieties of blackberries grown in Georgian orchards – Triple Crown and Chester. Harvesting period for both starts in July as they are not among early varieties. As an answer to the question of why farmers did not plant early varieties, they pointed out a lack of information and professional advice on blackberry seedlings suitable for the Georgian climate.

Before the peak season farmers are concerned on finding trade partners in advance, as last year, when harvesting reached the peak, the market was oversupplied, and prices collapsed.

This season farmers will join forces together with the Georgian Berry Growers’ association which currently unites 80 farmers from all berry-producing regions of Georgia. The association is actively involved in negotiations with local fruit processing companies and exporters to help its members sell their berries.

Blackberry producer and one of the founders of the association Eliso Gviniashvili thinks that this year, thanks to the association’s activities, more blackberries will be both sold locally and at export markets – mainly in Russia and the Gulf countries. Association members already had the export experience in Russia and are better informed about required quality and packaging, as well as logistics issues. For the current season the association planned blackberry collection and supply chain in advance. According to Gviniashvili the association has conducted a survey to estimate the current state of Georgia’s berry production. The survey showed that 30 out of 150 raspberry and blackberry producers have already left the market or are not taking care of their orchards anymore. Despite the fact that part of the producers have already left the market Gviniashvili expects that blackberry supply this season will increase. According to her estimates only in Kakheti, there will be at least 170 tons of blackberry this year that is approximately a 70% increase for this region compared to the past season. Factors favoring the increase in production are new orchards and increased yields per hectare due to existing orchards entering the full production stage.