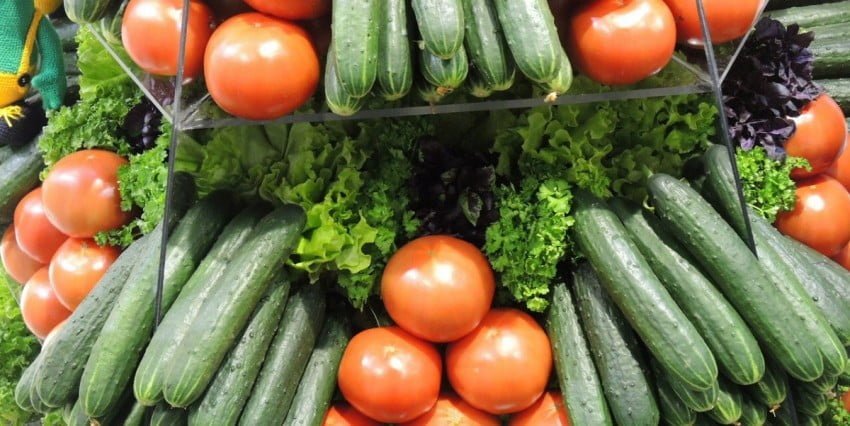 EastFruit analysts draw attention to the threat of a sharp rise in prices for greenhouse vegetables in winter and spring 2022. At the same time, price levels may turn out to be too high for most Ukrainian consumers, who have already got used to eating fresh tomatoes, cucumbers and peppers all year round.

By the way, the prices for greenhouse vegetables have started to grow rapidly now. Therefore, it is possible that the price levels for greenhouse cucumbers, tomatoes and peppers will set records even before the new year.

Among the main reasons for a projected sharp rise in prices, EastFruit experts point out the following:

You can read about the unsatisfactory prospects of the greenhouse business in Ukraine given rising gas prices in this material, but now other important factors mentioned above are being added.

“It should be remembered that Ukraine is integrated into the European market for greenhouse vegetables, therefore, the difficulties experienced by Ukrainian producers are inherent in greenhouses in other countries. Given expensive gas, greenhouses in Germany, Poland, Great Britain, the Netherlands and other EU countries are already seriously affected. Thus, prices for vegetables are already growing everywhere, so imports from relatively warm countries such as Turkey, Morocco, Egypt, Uzbekistan, Israel will rise sharply, even without taking into account the growth in transportation costs,” explains Andriy Yarmak, economist at the Investment Centre of Food and Agriculture Organizations of the United Nations (FAO).

It should be noted that Ukraine has been actively increasing imports of greenhouse vegetables in recent years that allowed to keep their prices at a relatively low level. In spring, prices for greenhouse vegetables from Ukrainian greenhouse plants were usually significantly higher than for imported one but they were sold well due to their higher freshness and good taste. However, it is not guaranteed that the prices for Ukrainian greenhouse cucumbers and tomatoes will be affordable for consumers in the new season.

“It is possible that Ukrainian greenhouse complexes will be forced to start a new production season later in 2022. Imported vegetables can also rise sharply – after all, they were incredibly cheap in 2021. This means that a decrease in the production of greenhouse vegetables in relatively warm countries cannot be ruled out, which will only aggravate the situation with high prices,” says the FAO expert.

The sharpest growth is noted in imports of greenhouse sweet peppers in 2021 – by 26%. Tomato imports rose by 20% and cucumber imports – by 17%. At the same time, Ukraine has even increased the export of greenhouse vegetables. There were exported 2.4 times more cucumbers than in 7 months of 2020, and tomatoes – 41% more. Peppers are almost not exported from Ukraine.

Cucumber and tomato from Ukraine were exported mainly to Estonia, Poland, Moldova and Belarus.