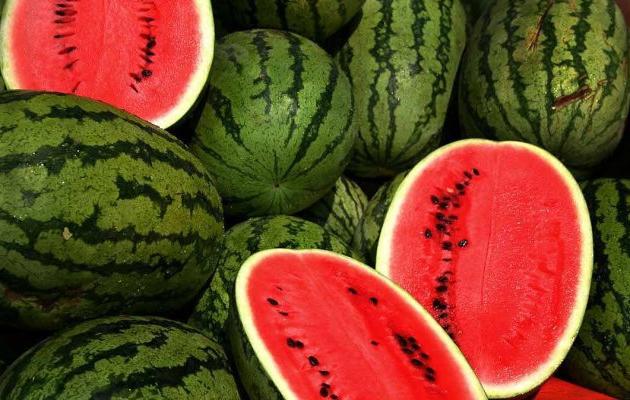 Uzbekistan exported a record volume of watermelons in 2022, exceeding last year’s volume by almost twice. The increase was possible mainly due to an almost two-fold increase in the volume of exports to Kazakhstan and a multiple increase in export volume to Tajikistan and Kyrgyzstan, EastFruit experts note. 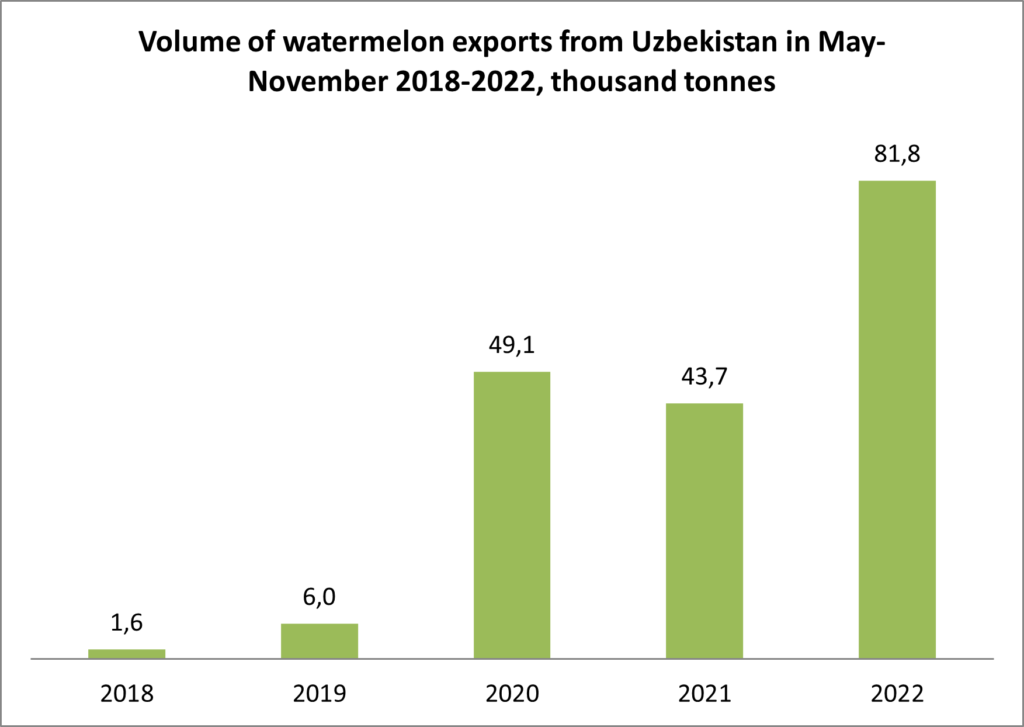 Uzbek watermelons were exported in 2022 to the following countries:

As can be seen from the data, the largest share (97.4%) was exported to the Top-4 countries in the above list.

Compared to the same period last year, such a solid increase in the export of Uzbek watermelon in 2022 was achieved mainly due to a sharp increase in supplies to neighboring countries:

It should be noted that there were no exports of watermelon from Uzbekistan to Latvia in 2018-2021. The last time Uzbek watermelons were delivered was in 2017 in a volume of only 16 tonnes, but in the 2022 season, Uzbekistan exported 674 tonnes of watermelons there!

Despite the small volumes of shipments, the supply of Uzbek watermelons to Mongolia has been growing for the third year in a row. A trial batch of watermelons of 2 tonnes was delivered in 2019 from Uzbekistan to Mongolia. 15 tonnes were exported in 2020, 40 tonnes in 2021, and 154 tonnes in 2022, i.e. the volume of exports this season has grown almost 4 times compared to last year.

Such a record volume of watermelon exports in the 2022 season was facilitated by a good harvest and relatively low prices for watermelons in Uzbekistan this year. The first wholesale batches of watermelons became available on the domestic market of the country in late May – early June, at about the same time as in 2021 and 2020. In the first ten days of June – at the beginning of the mass export of watermelons from Uzbekistan, the average wholesale prices ranged from 2000-2500 UZS/kg ($0.18-$0.23) and were at the level of the same period in 2021, but 2.5 times lower than in 2020. Over the next month, wholesale watermelon prices in Uzbekistan almost halved, and in the first ten days of July 2022, they fluctuated in the range of 1000-1500 UZS/kg ($0.09-$0.14).