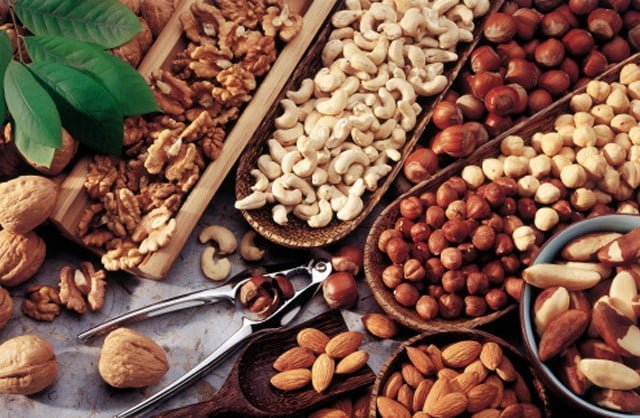 According to Andrii Yarmak, an economist at the Investment Department of the Food and Agriculture Organization of the United Nations (FAO), berries and nuts are the two fastest-growing horticultural markets in the world.

“Every year, the world trade in nuts is increasing by an average of 7.8%, which is comparable to the growth rate of the berry market. At the same time, the export of nuts annually grows by $2 billion a year and already reached about $34 billion,” says Andrii Yarmak. “The best-selling nut in the world is cashew, its sales are growing at a tremendous pace, namely by 17.2% or $760 million per year,” the expert says.

The trends for vegan food, paleo diets, and other healthy eating habits are important factors that affect such rapid growth in the global nut market. In these diets, nuts often play a crucial role as they contain lots of protein in combination with healthy fats and carbohydrates. Today’s rapid pace of life means people have less time to cook and prefer healthy snacks instead, which also results in increased nuts consumption. Nuts are filling type of food, and they are considered a healthy snack.

Their more active processing also plays an essential role in the growth of demand for nuts. In particular, the increased use of so-called nut flour also boosted global nuts consumption. The confectionery and snack industries also play a significant role, where the demand for healthier products containing nuts is growing.

The growing number of people going in for in sports contributes to growth in nuts consumption because they are recommended as a part of a healthy diet and lifestyle. It is also essential that large international corporations are investing heavily in promoting healthy snacks, and that is a locomotive for the demand for nuts.

At the same time, Andrii Yarmak noted that walnuts, traditional for Moldova, are significantly inferior in growth rates to cashews and almonds, as they are less versatile in consumption and processing. Thus, the share of walnuts in the world nut market is gradually decreasing. The expert also clarified that little-known niche nuts such as cola, betel nut, and macadamia have the highest sales growth rates. Their global exports are growing by 25-40% annually.

Read also: Macadamia is the fastest growing nut crop in the world