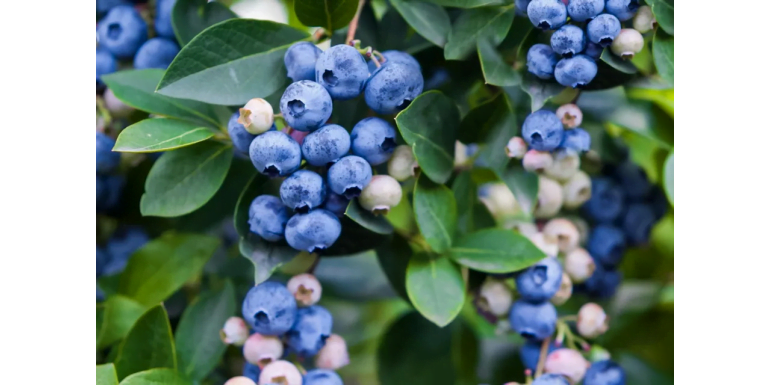 Home › News › The blueberry season comes at the end in Georgia

Blueberry season is almost finished in Georgia. Roughly one week is left until Growers stop the picking process in their orchards. 2021 season had its ups and downs. According to local growers, despite the panic and reduced prices on the market at the end of June, in general, the current season was successful and there were reasons for this.

But prices fell to $2-$3 per kg at the end of June in one week. It was expected that prices would go down as harvesting has started in competitor countries including Serbia and Belarus. the only difference was that prices fell unexpectedly fast because of the panic regarding new regulations on fresh fruit and vegetable import in Russia. Low prices have caused dissatisfaction among growers. They accused traders of artificially lowering prices.

Blueberry orchard owner and trader Gia Jgarkava state that this year especially small-scale growers were not happy with prices because they had unrealistic expectations.

„Blueberry farmers should not expect that prices will remain high throughout the season. I was buying blueberry from small Growers and selling it in Russia this year, but they demanded high prices even after prices dropped on the market. It was hard to explain to them that I was not trying to cheat them. In the end, I decided to work with large Growers as they are better informed about prices on export markets and have realistic expectations.”

Jgarkava sold last harvest from his own orchard a week ago for 10 GEL/kg ($3.18) and states that even this price should be acceptable for the producer.

According to the Growers, for today the wholesale prices of blueberries on the Russian market have increased to $3-$4, although a large share of the Georgian blueberry harvest has already been sold.

They expect that blueberry prices will fall further in the future. This year already showed that Russian market becomes saturated and blueberry harvest increases in Georgia. They see alternative markets as the solution in this case. 2021 season was successful for large Growers in this regard too.

The largest blueberry growerin Georgia “Georgian Blue” supplies supermarket chains in Germany and Netherlands this year. According to company representative Rati Morchiladze harvesting will last for the next ten days in their orchards, as they have late varieties.

“The season is not finished yet in our orchards, we need 10 more days to finish harvesting, but I can already say that this season was successful for our company, as we exported our product on new markets and expect to supply more to them in the future. We have early, mid-season and late varieties to ensure supply for longer period,” said Morchiladze.

2021 was the first year when another large-scale blueberry grower “Green Valley” sold their product in Bulgaria. Company representative Zura Tsereteli said that despite some difficulties in logistics blueberries arrived at the destination successfully without quality deterioration. For now, the company has finished harvesting.