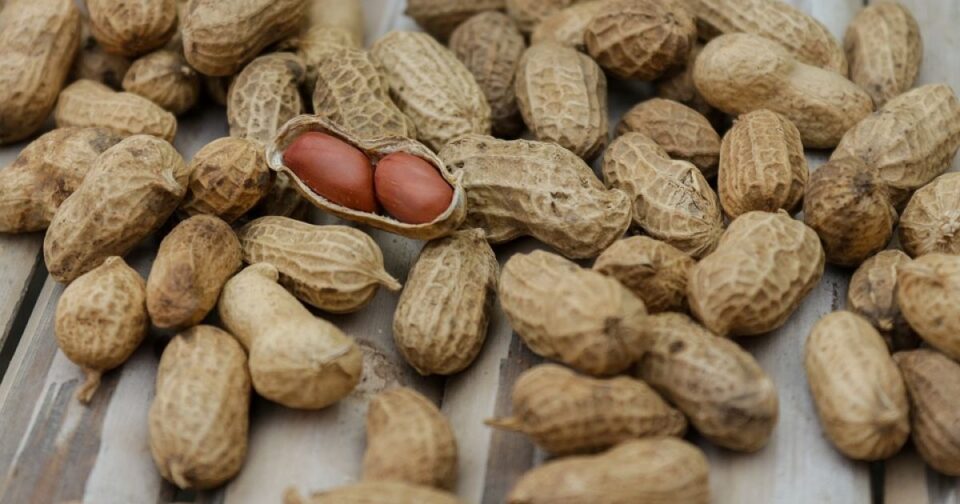 From the beginning of January to mid-December 2021, the exports of peanut from Uzbekistan in physical terms exceeded the total volume exported in 2020 by 63% and turned out to be almost 2 times more than the total volume of 2019. At the same time, the volumes of export to China, Kazakhstan, Russia, Ukraine, Belarus have increased several times, and several hundred tonnes have been delivered to the Netherlands, EastFruit analysts report.

Since there are only two weeks left until the end of the year, EastFruit analysts are summing up preliminary results on the export volume of peanuts by country and the growth rate of the main importers based on data of 2021.

About 92% of Uzbekistan’s peanut exports from early January to mid-December 2021 accounted for the total share of 9 countries. Unlike many other fruit and vegetables, the export volume of Uzbek peanuts is more diversified by importing countries. Below is the dynamics of export volumes to these countries in 2019-2021 (data for 2021: from January 1 to December 15): 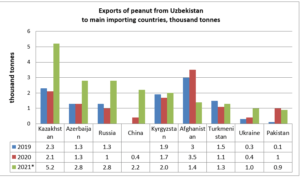 Two countries not shown in the chart and table above, the Netherlands and Belarus, are also worth noting. Uzbekistan has not exported peanuts to the Netherlands since 2004, but over the past months of 2021, 345 tonnes of peanuts were delivered there. The volume of peanuts exported to Belarus amounted to 315 tonnes, which is 2.5 times more than in 2020 and 8.4 times more than in 2019.

The next directions in terms of growth rates are Kazakhstan, Azerbaijan, Russia and Ukraine. In 2021, exports to these countries grew by 2 to 3 times compared to 2020 and 2019.

The growth in peanut exports to Turkmenistan and Kyrgyzstan in 2021 is more moderate: about 18% compared to 2020.

A sharp decrease in the exports of peanut from Uzbekistan in 2021 is observed in Afghanistan – 2.5 times less than in 2020 and 2.1 times less than in 2019. Obviously, the main reason for such a sharp decline is the well-known events and change of the political regime that shook the country in the past year. Probably for the same reason, the exports of peanut from Uzbekistan to Pakistan in 2021 decreased by 10% compared to 2020, since the shortest route when sending goods from Uzbekistan to Pakistan runs through the territory of Afghanistan.