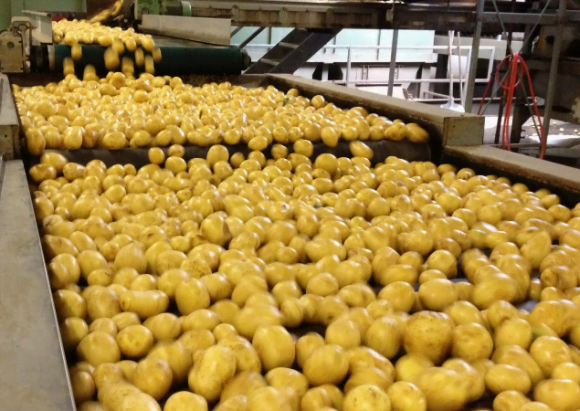 EastFruit continues to urge all sane companies to stop any business with russia. Recently, Canadian company McCain Foods, one of the global leaders in potato processing, has announced its plans to stop investments.

McCain Foods Rus, a subsidiary of Canada’s McCain Foods Limited, has decided to halt the construction of a potato processing plant in the Uzlovaya SEZ in the Tula Region and stop shipping ready-made products to the russian market. In addition, the company transferred $200 000 to the Red Cross Ukraine Humanitarian Crisis Appeal, a Canadian aid fund for Ukraine.

It was assumed that the enterprise would process more than 200 000 tonnes of potatoes and produce over 100 000 tonnes of finished products per year. French fries, roasted potatoes and breaded potatoes were to form the basis of the assortment. The construction of the plant started last year and was scheduled to complete in 2022.

The cost of the project was estimated at 12.7 billion RUB. The company signed an investment agreement with the regional administration at the end of 2020. In summer 2020, McCain Foods Holland BV and its European subsidiary McCain Europa BV established McCain Foods Rus LLC in the city of Uzlovaya, Tula Region, with an authorized capital of 50 million RUB.

The plans of the Canadian company to build a plant for the production of french fries in russia have been repeatedly reported. For example, a plant in the Bryansk region with the capacity of about 150 000 tonnes was reported to be built in 2011. As a result, the agricultural holding abandoned this idea.

EastFruit reminds that a company’s reputation is the most valuable asset, and maintaining any relationship with russia today is the destruction of reputation. We also call on all companies and businesses in the world to support the real heroes of Ukraine in their courageous resistance to the russian occupiers. Accounts for donation and other important information on how you can help Ukrainian defenders are available at this link.