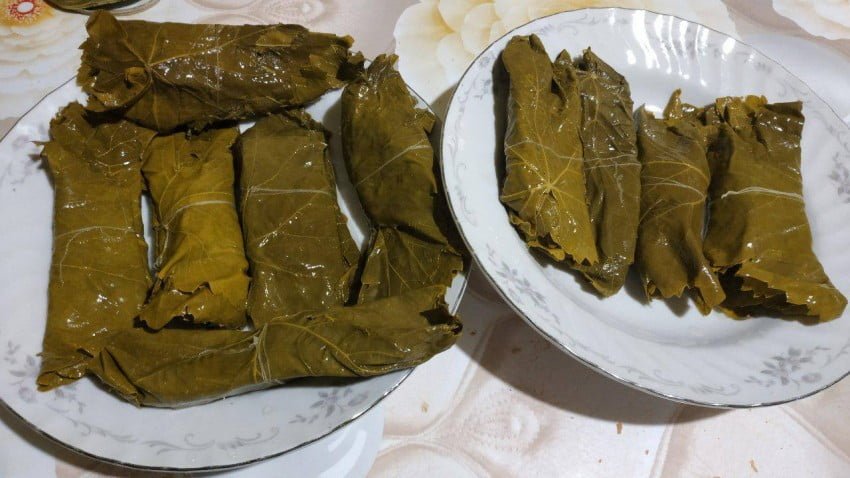 It is widely known that grapes are used to produce wine, but when thinking of profiting from grapes, grape leaves are usually not taken into account. However, grape leaves become an essential contributor to the rising incomes of villagers. EastFruit experts, with the help of Bakhtiyor Abduvokhidov, an international consultant of the Food and Agricultural Organization of the United Nations (FAO), explain everything about the grape leaf market, harvesting industry, and prospects for its export.

Dolma is one of the most popular dishes in the world, which is consumed in countries of Central Asia, Caucasus, Balkans, Middle East, etc. According to various estimates, 2.5 to 4 million people living in Germany are immigrants from the Balkans or Turkish origin. This fact explains the popularity of dolma in Germany. Several million Central Asian residents living in Russia have also made dolma popular in that region. Dolma contains rice, vegetables, and, sometimes, meat wrapped in a grape leaf. The calling card of Central Asia (Uzbekistan, Tajikistan, Kyrgyzstan, Kazakhstan, etc.) is pilaf. While cooking pilaf, grape leaves are also used. As a rule, meat and onions are wrapped in grape leaves and put them on pilaf. 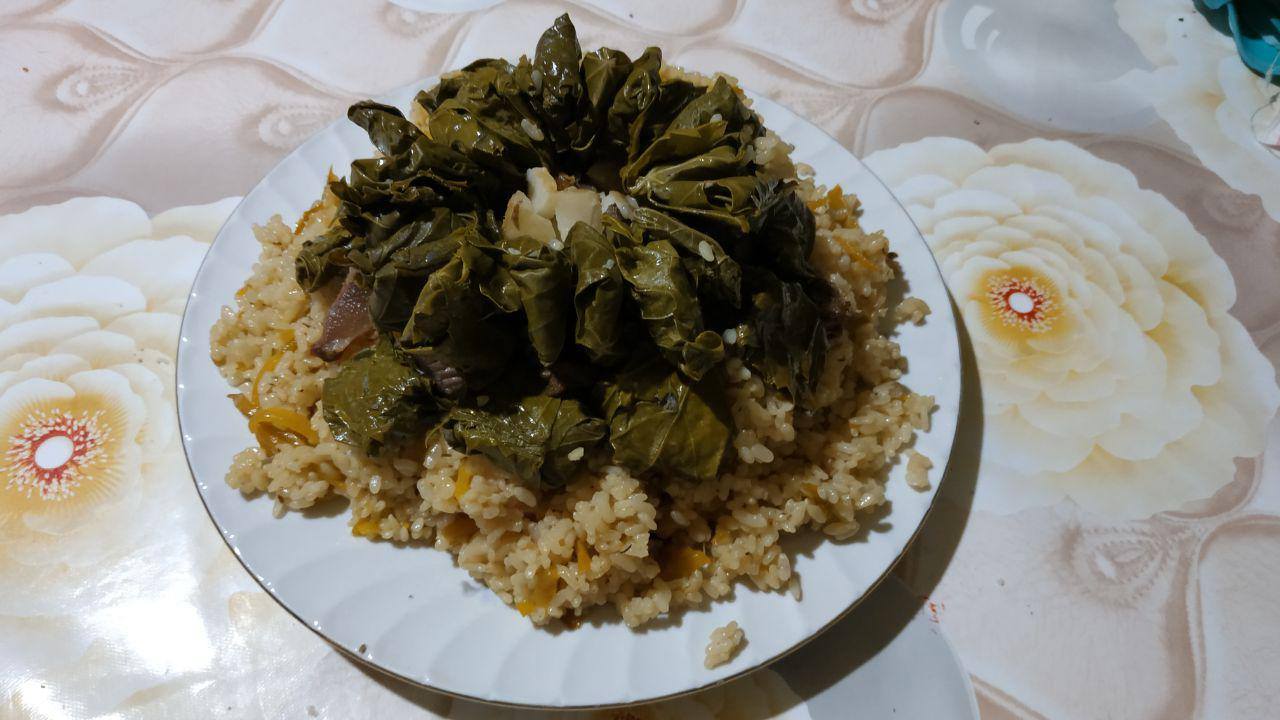 Given that pilaf and dolma are consumed during a year, only young grape leaves are suitable for these purposes. There is a developing industry for the harvesting, preserving, and pickling of grape leaves. In addition, people also harvest grape leaves in their households during a season to consume it throughout the year. 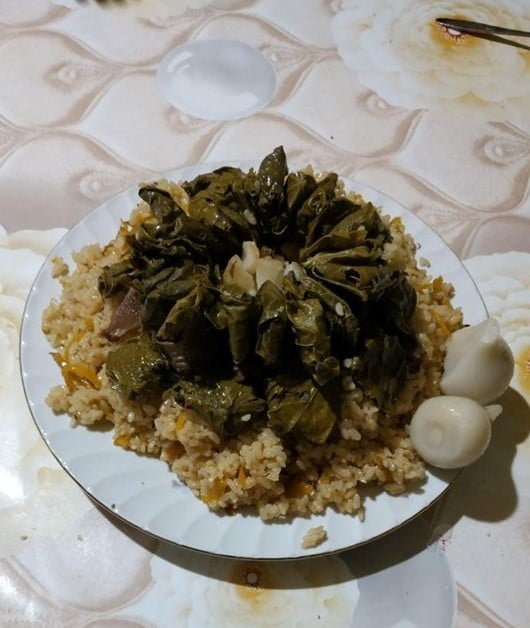 We became interested in this topic after a request received on the EastFruit Trade Platform to purchase a large volume of canned grape leaves for Bulgaria. It turned out that no one can offer large volumes of this product in Central Asia, Moldova, or Georgia, where many grapes grow and are consumed. At the same time, grape leaves in Central Asia countries can always be bought in markets and even in food stores.

Where does it come from?

Grape leaves in Tajikistan and Uzbekistan are usually harvested from April to June and only from young shoots of the vine. The collected leaves should be soft and tender to prepare and chew it properly. Young leaves should be convenient to wrap the filling in them. Traditionally, grape leaves are consumed from April to June, during a period when young leaves can be found in the vineyard. 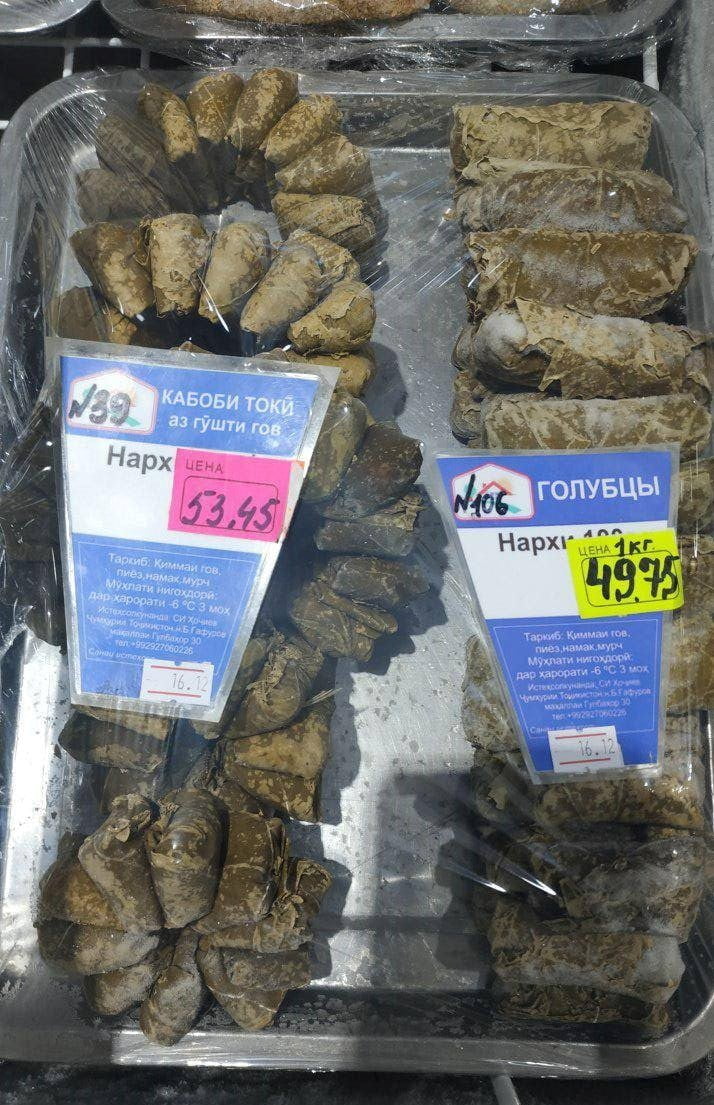 The leaves are sorted into two sizes: small leaves are used for pilaf (they used to wrap the meat with onions), and large leaves are used for dolma production. The largest volumes of harvesting and processing of grape leaves in Central Asia are concentrated in the Ferghana Valley. Harvested leaves are purchased by canneries at a price of 5-6 somoni (from 50 to 65 US cents per kg). To stop the growth of the plant for several weeks and redistribute the nutrients to the formation of clusters, grapes are pinched. 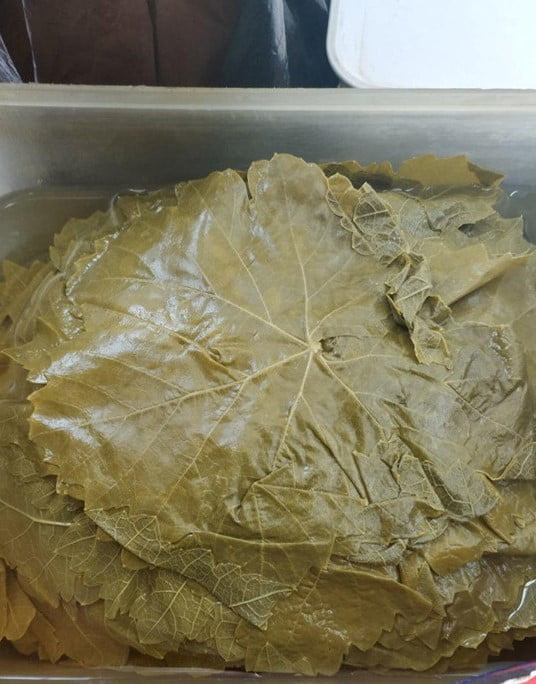 Collected grape leaves are recycled to canneries. They are rolled up in one-liter jars. After processing (salting, pickles), these products are sold at 8-10 somoni per can (about $ 1). The prime cost of the can itself is 2 somoni, and in it, apart from the brine, another 400-600 grams of leaves are placed. 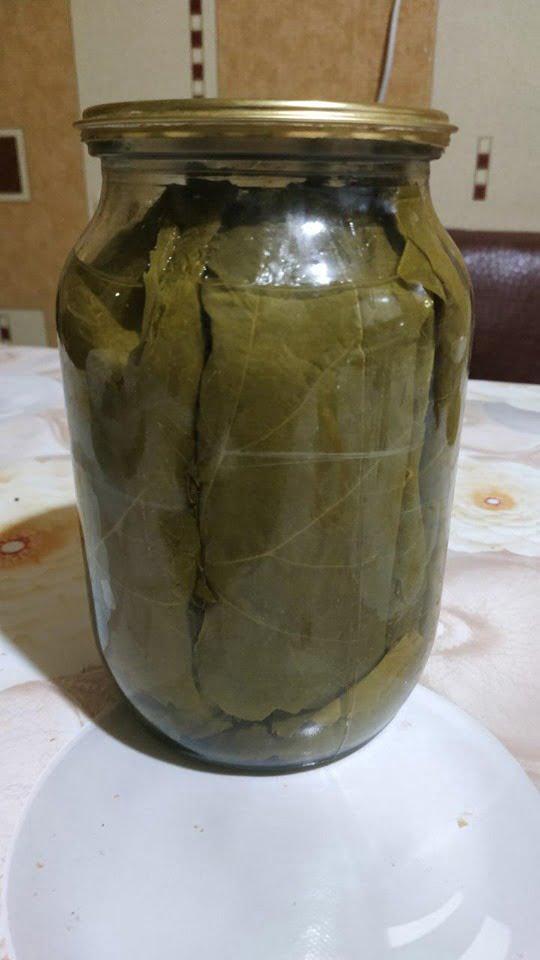 For their own needs and for artisanal, non-industrial, processing, grape leaves are washed after harvesting, placed in PET bottles, and closed with a lid. Thus, the grape leaf can be stored for a sufficiently long time, until the next season. The cost of such a product is about $ 0.8 per 400 grams (this amount fits in a 1.5 liter PET bottle). Of course, such a product is sold exclusively within the country. 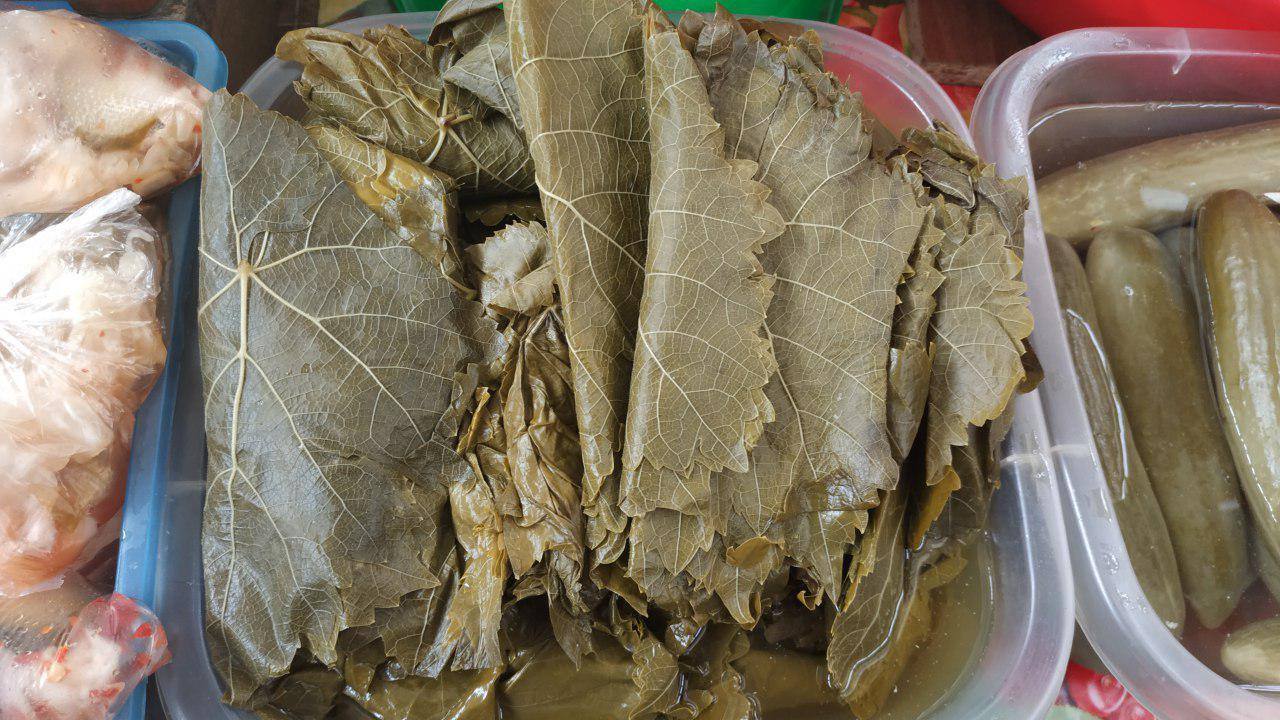 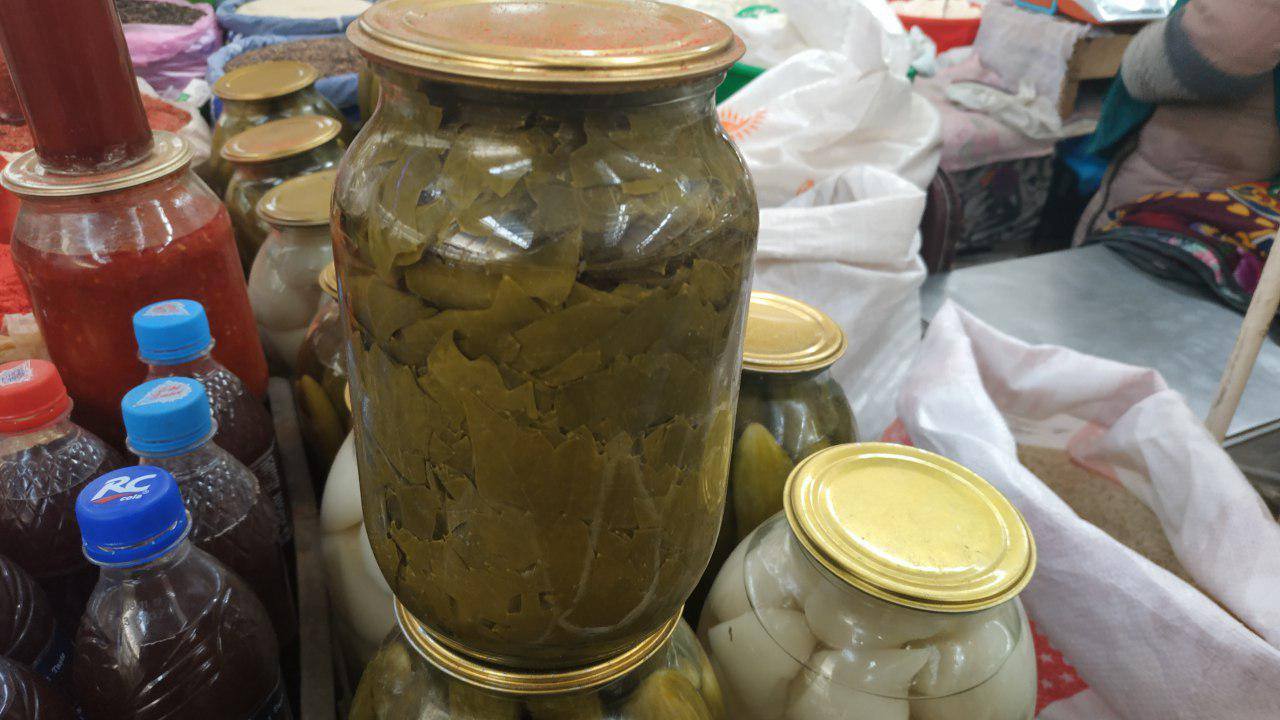 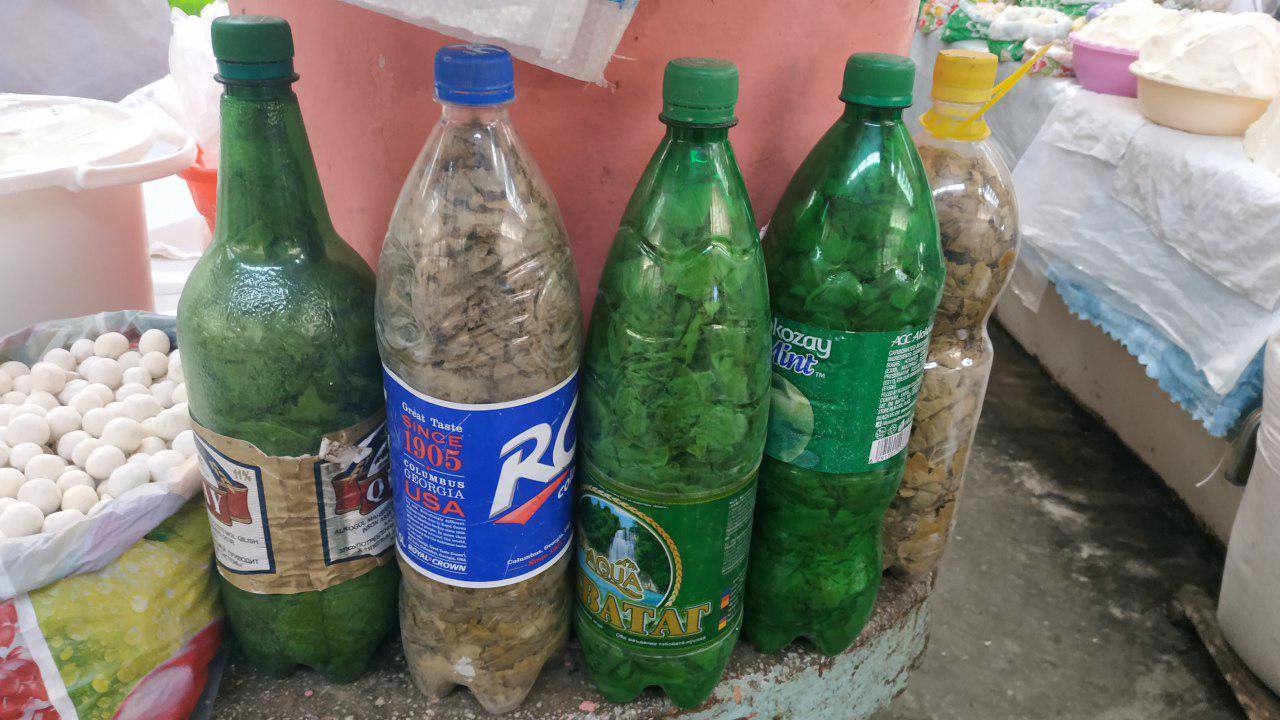 Processing enterprises sell canned grape leaves to both domestic and foreign markets. Several managers of canneries we interviewed estimated the existing export of 120-150 tons of leaves per year. Moreover, several tons of canned grape leaves were shipped to the United States in 2019 by Subhi Watan from Isfara. Moreover, the EAEU is the main market. 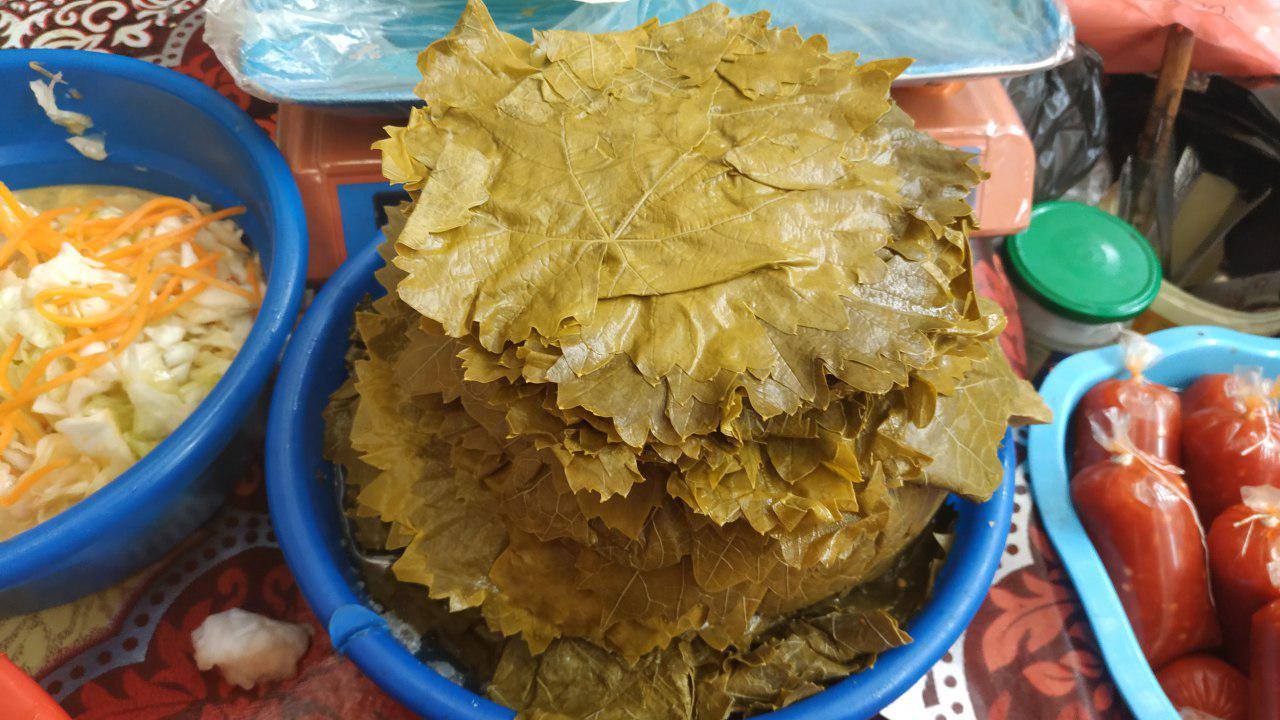 Canneries in Central Asia believe that preserving grape leaves is a promising growing business. Two years ago, according to Bakhtiyor Abduvohidov, in Tajikistan, there were active attempts to organize leaf collection by entrepreneurs from Turkey and Afghanistan. There were orders from 20 to 40 tons and even more. The price requested by the Turks was 6 somoni per kg of a fresh leaf (65 US cents per kg). However, the farmers of the Gissar Valley did not agree to work under these conditions, and it was obviously unprofitable to pay a higher price to buyers.

Bakhtiyor Abdukhukhidov estimates the consumption of grape leaves in Tajikistan at 2 thousand tons. Considering retail prices, this is approximately $ 3 million. The bulk of the grape leaf is harvested by the population. Therefore, this business is unlikely to bring more than $ 500-700 thousand to those who sell the grape leaves for the needs of the domestic market. Uzbekistan’s market for the sale of canned and pickled grape leaves is much larger, and it can be estimated at approximately $ 3-4 million.

Andrei Yarmak, an economist at the FAO Investment Department, believes that the global grape leaf market is huge, but its international trade is very poorly developed, because the leaf is consumed, as a rule, where it grows. However, in Germany, according to various estimates, about 2 million servings of kebab are sold daily, and in establishments where they sell kebab, they usually sell dolma. Therefore, Germany is a promising market for canned grape leaf or frozen ready-made dolma. However, the finished product will be much more difficult to deliver, especially with meat inside, due to the strict rules for access to the EU meat markets. According to the expert, the grape leaf market will grow even in Central Asian countries as population incomes increase. High rates of urbanization will not allow the population to independently harvest grape leaf in the same volumes, so consumers will have to buy it in markets and in supermarkets. 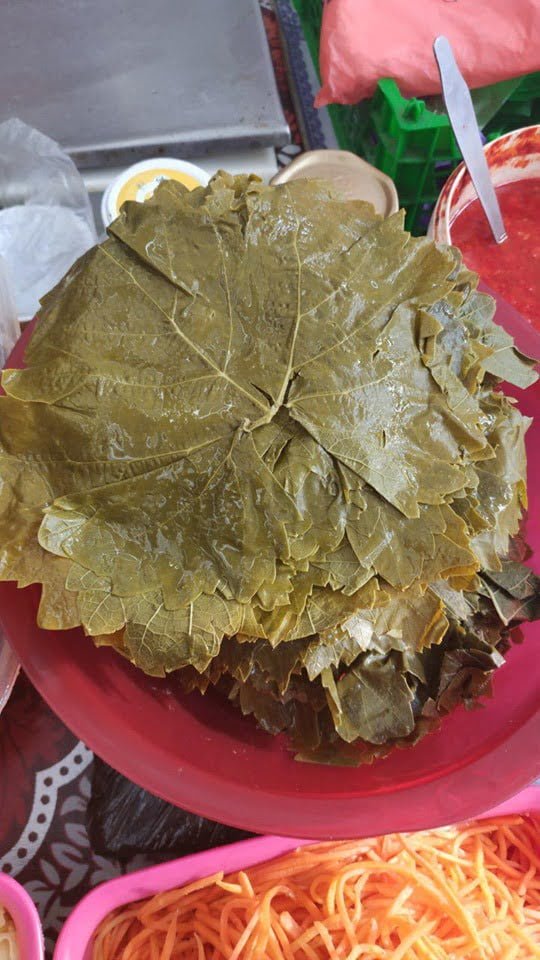 In connection with these processors, it will be beneficial to study the markets for canned grape leaves outside their own countries. Therefore, exports will also grow. 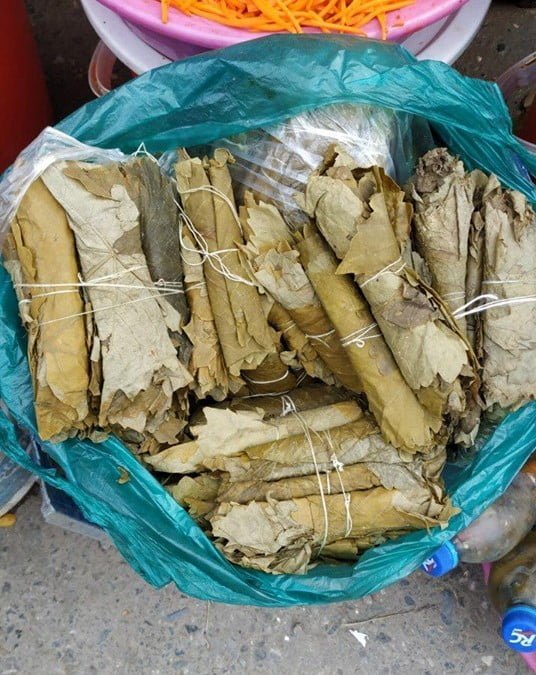 The Advantages and Disadvantages of Grape Leaves

Grapes are considered a sacred plant in many countries of the world. Those countries where the grape leaf is consumed considers it very healthy. A grape leaf is a very low-calorie product. Even in canned form, grape leaves are rich in vitamins A, C, B, as well as minerals such as manganese, magnesium, iron, and calcium. Only 30 grams of grape leaves will provide the body with a daily norm of vitamin A. It is believed that regular consumption of grape leaves improves the condition of the skin and hair, reduces the risk of strokes and cardiovascular diseases, and also contributes to the production of the most powerful antioxidant resveratrol in the body.

Grape leaves are not only tasty but also profitable products. So the grape leaf market has a promising future!