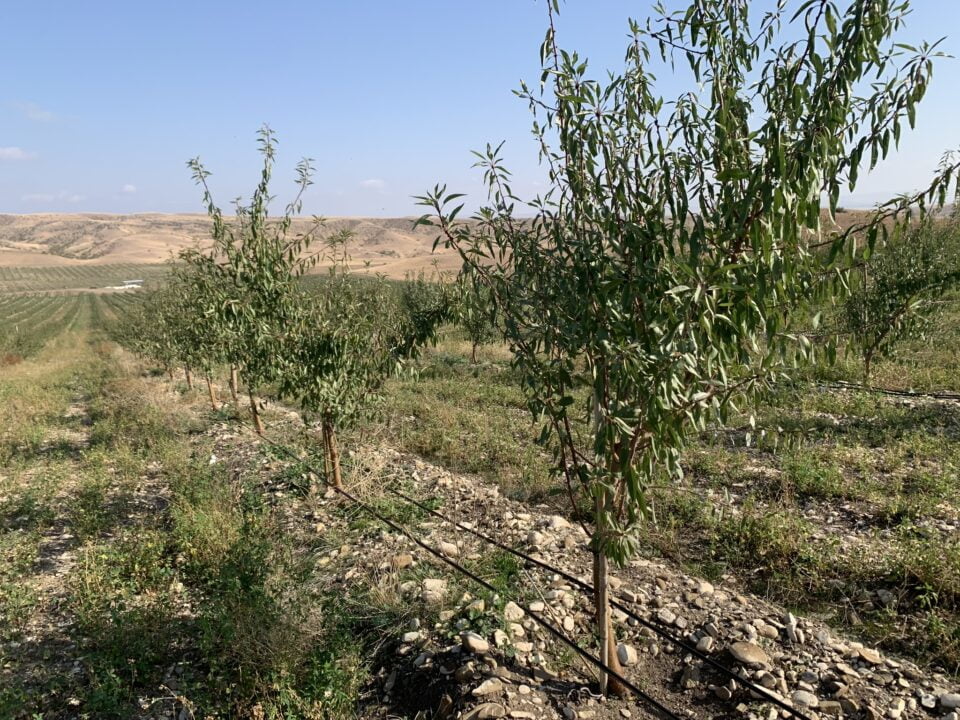 Ashish Kapur, foreign investor, and experienced grower arrived to Georgia in 2018 aiming to develop sustainable almond plantations for institutional investors. After some research, he opted for the Eastern part of the country – Kakheti – due to its long history of growing stone fruits. Relatively dry climate of Kakheti, which inly has 700mm of rainfall per annum, is perfectly offset by the abundant water of the  Iori River. Thus, the conditions are perfect for growing nuts like almonds. Furthermore, it makes it easy to dry the almonds after harvest, keeping them free of fungus and thereby also of good quality.

Of 900 ha operated by Ashish Kapur 120 ha has being already planted with hardshell varieties – self-pollinating Lauranne (60%) and Ferragnes with a pollinator Ferraduel . As Ashish explains, the hard shell varieties are supposed to reduce damage from insects. 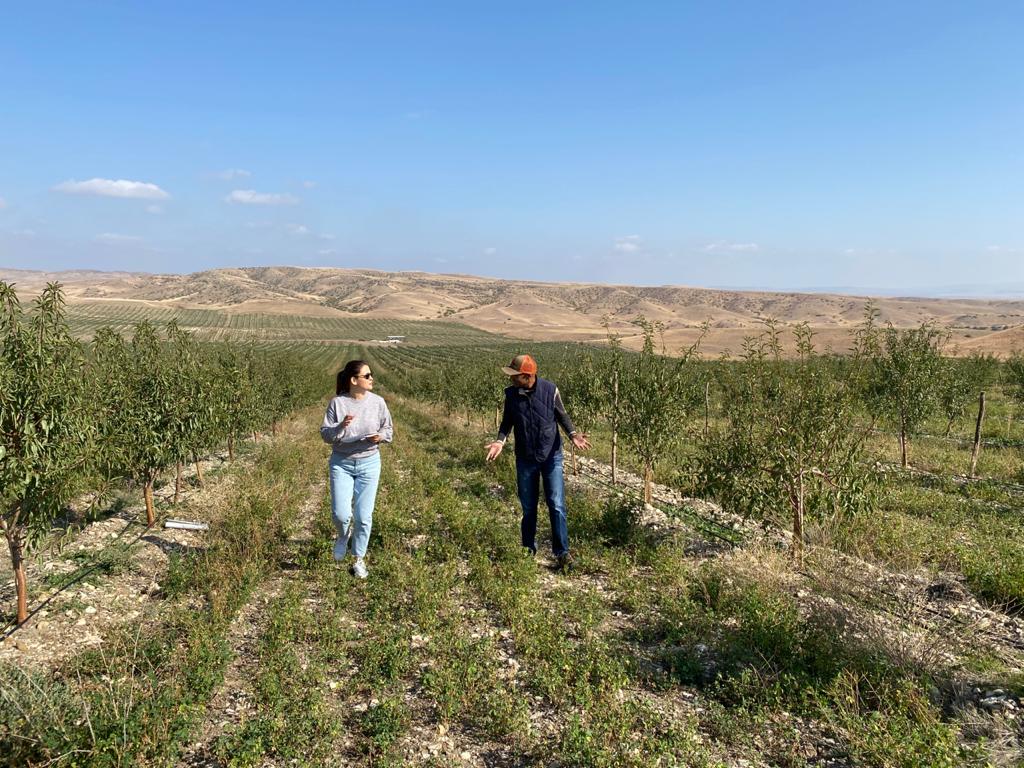 “In fact, varieties are irrelevant, – explains grower – the first decision is to be made is related to the rootstock. The rootstock ensures the plant is appropriate for the particular soil such as helping to build resistance to salt. We use peach-almond Turkish rootstock called Arda (similar to Rootpac20), which gives the first harvest after two years, is mature by the 4th years, and can help good growers achieve the breakeven in 5 years”. This year company had the first harvest. “Once trees arrive at commercial productivity, we will arrange mechanical harvesting and facility for drying in the field”

It is not without challenges, as the place appeared to be windy enough, thus local orchard manager suggested putting almond trees on the trellis-like vine and it worked well.

“Next year we are going to convert 40 ha of our orchards into organic. The reason is the price premium and strong demand from European countries. As you know, 80% of global almond is produced in California. However, the largest almond consumer is the European Union. At the same time, about 25% of the European food market is organic produce and almond is a gold ingredient in many food products, including “bio”- labeled. Therefore, there is a stable demand for organic almond, which is not covered by the US growers, as they don’t grow many organic nuts”, says Ashish. “I believe organic labeling will secure a niche in a growing almond demand worldwide”.

Protecting orchard by biological matters only is quite challenging and requires many adjustments comparing to conventional production; however, Ashish believes it worth it. Some of the techniques they have implemented include mechanical management of weeds between the trees and cover crops to reduce weeds in between the rows. Currently, he explores the way to install solar-driven irrigation pumps to ensure sustainability, but also to adapt to the no-electricity situation in the production area. “I wish there are more organic almond producers around, as we also would like to organize Fairtrade sourcing and thus, benefit smaller producers.” 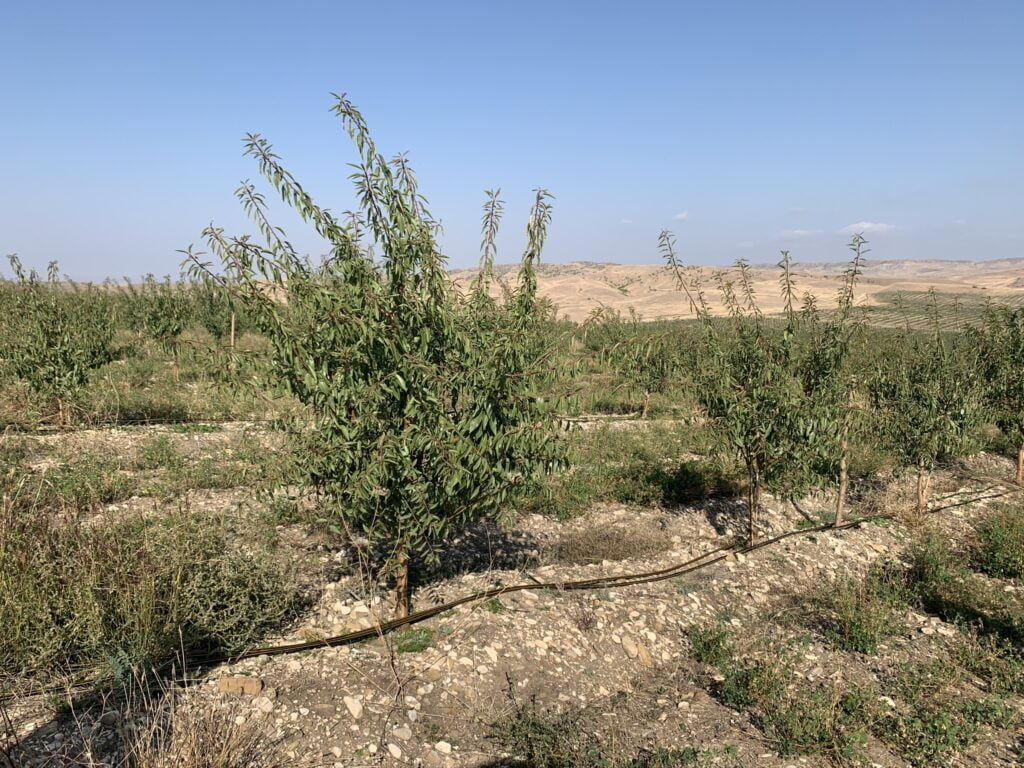 “Soil is a treasure of Georgia; however, lack of infrastructures like roads and electricity supply prevents investors from considering project here, which is a pity, because such projects would provide huge employment opportunities for locals and train them in high-value skills.”