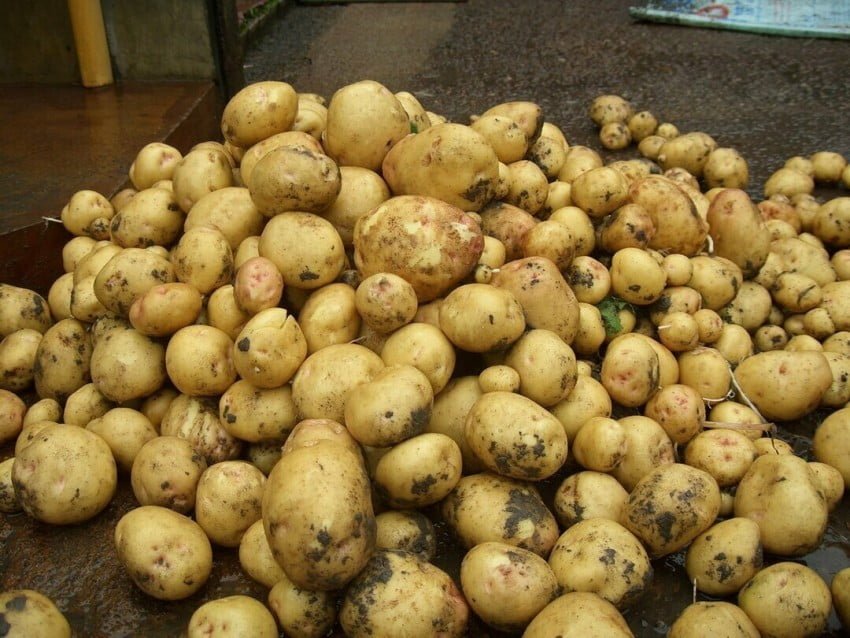 Potato imports (excluding seed potatoes) in Georgia amounted to 1,200 tons in July 2021, drastically surpassing the average of 34 tons throughout the 2014-2020 in the same period. Worth noting that prices were also 28% higher compared to the July average of 2014-2020. 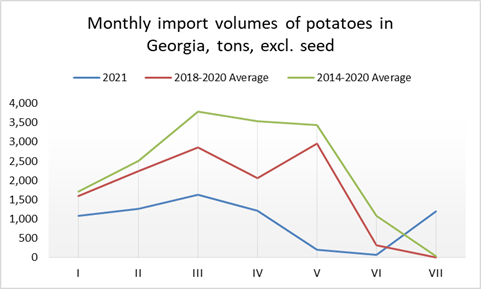 The monthly imports in 2021 were lower than averages  for 2014-2020, until July when Georgia imported 20% of total yearly potato imports in one month. Low imports in previous months were caused by good local supply and lower demand due to pandemics. 94% of potato imports came from Turkey. The average price was 230 USD/ton (CIF).

In June, our attention was drawn to increased exports of potatoes from Georgia rather than imports. Farmers see a connection between these two facts. Nika Gavtadze, the representative of “Sunny Harvest” (Mziani Mosavali), a large potato grower and supplier of Frixx, a Georgian potato chips company, commented that potatos, which were exported to Russia, were intended for domestic consumption. Previous  exports caused an increase in imports now as Georgia has a temporary shortage of local supply. There are still several weeks left before harvest starts in the Samtskhe-Javakheti region, which is the main potato-producing region of Georgia.

Local growers find it difficult to compete with imported potatoes in terms of quality. Malkhaz Kakhadze, potato grower from the Samtskhe-Javakheti, who just started selling early potatoes explained that there is at least 0.2 GEL ($0.06) price gap between prices of local and imported potatoes now.

“A few days ago I brought potatoes to the market in Batumi to sell in bulk. Along with Georgian, Turkish potatoes were also sold there. I sold mine for 1 GEL/kg ($0.32) and the Turkish ones were sold for 1.2 GEL/kg ($0.38 per kg), because they looked better in terms of size and shape,” he said.

According to EastFruit price monitoring results, despite active imports, wholesale prices for potatoes have increased in August. At the beginning of July the average wholesale price was 0.8 GEL/kg ($0.26 per kg), compared to 1.4 GEL/kg ($0.45 per kg) last week.