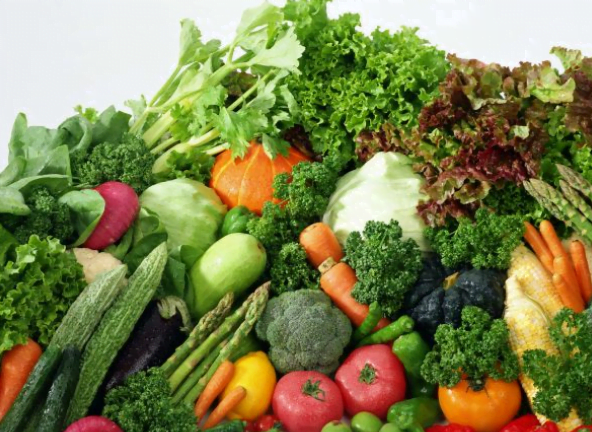 Home › News › Crisis of vegetable farming in Russia: why the profitability of production is falling down?

Vegetable farmers complain that the profitability of growing traditional vegetables and potatoes in Russia in 2019 fell to a critically low level, and only a few managed to earn profits. Despite the restriction of imports from the European Union, the USA, and Ukraine countries, and the huge state support for agriculture, the vegetable growing industry did not manage to maintain its profitability.

What are the reasons, and should potato and vegetable producers in Russia expect an improvement of this situation in 2020? EastFruit analysts offer their vision of the answers to these questions.

First of all, it is noteworthy that the most challenging situation is in those product categories that are subject to the maximum level of production mechanization. Due to the availability of access to financial incentives, Russian producers were able to purchase modern machinery, build high-quality storage facilities and purchase equipment for processing, cleaning, washing, sorting, and packaging potatoes, carrots, table beets, cabbage, and onions. Large landmasses made it possible to implement large-scale projects, dependent on the availability of labor resources only to a small extent.

As a result, the production of traditional vegetables of the “borsch set” (cabbage, carrots, onions, and beetroots) and potatoes in Russia grew continually, and their quality was improving. The growth of the industry is clearly seen in the dynamics of imports. For example, in the 2017/18 season (June-May), Russia imported 685 thousand tons of marketable potatoes, but already in the 2018/19 season, imports more than halved to 317 thousand tons. Imports of onions, carrots, and beets are also declining annually, albeit less sharply. At the same time, imports are conducted mainly to the Asian part of Russia and the Ural region, due to the geographical proximity to China and the countries of Central Asia (Uzbekistan, Kazakhstan, Tajikistan, and Kyrgyzstan), from which cheap off-season vegetables come in the spring.

At the same time, the export of vegetables and potatoes from Russia is growing. In the 2018/19 season, Russia delivered 47 thousand tons of marketable potatoes to Azerbaijan and significant volumes of production to the territory of Ukraine not controlled by the government. Russian-made seed potatoes were also actively exported to Azerbaijan and the countries of Central Asia.

Another notable event was a sharp increase in onion exports to Serbia and Moldova (16 and 12 thousand tons per season, respectively). However, the most considerable resonance was caused by the shipping of Russian onions to the EU countries, in particular, to Romania, Poland, Estonia, and Lithuania.

It would seem that the industry is developing, but the fall in prices for products has been going on for two seasons in a row. Currently, prices for cabbage in Russia, for example, are already almost two times lower than last year and amount to 10-11 rubles/kg (16-18 US cents). Carrots in bulk are sold, on average, 1 rub/kg more expensive, and beets – 1 rub/kg cheaper than cabbage. At the same time, the decrease in prices in relation to last year for carrots averaged 8%, and for beets – 15%.

Onion prices fell on average by 15% and equaled to 12 rubles/kg, the equivalent of 19 US cents. Potato prices fell even more significantly – an average, by 20% per kg. It is possible to buy potatoes in bulk from a farmer for 8 rubles/kg (13 US cents), which, according to potato farmers, does not cover production costs. However, the prices are decreasing, even though in the 2019/20 season, Russia actively exported potatoes to Ukraine, Moldova, and other countries.

A systematic export of root crops, tubers, and other vegetables could save Russia’s horticulture. However, it is also possible to note specific challenges. First of all, the whole fruit and vegetable trade in Russia is set up to import products, and it isn’t easy to turn it in the opposite direction. Manufacturers themselves do not have the required experience in exporting and logistics. Given the remoteness of Russia’s production regions from potential importing countries, the import costs are higher than those of the products imported. Besides, the cultivation and preparation of vegetables for long logistics, as well as the requirements of importers for the varietal composition, quality, and packaging of vegetables, can differ greatly from those that exist in Russia.

Thus, is there hope for a domestic market? Can it be expanded? EastFruit analysts believe that this will be difficult to do because the consumption of traditional vegetables is declining. Consumers increasingly prefer more exotic vegetables and fruits. The demography of Russia itself does not leave any room for hope for a substantial increase in the number of consumers. At the same time, the costs of producing vegetables and potatoes in Russia continue to grow, fuel is getting more expensive, wages are rising, technologies that have to be imported are becoming more expensive, and the level of state support for vegetable farming is reduced. So it is tough to expect the growth of business profitability.