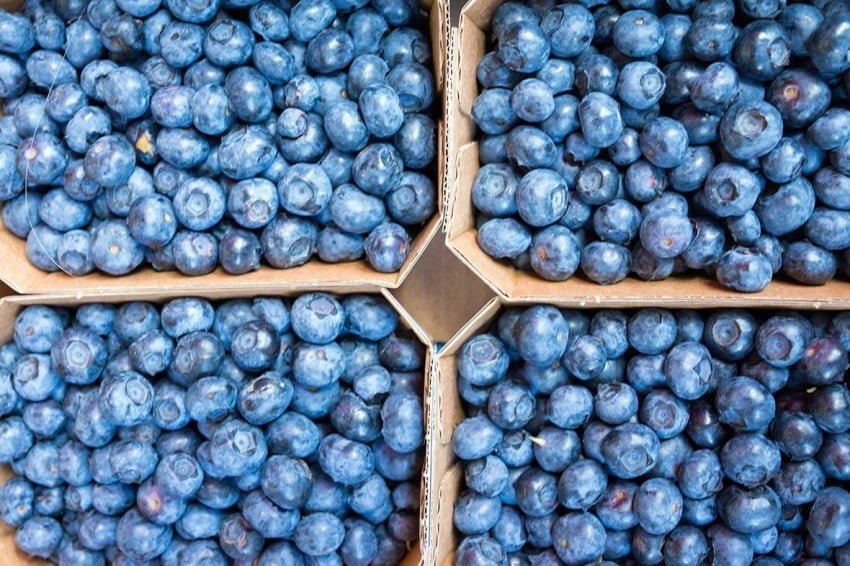 According to EastFruit analysts, there are currently more than 1,000 hectares of commercial blueberry plantations in Georgia, which continue to expand thanks to state subsidies and high profitability of cultivation.

“According to our estimates, about 750 tons of blueberries were harvested in Georgia in 2020, of which 89% or 665 tons were exported fresh. The rest was consumed domestically or processed,” says Andriy Yarmak, an economist at the Investment Centre of the Food and Agriculture Organization of the United Nations (FAO).

Thus, the average yield of existing blueberry plantations in Georgia is less than 1 ton per hectare, but it should be noted that most of the plantations are not yet bearing fruit since blueberries usually reach their maximum fruiting, with proper care, in the fifth year after planting. EastFruit experts estimate that 200 to 300 hectares of blueberries are planted in Georgia every year. This is a very high rate of business expansion considering that Peru, the current leader on the world market, had in peak years up to 2,000 hectares of blueberries planted per year and in Ukraine up to 1,000 hectares.

Barring any serious weather anomalies in 2021, Georgia will be able to double the blueberry harvest by 1,300-1,500 tons. This means that in 2021, Georgia can become one of the 25 largest world exporters of blueberries and come close to the export volumes of Serbia and Ukraine. However, these countries are also likely to increase their blueberry export volumes as well.

“Given the small capacity of the local market, which is about 50 tons, in order to maintain the level of income for producers, it will be necessary to export the rest of the blueberry harvest. This means that next year the potential for exporting blueberries from Georgia will exceed 1,200 tons making this country a fairly large player in the world market. In addition, Georgia has an excellent export niche because Georgian blueberries are available at the end of May just after the season ends of mass blueberry deliveries from Spain and before the harvest starts in Ukraine and Poland,” explains Andriy Yarmak.

EastFruit estimates show that the total blueberry harvest in Georgia in three years may exceed 4,000 tons even when taking into account possible losses from imperfect technologies. If taken into account the probable further expansion of the area under blueberries, then production and exports may exceed 5,000 tons in 2023. Since the average consumption of blueberries in the country is still not high, the domestic market may double during this time but it will not have a significant impact on the blueberry business in Georgia because will not exceed 2-4% of the total production.

“Given the prospects for rapid growth in blueberry production in the country, next year producers may face a capacity shortage for cooling, sorting, and processing blueberries. In addition, the average size of a blueberry farm in Georgia is very small, making cooperation among farmers an absolute must now. After all, it is necessary to assemble a consignment for exports, which is at least 10 tons in just two days,” explains the FAO economist.

He also draws attention to the need to diversify blueberry exports given the difficult history of Georgia’s relations with Russia. “If access to the Russian market is lost for some reason, Georgia will face a difficult problem of finding an alternative sales market. At the same time, the supply of blueberries to the EU from Georgia will be very costly due to complex logistics, not to mention logistics to the countries of the Middle East. Even an increase in supplies to the Russian market during the period when Georgia is harvesting blueberries will be fraught with difficulties since, most likely, it will be necessary to reduce the price of berries to stimulate sales of Georgian blueberries in the Russian market,” says Andriy Yarmak.

In 2020, Georgia supplied a record 665 tons of blueberries to foreign markets earning $3.8 million in export earnings. Thus, the proceeds of blueberry exports from Georgia in the fruit and berry sector of the country are second only to the proceeds from hazelnuts, peaches, mandarins, and apples. It is also the most expensive horticulture export commodity along with hazelnuts.

Thank you for making this article, I am young blueberry farmer from Georgia i put my whole heart into this and i am really looking for that profits because hard work should bring benefits thank you for this wholesome information.