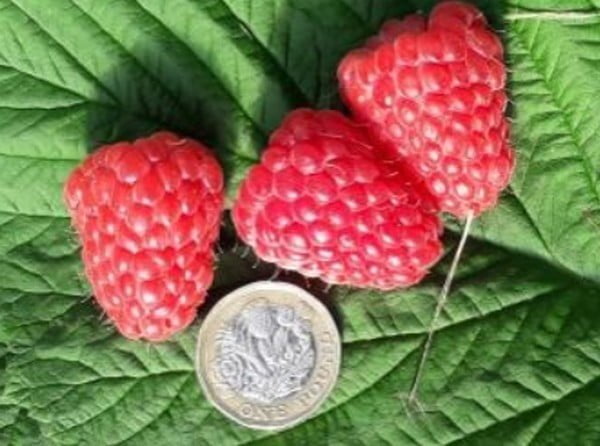 British breeders have introduced a new variety of raspberries called Glen Mor. The presentation took place as part of the annual industry event Fruit for the Future 2020, taking place online this year. The new variety was developed as part of the James Hutton Limited breeding program with the support of the UK Raspberry Breeding Consortium and the Scottish government.

FruitNews based on hortidaily.com. reports that the berry’s main feature is resistance to diseases, particularly to root rot. Besides, raspberries are distinguished by their high yield and quality of berries.

“Among the three varieties released in 2020 through the James Hutton Limited program, Glen Mor raspberries have the Rub118b genetic marker, which provides resistance to root rot,” said breeder Nikki Jennings.

Root rot that is harmful to berry trees cannot be localized or eliminated with existing remedies. To avoid infection and spread of the disease, growers grow raspberries in a substrate.

The development of varieties resistant to root rot has long been an important goal of the James Hutton Limited program. Tests by Glen Mor showed that after six years of growing raspberries in an area infected with root rot, the plant itself showed no disease symptoms despite flooding for several seasons. Due to these results, the variety was highlighted in the breeding program, and work was accelerated.

“Glen Mor raspberries have excellent berry quality, high yield, flavor, and large size. Due to its commercial characteristics, it is easy to assemble. The berry size determined the name of the variety: translated from the Old Scottish Mor means “big.” The balance of sugars and acids forms the fresh fruity taste of raspberries. Due to its disease resistance, the new strain allows growers to be more economical in their care work,” added Nikki Jennings.