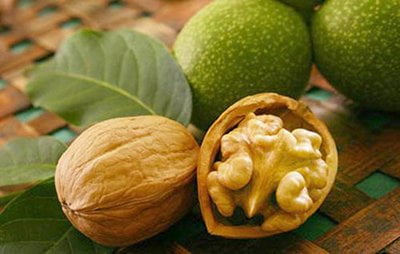 In the middle of next week, peak harvesting of walnuts of early varieties, mainly of local selection, will begin in Moldova. The harvesting campaign starts about ten days earlier than the average time, according to EastFruit analysts . Specialists of walnut farms suggest that “the outstripping pace will continue throughout the campaign, including in the process of harvesting late – American and European – varieties of walnuts.”

Farmers note that the early walnut, in particular, the Peschansky variety, has already reached technical ripeness: the green pericarp separates easily, but it has not yet begun to crack, so the start of the harvesting campaign has been shifted to next week. At the moment, the quality of the fruit is rated above average. But at the same time, there is a considerable amount of walnuts with a drying pericarp. This is an alarming signal, since if such fruits do not undergo post-harvest processing on time, their kernels begin to darken and acquire an uncharacteristic sweetish aftertaste.

The Union of Associations of Walnut Producers of Moldova hopes that this year the process of harvesting and pre-sale preparation of walnuts will move faster than in previous seasons. Since this year the number of walnut farms, which have at least simple installations for washing and drying walnuts, has noticeably increased.

Thanks to the early start of harvesting and building up the capabilities of post-harvest infrastructure, according to the industry union, in 2022 the Moldovan walnut of the new crop will appear on the market much earlier (than, for example, European and even more so American walnut). This is very important in the case of exports of in-shell walnuts.  For this reason, in the coming days, some walnut farms will meet buyers and traders of walnuts from Italy and Slovakia. So far the main trading partners of Moldovan walnut exporters have been German and French traders.

Representatives of the industry union believe that given the good quality of early walnuts, “a comfortable price for farmers to offer in-shell walnuts on the local market will be at least 2.4-2.5 Euro/kg.”