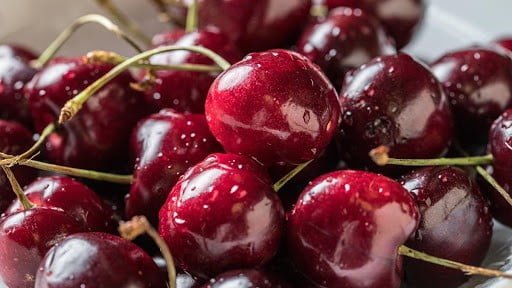 Cherry accounts for about 46% of all world trade in stone fruit in value although the share of cherries in exports quantity is much more modest – only 19%.

The world exports of cherries in monetary terms is growing by $363.27 thousand every year, significantly outstripping other stone fruits trade – peach, plum, apricot. It happens despite the fact that cherries are on average 3-4 times more expensive than the other stone fruits mentioned above!

In fact, cherries trade is getting more and more profits among other stone fruits. What is the phenomenon of cherries? Why is their trade successful globally? What is the reason for the growth in global demand for cherries? Why, despite the growth in the production of cherries in the world, global prices for cherries are growing faster than for other stone fruits?

The economist of the Investment Centre of the Food and Agriculture Organization of the United Nations (FAO) Andriy Yarmak gave answers to these and other questions during a virtual training on the effective organization of promotion and packaging of fruit and vegetable products for exports. The event was organized by the USAID Competitiveness, Trade and Jobs Activity (CTJ) Project.

“First of all, cherry trade is getting more and more importance among the other stone fruits. The second important factor in the growing popularity of cherries is their cultivation in Southern Hemisphere countries, from where they can be exported during the New Year holidays. The population of the Northern Hemisphere, a region with cold winter, is ready to buy expensive fruits. The third factor is that cherries have a taste that the absolute majority of consumers enjoy, unlike, for instance, plums or peaches or even apricots. I have not met a single person who does not like the taste of cherries,” Andriy Yarmak explained.

He also noted other important factors in the global success of cherries like the improvement of growing technologies and acceleration of the breeding programs, which allows to increase the size of the fruit. Cherry calibers 30+ and 32+ are now the standard in many regions of the world.

The same factors have a positive effect on the organoleptic properties of cherries and on their quality, which permits to increase the shelf-life of the product.

Another important discovery that contributed to the increase in the popularity of cherries in the world market, according to the expert, was the Modified Atmosphere Packaging (MAP) technology. It allows to keep cherries fresh for up to 60 days without significant loss of quality. This packaging technology opened up opportunities for the maritime logistics of cherries, which significantly reduced delivery costs compared to air logistics. This, in turn, resulted in reduced price for the end consumer and increased demand. Today, thanks to the MAP technology, cherries can be transported in sea containers to almost anywhere in the world.

“Another feature of the world cherry market, which has ensured its phenomenal success, is the so-called “China’s cherry freedom”. First, cherries have become a symbol of the Chinese New Year, thanks to the promotion efforts by the Chilean Fruit Exporters Association. This is advantageous for Chile as cherries ripen there just in time! Before the start of the Chinese New Year celebrations, Chilean fresh cherries are sold in China in beautiful gift wrapping and in large quantities. At the same time, they have become a symbol of economic prosperity in China – it is considered prestigious to buy cherries in China in winter and it confirms the high social status of the consumer. Thus, cherries in China are a status-symbol, since they are not cheap. At the same time, cherries of large caliber and dark color are preferred on the Chinese market. By the way, China and Hong Kong import $3 billion worth of cherries annually, and the bulk of this import falls on New Year’s holidays,” Andriy Yarmak explained.

He also noted that world prices for cherries are growing faster every year than any other type of stone fruit, despite their being the most expensive product, which indicates a rapid growth in demand! At the same time, prices for fresh apricots, for instance, are declining annually, although world trade in apricots is also growing. Not so fast as in cherries, though.

According to the expert, Uzbekistan, Kyrgyzstan and Tajikistan have an excellent opportunity to make profit on cherries exports, because they, unlike Turkey and many other countries, already have access to cherry markets. In addition, labor costs are significantly lower there than in Chile or even in Turkey, and the smaller the fruit, the more expensive it is to harvest. Thirdly, the climate in Central Asian countries is almost perfect for growing cherries. Fourth, apart from China, the demand for cherries is growing rapidly in many other Asian countries. Fifthly, Andriy Yarmak believes that the development of air logistics will allow Central Asian countries to successfully exports cherries, including to the EU countries, the Middle East and Southeast Asia, as the air transportation cost is low relative to the high price of cherries.

However, the FAO expert drew attention to the need to intensify the production and refinement of cherries, which is indispensable for successful sales. “Hydrocooling is a prerequisite for exporting cherries from a region which is far from sales markets. If cherries are not cooled, you can watch your money going down the drain. Indeed, cherries are often harvested at a very high temperature in Uzbekistan, so they must be cooled to at least 10 degrees Celsius immediately after harvesting, otherwise they quickly lose moisture and weight. You should also pay attention to the technology of growing cherries in greenhouses, and switch to intensive production technologies in order to obtain high-quality large cherries,” Andriy Yarmak summed up.