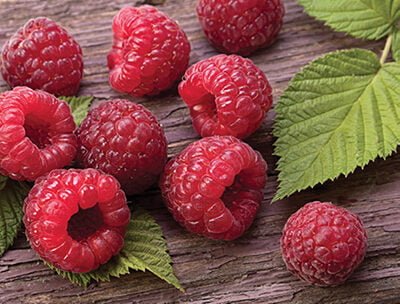 In Georgia, in the regions of Kakheti and Kvemo Kartli, the first harvest of raspberries began, according to farmers, this year the season started earlier than last year. According to preliminary estimates, the listed regions are expected to have a good raspberry harvest due to favorable climatic conditions in spring, although hot summers remain a problem for raspberry production as most prodcers in Georgia still are not equipped with sun protecting shade cloths.

The cooperative “Agrostore”, which grows organic raspberries on 2.5 hectares in Kakheti, has already begun harvesting. This year, the company plans to sell most of the yield in supermarket chains, as well as in the Tbilisi agrarian market. Since this Monday, Agrostore’s raspberries are already selling in the Carrefour supermarket chain in Tbilisi with the brand name Siamo. At the beginning of the season, price at the supermarket will be 19 GEL/kg ($5.8). Although they intend to get a high price throughout the season due to premium quality and branded berries.

Raspberries are already ripe in Kvemo Kartli too. The Partnership Berry-Berry plans to deliver the first harvest for sale in a few days. Like Agrostore, the partnership is also involved in organic raspberry production, with the transition period to organic production ending in this autumn. Berry-Berry plans to sell the primary quality raspberries in the supermarkets this year, and the rest will be delivered to the processing company Glenberries, which currently offers  5-6 GEL ($1.2-$1.8)  per kilogram of raspberries, which, according to the representative Alexander Vashakidze, is an acceptable price. Based on negotiations with supermarkets, the partnership will sell the first harvests at 10-11 GEL / kg.

On the last year’s season raspberry prices first appeared on east-fruit monitoring on 11 June. At the beginning the average wholesale price of raspberries was 10 GEL/kg ($3.3), but with the increase in supply (June-July), prices fell to 6-7 GEL/kg ($2-$2.3).