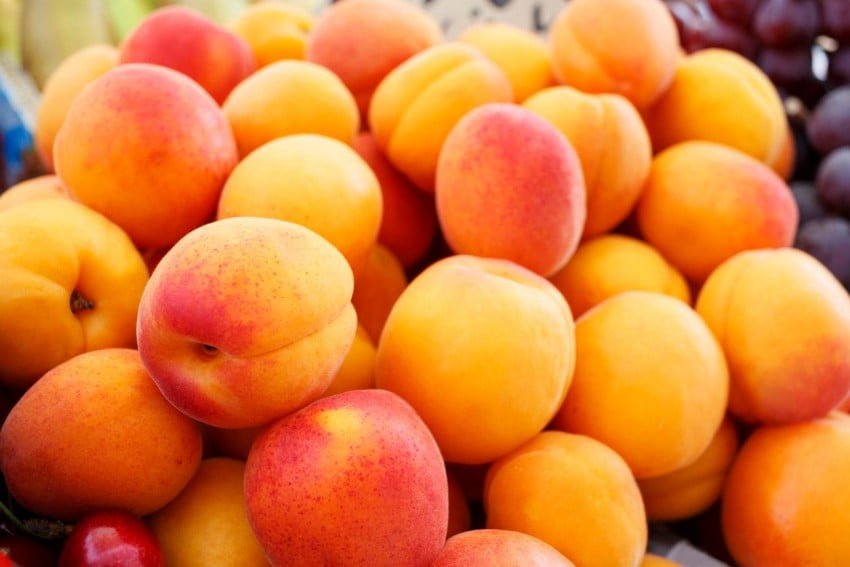 Home › News › Will Uzbekistan, the world’s second largest exporter of apricots, become a net importer in 2021?

EastFruit analysts in Uzbekistan report that there are almost no exports of fresh apricots from the country in 2021, despite the fact that the export season should be in full swing now. Moreover, due to high prices for apricots in the domestic market and relatively low prices in neighboring Tajikistan, Uzbekistan is importing apricots from Tajikistan this year. Therefore, Uzbekistan, one of the world leaders in the export of fresh apricots, is now de facto a net importer!

The main reason is the frosts, which affected the farmers of Uzbekistan and to a lesser extent, the harvest in Tajikistan. Two waves of frost at the end of February and in mid-March caused serious damage to the harvest of stone fruits this year, especially apricots. EastFruit specialists seem to have estimated the damage quite accurately, since our forecast of high prices for apricots in 2021 in Uzbekistan is 100% coming true. We estimated the loss of the apricots harvest in Uzbekistan at least at 60-65% then. At the same time, we noted that the real damage could be even greater. We also mentioned the possible negative impact of bad weather on the quality of Uzbek apricots.

All this is confirmed by the developments on the market. In fact, it makes no economic sense now to export apricots from Uzbekistan to Russia, their main market.

As of May 21, 2021, the average wholesale price of apricots in Moscow, the capital of Uzbekistan’s, was $ 2.74 per kg. At the same time, prices for apricots on the domestic market of Uzbekistan, despite the massive harvest, ranged from 26,000 sums/kg ($ 2.5) to 58,000 sums/kg ($ 5.5), depending on the size, variety and other quality characteristics. It should be noted that prices in Uzbekistan at this time were 6.5 times higher than last year on the same date.

However, in Tajikistan, where the losses of apricots were less substantial, their prices are now within the range of $ 0.79-1.06 per kg, i.e. 3-5 times lower than in Uzbekistan. An additional factor of pressure on apricot prices in Tajikistan, besides a good harvest, is the complete closure of the border with Kyrgyzstan, through which exports were usually carried out. Therefore, it is now profitable for Uzbekistan to export apricots from Tajikistan. Tajikistan, as a rule, focuses on apricots for dried fruit production, rather than for fresh market. Therefore, it is unlikely that the export of Tajik apricots will replace the Uzbek export in the markets of Kazakhstan and Russia.

This year the wholesale prices for apricots in Russia are higher than last year by 25% partly due to the lack of supplies of fresh apricots from Uzbekistan. After all, Turkey is also using its opportunity on the Russian apricot market now due to the lack of competition. Turkish farmers are making good profit now, and exporters sell apricots at $ 1.50-1.60 per kg on FCA (Turkey) terms.

Considering that the EU apricot harvest in 2021 will decrease by 20% compared to 2020 and by 40% compared to the 2015-2019 average, and in Moldova the season is delayed by two weeks, this season can be very successful in apricot for Turkey. Russia, however, also has nowhere to import fresh apricots from, except for Turkey.

According to EastFruit, fresh apricot was the fastest growing Uzbek export position until 2021 among fruits, increasing almost one and a half times annually. This is despite the global downward trend in export prices for apricot. However, things can change dramatically this year, and world prices for apricots are likely to be at a record high for the past several seasons.