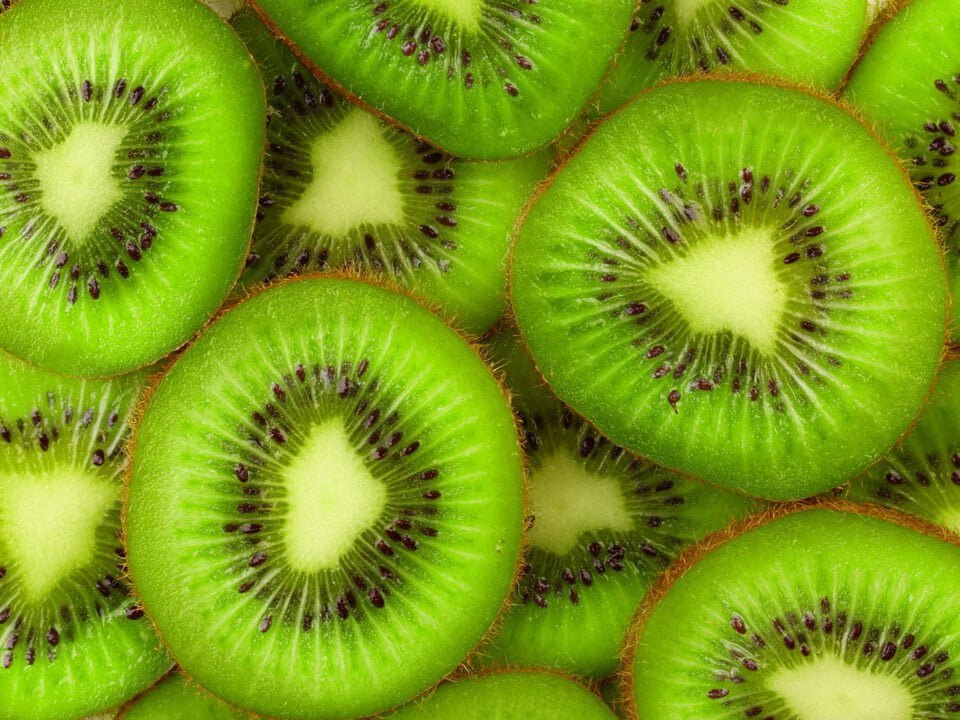 Home › News › Why is kiwi from Georgia exported mainly to Japan and Germany? (video)

Kiwi is one of the trendiest positions in global fruit and vegetable trade, and its consumption is growing rapidly. According to a study by EastFruit, over the past 5 years (2015-2019), global kiwi trade has grown by 7% or $ 217.9 million per year. Thus, in terms of the growth of global trade in fruits and berries, kiwi came after blueberries, avocado, cherries, raspberries, durian and mango.

Our region is in a global trend and is interested in growing kiwi. Moreover, there are countries that are already exporting kiwi and producing exotic fruits that are unique in their properties, which are in demand even in the pickiest countries!

As the title says, we will talk about Georgia and Georgian kiwi. Georgia is the only country in the region where kiwi is produced in relatively large volumes commercially. The first kiwi plantations also appear in Uzbekistan and even in the relatively cold Ukraine.

Georgia has recently started to produce kiwi, but it has more than 10 years of experience in cultivating this crop. According to Geostat’s data, over the past 5 years, kiwi production has grown by 50% and reached 1.5 thousand tons. Three regions of Western Georgia – Samegrelo, Guria and Adjara, have the best climatic conditions for growing kiwi. However, due to climate change, kiwi has also been planted even in the eastern part of the country and in such a traditional wine-growing region as Kakheti. Why not – kiwi has a lot in common with grapes. For example, like grapes, kiwi is grown on a pergola. Many people make beautiful green gazebos from kiwi vines right next to the house.

Kiwi in Georgia is mainly produced by small farmers on small areas – on average, each producer has less than one hectare of land. Georgian kiwi producers sell their harvest of at the local market, where both consumers and intermediaries buy it.

The main problem of small-scale kiwi producers in Georgia is the lack of funds to expand production and install cold storage. Indeed, during their ripening period, their supply on the market rises sharply, and their prices drop, respectively. 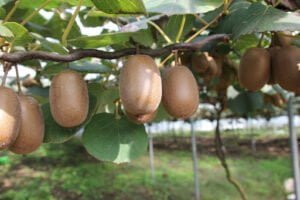 Small farmers also complain that kiwi production, unlike other fruits and berries, is not eligible for government support programs. In particular, the inclusion of kiwi in the “Plant the Future” state program would significantly increase funding for the development of this very promising culture. After all, Georgia, as we will prove below, can grow kiwi of unique quality.

Another problem with Georgian kiwi is the extremely low prices for fresh kiwi imported from Iran. The price of Iranian kiwi at the Georgian border decreased from $ 0.60 per kg in 2018 to $ 0.40 per kg in 2020, and the import of kiwi from Iran in 2020 exceeded one thousand tons – 85% of all kiwi imports to Georgia. Therefore, given the possibilities of growing other relatively expensive crops, such as blueberries or hazelnuts, in the same climatic zones, there are cases when producers change their profile, refusing to grow kiwi.

Agronomist Akaki Glonti, who advises kiwi producers in Georgia, notes that growing kiwi is not difficult. The only problem that local producers have already addressed is the spring frosts. But hanging sprinklers, which also water the plant, eliminate the risk of flower loss due to frost.

A more serious problem is the recently widespread decay of the roots and vines of the kiwi. Farmers note that rotting is more common in biological (organic) farms when kiwi is fertilized with manure. When using mineral fertilizers, this problem occurs much less frequently. This issue requires detailed study, and the request has already been sent to the competent authorities to conduct laboratory studies and identify the causes and ways to combat them.

In 2018, several Georgian kiwi growers united into the Georgian Kiwi Producers Association, which today includes 114 farmers from all over the country. These farmers have a total of about 70 hectares of kiwi orchards. According to the head of the association, Demur Pipia, Georgian kiwi, due to its taste and high sugar content, has great potential on international markets. However, in order for Georgia to be able to produce a sufficient amount of quality kiwi, farmers must have the necessary knowledge about modern technologies for growing, storing and processing kiwi. “Until the last decade, farmers were not interested in commercial production of kiwi in Georgia, so they do not have enough knowledge and experience to produce high-quality products,” Demur said.

Today, members of the association sell part of their harvest in local agricultural markets, and part of them is bought by Nergeta, which grades and brands kiwi for local retail. Nergeta is one of the largest kiwi growers in Georgia, which owns about 30 hectares of kiwi orchards in the Samegrelo region (Western Georgia). This allows the company to guarantee volumes and quality in export markets – in the EU, where Georgian kiwi was introduced in the German Lidl chain and even in Japan.

Moreover, Japan is the main sales market for Georgian kiwi – since 2016, about 70% of Georgian kiwi exports went to Japan, which confirms unique qualities of Georgian kiwis. After all, Japan is a country with the highest quality and safety requirements for products supplied to its market. In addition, Japanese consumers are willing to pay high prices for fruits with unique qualities. At the same time, Japan is the second largest world importer of kiwi, so Georgian exporters have set export priorities right as well. In the traditional sales market for Georgian fruits, Russia, the import of kiwi is decreasing, contrary to global trends.

Demur Pipia considers partnership with “Nergeta” company to be one of the important factors for the development of the Georgian plant breeding sector. The partnership involves not only selling the fruit, but also training local kiwi producers to improve the quality of their products.

It is also important to note that interest in kiwi is growing not only among producers, but also among consumers in the region. This means that the local market for kiwi is becoming attractive. 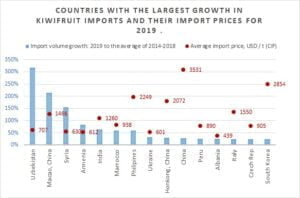 We have already written that even Tajikistan liked kiwi. As you can see in the graph, Armenia, is also increasing its import of kiwi. According to EastFruit’s estimates, Ukraine is increasing kiwi imports more slowly than Uzbekistan, but the volumes are much higher. Ukraine imports over 17 thousand tons of kiwi annually. The import of kiwi to Uzbekistan is also rapidly growing – according to this indicator, the country is a world leader, although the volumes are very small there.

Thus, Georgia has every opportunity to develop the production and export of exotic kiwi fruits, which are becoming more common on the tables of consumers in our region.