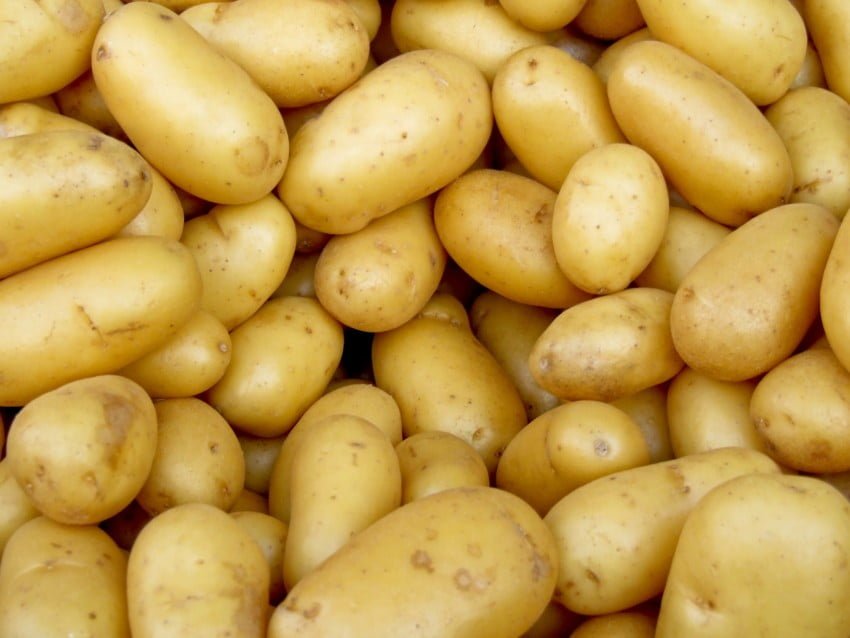 Home › News › Where can Russia get potatoes? Analyzing the prospects for covering the acute shortage

The situation on the potato market in the region, and especially in Russia, is developing very dynamically. However, according to EastFruit experts, the possibility of an acute shortage of potatoes in the Russian Federation has become very real in recent days, especially in light of the latest decisions of Belarus, Kazakhstan and the situation in Egypt and Uzbekistan. Let’s start with the background.

After Russian market participants began to realize in August that the country would experience a shortage of potatoes in the 2020/21 season, they immediately began to look for countries where potatoes are in abundance. Potato prices during this period broke away from the standard indicators and began to rise sharply. They are on 3 times average higher now than usually in this period, as can be seen in this EastFruit price monitoring chart.

However, all countries where Russia could buy potatoes in large volumes and in good quality, namely the EU countries and Ukraine, cannot supply potatoes, as well as other vegetables and fruits there by the decision of Russia itself. So far, Belarus is helping to partially overcome this artificial barrier, but Belarus itself is experiencing a shortage of potatoes and even imported them during the harvest from Ukraine this year. But Belarus also decided to ban the imports of fruit and vegetable products from the EU from January 1, 2022. Therefore, the re-exports of European products through Belarus to Russia will stop from January 2022, and it will have to look for alternatives. And there are not so many of them.

Unexpected and unconventional suppliers such as Iran and Georgia became the main sources of potato imports to Russia in October 2021! The third largest supplier was Belarus, which itself experienced a shortage, and the fourth – Moldova! Serbia was also among the major suppliers of potatoes to Russia, which also suggests re-exporting products from the EU, as potato prices in Serbia were unusually high, and it bought potatoes even from Ukraine.

Notably, Pakistan that supplied large volumes of potatoes to Russia in the first half of 2021 has almost stopped exporting them to Russian market since July. At the same time, Pakistan remained a key supplier of potatoes to Uzbekistan and other Central Asian countries. Potato prices in Uzbekistan were higher than in Russia, and logistics to Uzbekistan from Pakistan were cheaper. Therefore, Uzbekistan bought larger volume of potatoes as one of their world’s largest importers. It turns out that Uzbekistan, which was a reliable market for potatoes for Russia, has turned into a competitor in the market for their purchase. Thus, the prospects for the supply of early potatoes from Uzbekistan to Russia in spring 2022 are not obvious, as potato prices remain record high there and are also likely to grow.

Kazakhstan, fearing a shortage of potatoes on its market given the situation in Russia, made an unpopular decision to completely ban the exports of potatoes from the country for three months, i.e. until the end of February 2022. Therefore, there is no reason to hope for the purchase of potatoes from Kazakhstan either.

As a rule, Egypt supplies very large volumes of potatoes to Russia from February to June. However, the prospects for supplies to Russia in 2022 look much worse than usual. According to our information, Egyptian farmers have sharply reduced the area planted with “winter potatoes” to be harvested in January-February 2022. Given the sharp rise in the cost of logistics, Egypt is focusing on the supply of potatoes to the countries of the Middle East and Africa, and Russia is no longer a priority for it.

Russian supermarket chains are now starting to place orders for the supply of potatoes from Egypt. According to Egyptian potato exporters, chains are now asking for a record volume – up to 50 thousand tonnes to each! However, there are not enough potatoes in Egypt to cover this demand. The second problem is the price of Egyptian potatoes – taking into account delivery, prices reach $600 per tonne on the CIF Novorossiysk basis, excluding port fees and duties. And this is 50% times more expensive than the current price for potatoes on the domestic market of Russia which is already record!

Returning to Iran, it should be noted that it also exports potatoes to Uzbekistan and other countries. Potato stocks are also rapidly decreasing there, while prices are rising. Therefore, Iran will not be able to cover the entire potato deficit in Russia, even if the production of early potatoes increases in spring.

Thus, given the poor choice of suppliers, potato prices in Russia will most likely tend to increase from today’s 30 RUB/kg ($0.41/kg) to 50 RUB/kg in February 2022 or even higher. Given already record high prices for most of the traditional vegetables of the so-called “borsch set” and especially cabbage, rising potato prices to such high levels could also create additional difficulties for low-income consumers. At the same time, high prices for potatoes may again attract new farmers to grow them, although the basic requirements for entering this business in Russia are constantly growing.

The potentially high profitability of growing potatoes in the southern regions of Russia, as well as in the countries of Central Asia, this season should also be noted. They can make good money both on domestic sales and on the exports of potatoes to the Russian Federation.