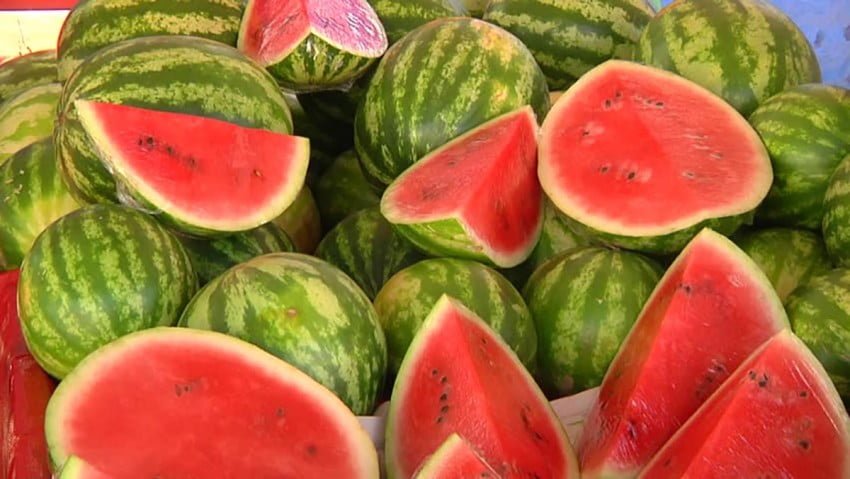 Watermelon harvesting has started in Georgia, but farmers are not very excited about current market situation. Imports are unusually high and prices low for the season start. Watermelon imports haveincreased more than four times in March-May compared to last year same period. 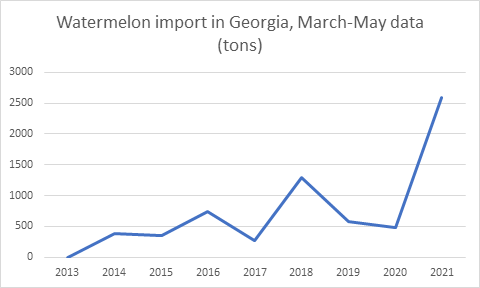 According to official data published by the Ministry of Finance, Georgia has imported 2589 tons of watermelon from Iran and Turkey in March-May 2021. This is the highest amount for the last 8 years, same period. Increased imports is related to the market state in producing countries. One of the Turkish watermelon exporter companies in conversation with Fresh Plaza reported that this year demand for Turkish watermelons in EU countries has decreased due to competition with Greek watermelons on the European market and relatively cold weather, which also affects demand because watermelon mainly is consumed when it is hot.

Together with decreased demand, prices of watermelon have also decreased. According to official data average price per kg of imported watermelon in Georgia, this year was $0.1 which is 50% lower compared to last year ($0.15) same period. Increased imports and low prices negatively affected the local market.

“Last year, during this period, we were paid at least 0.6 GEL/kg ($0.2), but this year the prices started at 0.5 GEL/kg ($0.15), and by this time it has dropped to 0.45 GEL/kg ($0.13). The profits of watermelon growers largely depend on the beginning of the season because only at the beginning they can get a relatively high price. However, the production of early watermelon is also associated with higher costs.