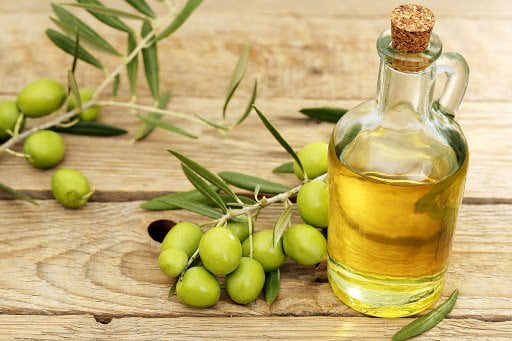 Uzbekistan plans to join the countries that produce their own olive oil in the coming years. At the end of March 2021, the National News Agency of Uzbekistan announced plans to establish olive plantations on 530 hectares in the south of the country in the same year.

What motivated this plan and what are the risks and opportunities on the way to its success? Why did Uzbekistan decide to grow this unconventional culture for the region? Will Uzbekistan be able to compete in the olive oil market, which is not popular in the country and in the region? EastFruit experts tried to figure it out.

Uzbekistan plans to establish olive orchards on 500 hectares in the Surkhandarya region and 30 hectares in the Kashkadarya region. They intend to plant 465 thousand seedlings of frost-resistant (up to minus 10 degrees) varieties, such as Arbusano (Italy), Arbikino (Italy), Manzania va Colores (Spain) and Gemlik (Turkey).

The establishment of olive plantations is carried out as part of the program to replace the import of vegetable oils, since, according to the statistics provided in the material, 55% of the vegetable oil consumed in the country is produced from local raw materials, and respectively, 45% is imported.

However, it is not reported how a new “exotic” oil will be introduced to the Uzbek consumers, of which they know little. Sunflower and cottonseed oils are more popular here. It should also be considered that olive oil is the most expensive among bulk vegetable oils, because it is considered the most valuable one and is more expensive to produce.

Olive oil is usually used in salads. It is considered the healthiest of the mass vegetable oils, because of the monounsaturated fatty acids and vitamins E, A and D it contains. Therefore, its regular consumption is good for heart, general rejuvenation of the body, improving skin, hair, nails and the digestive system.

Spain is by far largest producer of olives with almost 10 million tons. More than a million tons of olives are also harvested in Italy, Turkey, Greece and Morocco. Another group of producers, which are aiming at a production of 1 million tons and are actively growing, includes Egypt, Algeria, Portugal and Tunisia. Other countries produce and harvest much less. For instance, Iran, the largest producer of fruit and vegetables in the region, produces less than 100 thousand tons of olives per year.

Olive oil has a low burning temperature, thus cooking with it can generate smoke containing compounds that are harmful to health. Therefore, olive oil is not suitable for cooking because of this and because it costs much more than alternative oils: sunflower, soybean, rapeseed and palm.

The history of the cultivation of olive tree in Uzbekistan dates back to 2002, prior to which the olive had never been grown in Central Asia. In February 2002, 4 olive tree seedlings were brought from Turkey. They were planted in the same Surkhandarya region, which is a subtropical zone. The plant vegetated over the next 3 years and the fruits ripened in 2006. This is how the first experiments on growing olives in Uzbekistan began.

However, the cold winter of 2007/2008 interrupted these experiments as in January 2008, the temperature at night often dropped to minus 10 degrees and below, also, there were freezing temperatures in 20 out of 31 days during this month and all the olive trees froze.

Olive trees from Turkey were replanted in spring 2008. In addition, trees began to regrow from underground stems on the old plantation. Since the winter of 2007/2008 taught a serious lesson, the nurseries of the republic created their own variety – “Uzbek Olive”. It is adapted to local soil and climatic conditions and can withstand up to minus 20-22 degrees.

The Uzbek delegation took part (in an observer status) in the 111th session of the International Olive Council (ICO), held in the form of a videoconference in July 2020. During his speech, Minister of Agriculture Jamshid Khodjaev noted the potential for the development of the olive industry in Uzbekistan and the growing interest of Uzbek farmers. In November last year, the Uzbekistan 24 TV channel prepared a video about experimental olive tree plantations in the Surkhandarya region in Uzbek and Russian, noting the drought tolerance of the olive as one of the important factors for its cultivation in the south of Uzbekistan.

Georgia has also been actively developing the cultivation of olives in recent years and has already had its first results. Regarding Uzbekistan, it has a potential for producing and processing olives. However, one should consider not only climatic risks, but most importantly, the need to promote the consumption of olive oil and olives in the country. After all, olive oil will not become a cheap alternative for the consumer, but rather a premium and expensive product, which can become a serious obstacle to the development of the olive business given the low level of income in the country.

It should also be noted that Uzbekistan should not rely on the export of olive oil, because there is a high level of competition in the world market.  The quality comes to the fore here, and it can be achieved only with the experience that Uzbek producers have yet to accumulate.

Not a good start for greenhouse cucumber in Moldova